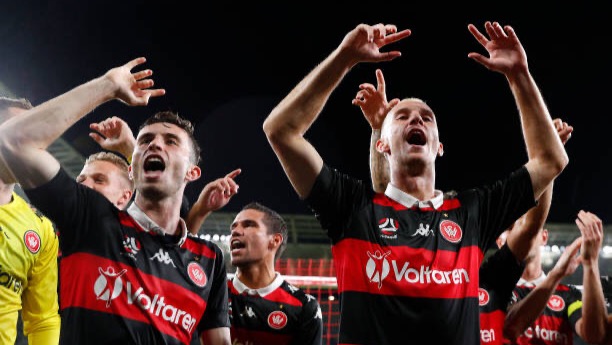 Two clubs in Austria and at least one more in the Netherlands are monitoring the flying fullback, who is off contract in June.

Newly qualified for a Maltese passport and the European eligibility that brings, Aquilina, 20, is likely to start in Saturday night’s derby against Sydney FC, as he looks to build on his breakout 2020-2021 campaign.

But the player blessed with an engine that never quits and abundant technical attributes is already musing on a future beyond Australia - assuming he can continue his upward domestic arc.

“If the time’s right and the opportunity is right 100 per cent I’d love to go to Europe, or wherever it takes me, I think that’s everybody’s ambition as a young kid,” Aquilina told FTBL.

“You want to play with the best in Europe. It’s fair to say that’s the capital of football and that’s where all the best players end up and where the best leagues are.

“I’ve got to keep working at it and continue to keep playing well - that’s the most important thing.”

Maltese federation chiefs have also sounded the former Joey and Young Socceroo out over a potential switch of allegiances.

But the ex-Wanderers junior is sticking with the land of his birth.

“I was approached about a year ago - they were just fishing around to see whether I was interested,” he explained.

“But I want to stay on the Australian track and hope to one day play in a World Cup.

“I’ve been part of the system for a while now, and have also been identified by the Olyroos.”

Naturally a right sided player, Aquilina operated on both flanks as he burst on the scene last season, racking up stats which made him difficult to ignore.

He garnered two man of the matches - one in the Sydney derby and featured in four team of the weeks. He won 70 per cent of his tackles, 68 per cent of his aerial duals and also grabbed two assists in his 23 appearances.

“I didn’t expect to play as much as I did, it was my debut season and I'd just signed a professional deal with the club," he said.

“It was something I can look back on but also look to improve on. Everybody always says the second year is the hardest, especially if you’ve had a successful first season."

Whilst his gaze is focused offshore, there’s every chance Wanderers will seek to tie Acquiina down as he goes head-to-head with Tate Russell for the right back spot.

“I’m not the only one off contract at the club at the end of the year, and there’s a fight between everybody to secure an upgrade or another deal,” he added.

“It does get a bit scary if you think about it, knowing you’re off contract. It adds a little bit of pressure.

“But pressure is good because it makes your perform better.”