Mercedes has admitted to concerns over an MGU-K "gremlin" ahead of the Abu Dhabi Grand Prix that has forced all its Formula 1 teams to turn down their power.

With power unit components getting towards the end of their life, Mercedes' worries have been heightened by a recent run of breakages.

Racing Point's Sergio Perez lost a near certain podium at the Bahrain Grand Prix when he suffered an MGU-K failure late in the race, while Williams driver George Russell suffered a similar issue in Friday practice in Abu Dhabi.

Amid no definitive answer as to what is going wrong with the MGU-Ks, Mercedes has elected to try to play things safe for the season finale.

Asked about the situation, Mercedes motorsport boss Toto Wolff confirmed that all the power units had been backed off a bit.

"We've got a bit of a gremlin sitting in there," he said.

"The MGU-K is below the power that it should normally give. We don't understand exactly why yet. So we've taken a bit of performance out of it, on all the Mercedes engines." 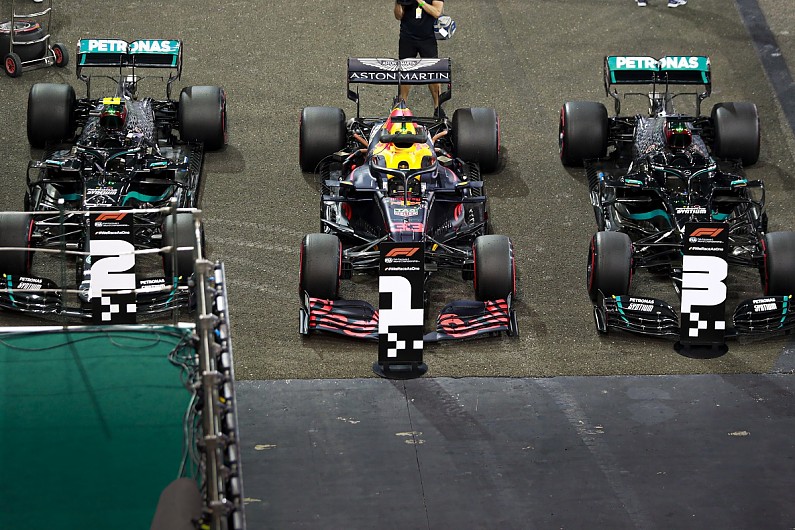 The question marks over Mercedes reliability played a part in Racing Point's decision to switch Sergio Perez to a completely new power unit for the Abu Dhabi Grand Prix.

It means the Mexican will start from the back of the grid.

Although the engine factor hindered Mercedes' performance in qualifying, Wolff says Lewis Hamilton and Valtteri Bottas' efforts have also been hampered by difficulties getting on top of the tyres this weekend.

"We didn't get the soft tyre right," explained Wolff.

"That's an outlier. The overall gap to the field is much smaller than we would have liked and we have to learn from that now.

"We can't say exactly what it is yet. We did quite well on the medium. The tyre suited us much better than the soft.

"But we were also very strong on the soft this year. You have to analyse the data, but we are not there yet."

The Autosport 70 special, celebrating the best of motorsport, is no longer available to buy online, but is available to new magazine subscribers. To subscribe, please go to: autosportmedia.com