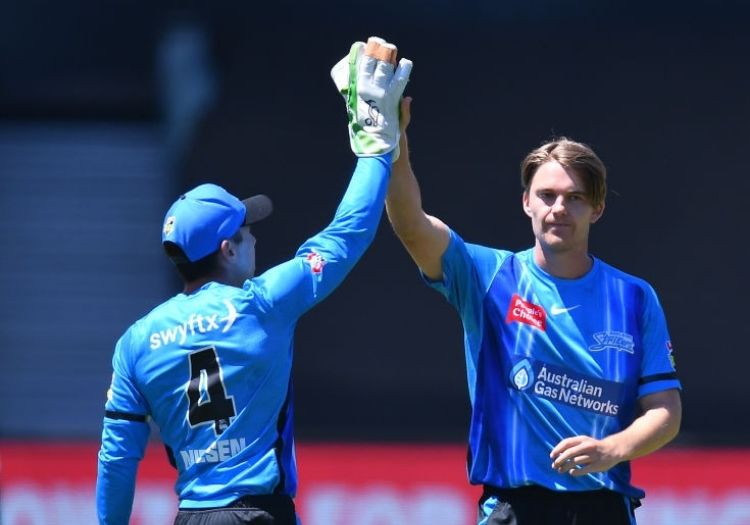 The Strikers endured a torrid first half of the 2021-22 Big Bash, losing six of their opening seven match. However, since the New Year, Peter Siddle’s side have won four out of a possible six matches and are now on a three-match unbeaten streak.

Batting first, Matthew Short got the Strikers off to a bright start, scoring 33 runs from 22 balls despite losing his opening partner, Matt Renshaw, for two. Ian Cockbain also chipped in with 17 runs, but it was Jonathan Wells who did the bulk of the scoring. 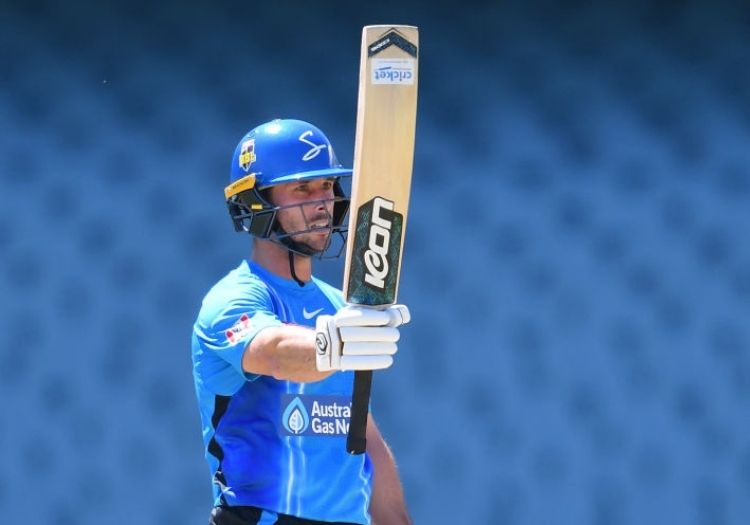 Weatherald was removed by Sam Rainbird (caught Hilton Cartwright) for 17 (23 balls) in the 18th over.

Thomas Kelly and Wells then departed in the final over, the former bowled by Ahmed Daniyal and the latter runout by Beau Webster and Joe Clarke, as the Strikers closed on 155 for 6.

In reply, the Stars lost skipper Glenn Maxwell for 16 in the third over, bowled by Thornton, and his wicket triggered a top order collapse, the scoreboard quickly moving from 21 for 0 to 37 for 4. Joe Clarke (bowled Matthew Short), Marcus Stoinis (caught Short, bowled Fawad Ahmed) and Webster (caught Harry Nielsen, bowled Thornton) all departed for single-figure knocks.

Cartwright and Joe Burns steadied the ship, adding 42 runs of 45 balls for the fifth wicket before the latter was bowled by Siddle for 25 at the end of the 14th.

Holy smokes one of the shots of #BBL11 from Hilton Cartwright! ???????? pic.twitter.com/wVdOe2GKiQ

Accompanied by Hinchliffe, Cartwright put the hammer down, smashing 27 runs off 11 balls as part of a 42-run stand (23 balls) but it was too little, too late.

Harry Conway brought the partnership to an end in the 18th over, removing Hinchliffe for 15, before Thornton dismissed Cartwright (49 off 35) and Rainbird in the penultimate over to finish with figures of 4 for 26. Melbourne Stars closed on 132 for 8, 24 runs shy of victory.

Adelaide Strikers have moved up to fourth in the table following their third successive victory while Melbourne Stars are sixth, six points off fifth-placed Hobart Hurricanes with two matches remaining.

Please ensure all fields are completed before submitting your comment!