Doom Is Basically the Video Game Version of Alien | CBR

CBR - Comic Book Resources
Share on FacebookShare Share on TwitterTweet
The first-person shooter Doom is the video game equivalent of Ridley Scott's Alien, but why has it struggled to become as big a hit at the cinema?

The Doom Slayer is back in Doom Eternal, out now on PC, PlayStation 4, Google Stadia and Xbox One. Unsurprisingly, the first-person shooter is another smash hit for the Doom franchise, proving it's the undisputed champion of the genre -- despite the tearful protests of Halo fans.

While the video games continue to dominate 27 years after the first title arrived on MS-DOS, the franchise has struggled outside of gaming. This is astonishing since Doom is essentially the video game equivalent of Ridley Scott's classic, Alien.

RELATED: Inside the Unlikely Friendship Between Animal Crossing and DOOM Fans

Continue scrolling to keep reading Click the button below to start this article in quick view.

Scott's sci-fi horror film largely focuses on acid-spewing xenomorphs and Sigourney Weaver's Ellen Ripley, and Doom undoubtedly borrows the same concept. Where else would you find a tough-as-nails protagonist tearing up space stations and outer space to put the beatdown on annoying creatures suffering from a terrible case of acid reflux? John Carmack, id Software co-founder and lead programmer of 1993's Doom, admitted as much in a Q&A session, stating the game was inspired by Dungeons & Dragons, Evil Dead II and Aliens.

The Doom franchise has ventured into film twice -- most notably with 2005's eponymous movie, starring Karl Urban and Dwayne Johnson. While it was a box-office bomb (grossing $58 million against a reported $60-70 million budget) and received generally negative reviews, it's become something of a cult classic since then. If anything, its first-person action scene in the film's climax is the perfect fan-service moment for Doom players.

In addition, last year Tony Giglio's Doom: Annihilation was a direct-to-video release. Looking more like a Troma film than an adaptation a best-selling video game, it was even worse than the 2005 movie with horrendous special effects and a stiff cast. The fact that most people don't realize it exists tells you all you need to know about it.

RELATED: The Xenomorph's ORIGINAL Backstory (In The Alien Movies)

Considering the resurgence in the franchise's popularity after 2016's Doom and now Doom Eternal, the distinct lack of effort from film studios to invest in another blockbuster adaptation is bizarre. Especially since the video-game movie curse seems to finally be lifted based on the the success of big-screen outings like Rampage, Detective Pikachu and Sonic the Hedgehog.

That being said, an authentic Doom adaptation could be a challenge for a studio looking to appeal to a wide audience due to the story's graphic violence. The franchise certainly veers into R-rated terrain, which instantly limits potential viewership. However, recent times have shown there's a market for adults-only releases. Mortal Kombat's R-rated reboot will hit theaters next year and promises to embrace the franchise's gory roots. If the film proves to be a success, rest assured that the door will open for other violent video games to be adapted in a way that's true to the source material.

That could mean a new Doom film would be the next blockbuster big-screen sci-fi horror. Combine the heart-stopping action of Alien with the demonic horror of Event Horizon, set it in an isolated location and watch the audience squirm and cheer. Sure, it isn't a novel concept -- or Oscar-worthy by any stretch of the imagination -- but it has the potential to be a bloody good time for everyone.

In the meantime, fans will have to make do with Doom Eternal. The game's poised to clean up at award ceremonies and dominate sales charts, so there's no way that this franchise can be ignored any longer. Let's be real: A worldwide Doom takeover isn't a matter of if but when.

KEEP READING: Video Game Adaptations Could Be the Next Big Genre in Cinema 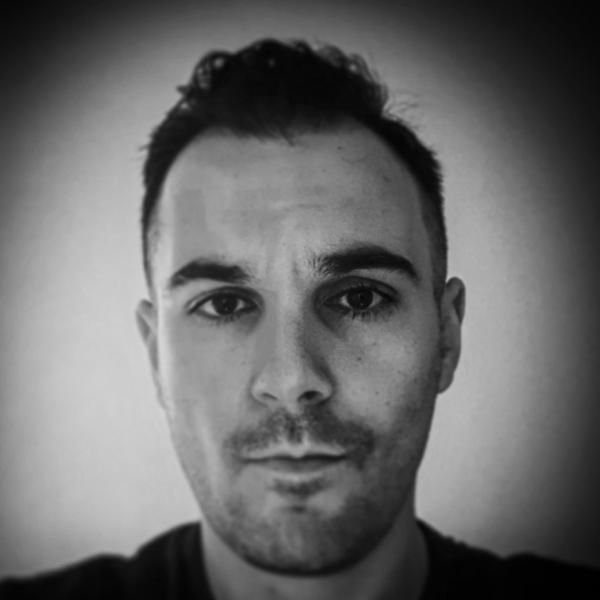 SERGIO PEREIRA is a speculative fiction author and journalist from Johannesburg, South Africa. He has a strong interest in comic books, film, music, and comedy. When he's not reading or writing, he enjoys a game of Pro Evolution Soccer, watching football, catching up on films, and playing with his dog. His short stories have appeared in various magazines and anthologies, such as Devolution Z, Sirens Call Publications's Monster Brawl!, Centum Press's 100 Voices, and Tales from the Lake: Vol. 3 from Crystal Lake Publishing. Rumour has it that when you read his articles, a magical unicorn comes and answers all of life's difficult questions. Okay, maybe that last bit is a lie, but did it at least make you laugh considering that you made it this far?