The Atlantic
Share on FacebookShare Share on TwitterTweet
Her religious background could make her less predictable than many presume. 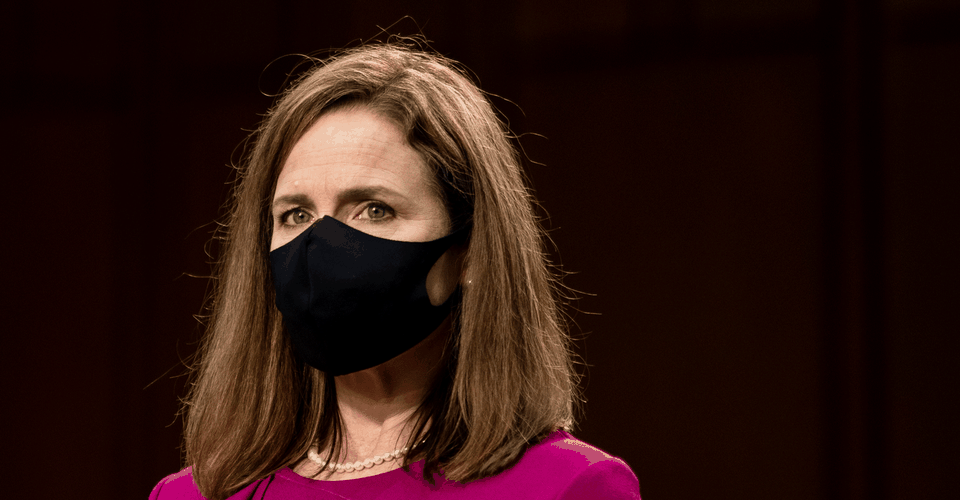 Commentators are treating Amy Coney Barrett, recently nominated to the Supreme Court, as a conservative Christian who will vote in lockstep with other conservative justices. Her religious background, though, makes her less predictable than many presume.

People of Praise, the community into which Barrett was born and to which she still belongs, is one of many communities formed in the heady days of the late 1960s and early ’70s, when many Americans became hippies and then Christians, drawn by a radical critique of the mainstream world and the sense that by living differently together, they could bring change into the world. The movement offered young people a way to avoid the ugliness of dropping acid and casual sex but still get the experiential high for which they yearned. As Larry Eskridge argued in God’s Forever Family, the Christian youth movement is among the most important and underappreciated in American religious history. It transformed American evangelicalism in the decades after the Vietnam War—endowing evangelical Christianity with its distinctive folk music, its come-as-you-are informality, and its insistence that everyone can have a direct experience of God.

Thousands of young people became hippie Christians. They wanted God to be a living presence in their life. Many spoke in tongues, uttering rapidly a series of repeated phonemes. With practice, speakers can feel as if the sounds come of their own accord, spoken by another being, transmitted through their mouth, otherworldly and oddly beautiful. They learned to prophesy, and to feel that God had given them words to speak that simply appeared in their mind. When they prayed, they looked for the voice in their thoughts that did not feel like theirs. They came to believe that their prayers had power because God was acting through them. Many of these young Christians, guided by older pastors or elders, set up communities loosely modeled on the idea that they were like the early Christians, living communally, praying communally, changing the world. People of Praise was one such community.

I have studied charismatic evangelical Christianity for years. What is it to be someone who has lived within these groups? The communities are often highly structured. People sometimes live in group houses where they pool their finances and take responsibility for one another’s lives. They set out to follow the Bible as written. One young married couple I met, who had lived in such a community when they were young, were told when they had quarreled (following Peter 2) that the wife should kneel before her husband every day for a week, and call him Lord. The other side of that coin, though, was that everyone was committed to the marriage. Such communities can regard feminism as a danger—and also provide the communal support that makes it possible for a woman with seven kids to have a high-powered career.

More profoundly, these communities inhabit a world charged with divine meaning, which their members must interpret in order to know God’s will. Every decision—what to eat for dinner, where to go to school, even what to wear—is an invitation to think about what God wants. Members may feel a strong sense of having been called out by God to do their jobs.

And these calls involve a process of discovery, as members’ sense of self is always emerging out of their own growing, changing understanding of God. A skeptic will say that such a sense of God’s purpose is entirely determined by their community. But charismatic evangelicals say that God feels more real when he startles them—when he tells them to do something surprising that they would never have chosen on their own. What makes Barrett unpredictable is the possibility that she will interpret God as speaking in ways that she, and the broader conservative world, might not have anticipated.

Read: The irony at the heart of the Amy Coney Barrett fight

In my research on charismatic evangelical Christianity, I have seen that people experience God as doing surprising, startling things, and that their sense of being surprised by God becomes proof that they are acting as he wills. I met, for example, a man who joined the Word of God (the community from which People of Praise developed) and became a charismatic evangelical pastor. Ken Wilson founded a church in Ann Arbor, Michigan, with hundreds of congregants. He led that church for decades. Some years ago, his associate pastor met the woman who would become her wife. The church wanted him to fire her. But Wilson had prayed intensely about this, and he refused. He believes that it was God who changed his mind. The church then asked him to leave too—and he did.

Amy Coney Barrett is a woman who has lived out a radical critique of the modern world. She will be less vulnerable to the peer pressure of other judges than many might be, because she has a powerful moral compass, developed out of her own experience in prayer. Yes, she will likely oppose Roe v. Wade if the opportunity arises. Yes, she will likely take conservative positions. But she has a radical streak and an intensely personal God, and we should expect some surprises from her.

We want to hear what you think about this article. Submit a letter to the editor or write to letters@theatlantic.com.