Micky News
Share on FacebookShare Share on TwitterTweet
Angelina Jolie is, allegedly, back in the dating scene. It took the actress quite sometime before she started opening herself.

Angelina Jolie is, allegedly, back in the dating scene.

According to OK! magazine, Angelina Jolie is dating a handsome man for a few months now. It took the actress quite sometime before she started opening herself up to another man again post-Brad Pitt divorce.

“It’s still in the early days, but word is she’s been on a few outings with a handsome man who’s come into her life and impressed her enough to stick around and see where it leads,” the unnamed source said, as per OK! magazine.

The insider also said that Jolie is excited to hang out with the mystery man because it’s been so long since she’s gone out on a date.

Sources claimed that Jolie was unable to attract suitors because of her intimidating and reserved personality. Shortly after Jolie tried to become more relaxed and open, she, allegedly, attracted the man that she’s dating.

“She realized she’s an intimidating person to approach, so she replaced her reserved demeanor with a far more easygoing and open attitude, which made all the difference. She’s finding it a real buzz to be back in that place of connecting with someone on a romantic level and is ready to have some fun,” the source said. 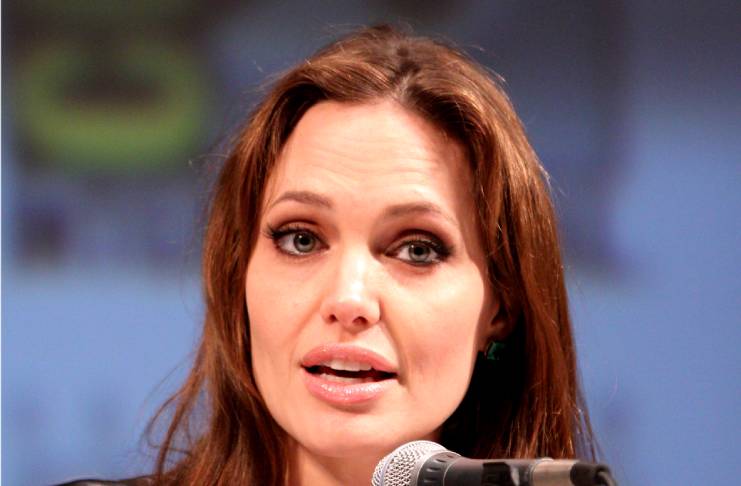 Rumors about Angelina Jolie dating again after her divorce from Pitt have been rife since 2016.

In November, Us Weekly claimed that the actress has been on a few dates since her divorce. However, nothing has blossomed into anything more serious.

“She isn’t closed to the idea of meeting someone new, but it’s not her main priority. She’s all about focusing on the kids, her job, and cleaning messy divorce,” the source said.

In 2018, the Maleficent actress was linked to a handsome real estate gentleman, whose identity was never revealed to the public.

According to Entertainment Tonight, Jolie is seeing the mystery guy. However, she has decided to keep their relationship as low-key as possible.

“Brad and Angie are both very secretive about their dating life. Angie has told some friends she isn’t ready to date, but she has been seeing a handsome, older-looking man who is a real estate agent. He isn’t a celebrity or high profile in any way,” the source said.

As of late, it is still unclear if Angelina Jolie is dating four years after her divorce. It is possible that the claims aren’t anything more than rumors. And if she’s back in the dating scene, it’s Jolie’s business and not anyone else’s.

Micky is a news site and does not provide trading, investing, or other financial advice. By using this website, you affirm that you have read and agree to abide by our Terms and Conditions.
Micky readers - you can get a 10% discount on trading fees on FTX and Binance when you sign up using the links above.
Similar shots
This week's most popular shots
Topics of the week
Salvador Ramos Josh Frydenberg ABC News Texas school shooting Liverpool F1 Thor: Love and Thunder Where to vote Dai Le Man City
Hot topics