What to know about Australia's new 'first lady' Jodie Haydon

Australia is waking up to a new Prime Minister, with Anthony Albanese set to become our 31st PM.

And with a new leader of the country comes a new 'first lady' – Albanese's partner of almost two years, Jodie Haydon.

The couple will be the first unmarried pair inside Kirribilli House or The Lodge since Julia Gillard and 'first bloke' Tim Mathieson left in 2013.

Albanese, 59, and Haydon, 43, met at a March 2020 dinner event in Melbourne, where the Labor leader was speaking.

He asked if there were any fans of NRL team South Sydney Rabbitohs in the crowd with Haydon responding, much to his surprise.

The Labor leader later introduced himself and discovered Haydon was in his electorate.

READ MORE:Shelly Horton: 15 things I'd rather vote on this election

They then met for a drink in Sydney, with Albanese later recalling that moment during their first interview together, with the Australian Women's Weekly, saying: "We had what I thought would just be a drink at Young Henrys in Newtown, and we got on really well. That's how it started," he says.

While Haydon told AWW she wasn't looking for anything at the time, saying: "I'd reached a point in my life where I was enjoying being single".

But, as they say, the rest is history.

They had been together 30 years - 19 of those married - and share a 21-year-old son, Nathan. Haydon, while 16 years Albanese's junior, is a powerhouse in her own right.

Growing up on NSW's Central Coast, she is the daughter and granddaughter of school teachers but dropped out of university to pursue her career in the superannuation industry.

And the move clearly paid off, with Haydon working her way up to being a strategic partnership manager for an industry super fund - a job she just changed earlier this year.

In February, the 43-year-old took on a new role as the NSW Public Service Association's women's officer.

While the couple weren't keen to confirmed if Haydon would move into the Prime Minister's official home should Albanese win, before the election.

"I have not reached any conclusions on any matters that will pre-empt the result of the Australian people, I think to do that would be very presumptuous," he said previously.

"And I will turn my attention to that if we are successful on Saturday."

It's understood that the couple and their dog Toto will live together at Kirribilli House, which will allow Haydon to continue on with her work.

For a daily dose of 9Honey,subscribe to our newsletter here. 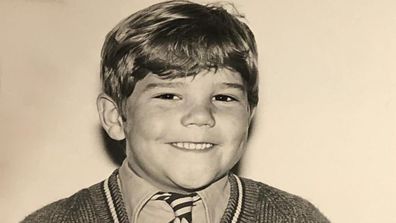