Anthony Joshua vs. Tyson Fury: What does the potential fight mean for boxing?

DAZN News US
Share on FacebookShare Share on TwitterTweet
If Anthony Joshua beats Kubrat Pulev then boxing likely gets the mega showdown it needs. 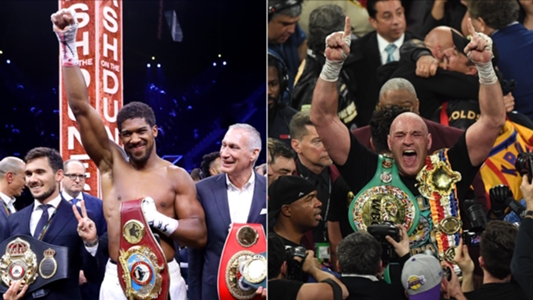 Heavyweight boxing has seen a resurgence over the last couple of years in a way that it hasn't since the days of Mike Tyson, Lennox Lewis and Evander Holyfield. After a dark period during the 2000s, the division has been injected with new blood that has piqued as Anthony Joshua, Tyson Fury and Deontay Wilder emerged on the scene and presented some intriguing potential showdowns.

However, the saying "don't count your chickens before they hatch" reared it's head when Andy Ruiz Jr. stepped up on short notice to face Joshua on June 1, 2019, at Madison Square Garden.

A Joshua win and he'd keep the train rolling towards a possible undisputed heavyweight championship fight against the winner of Wilder-Fury 2. Instead, Ruiz ruined those plans with a stunning knockout of Joshua to capture the IBF, WBA (super), and WBO titles. The lure of two fighters with undefeated records meeting for the richest prize in all of boxing was dashed away. Joshua dusted himself off and reclaimed his belts from Ruiz last December. Two months later, Fury battered Wilder like a drum to win the WBC title.

Joshua is in the same position as he was 18 months ago, as an agreement is in place for Joshua and Fury to meet twice in 2021. Before that can occur, Joshua has to get by Kubrat Pulev on Saturday from the SSE Arena at Wembley in London, which can be seen globally on DAZN (except in the UK and Ireland). If Joshua doesn't look past Pulev,  we will get the first undisputed heavyweight title fight in the four-belt era.

A possible clash between the two Brits is the biggest fight to make in the sport. When crowds are allowed back to full capacity, it will sell out any arena, large or small, across the world. This isn't a case of Errol Spence Jr. and Terence Crawford, where both guys are hesitant to call each other out and feel like they don't need the other to secure their legacies.

Unlike Spence and Crawford, Joshua and Fury both want the fight to happen. They understand what's at stake because if Joshua's handles his side of things against Pulev, more eyes will be on boxing than they have ever been since the glory days of what used to be known as the glamour division of the sport.

"Due to the fact he has the WBC and Ring Magazine belts," Joshua said to William Hill on why he wants Fury next. "I think it's a great fight that will happen in the next few years. His dad has said he's confident that he could beat me, and I'm confident that I can beat Tyson Fury. He says he has the boxing IQ of Einstein, so I'd like to put that to the test and see how well I do."

"Anthony Joshua, has it ever dawned on you I'm not interested in being a superstar, or famous, Fury told the Daily Mail. "I'm a fighting man and only interested in smashing your face in. You keep the stardom. I'll stay real, you big dosser. I'm coming for you superstar, tick tock tick tock."