Vin Diesel is a dinosaur hunter in Ark 2 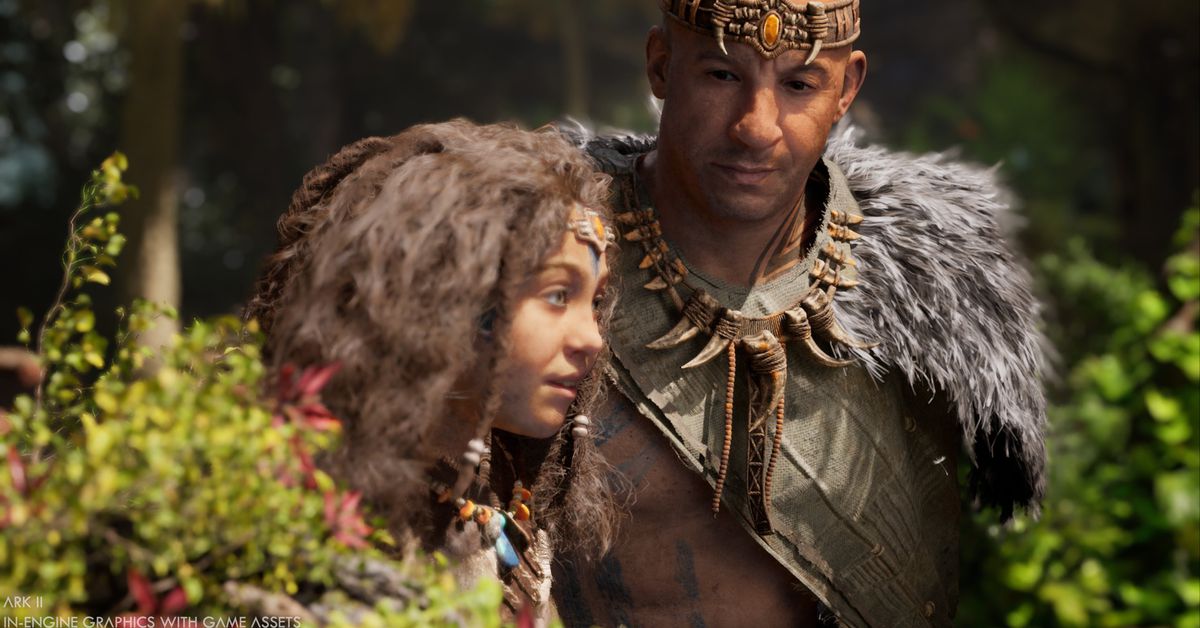 Ark: Survival Evolved is returning for a sequel with Ark 2, starring Fast and Furious actor Vin Diesel. The news was announced today during The Game Awards with a trailer. Diesel will play a character named Santiago.

Ark: Survival Evolved was released in 2017 by Studio Wildcard. In the action-adventure game, players find themselves stranded on on a dinosaur-filled island. The developer also announced an animated series featuring the voices of Michelle Yeoh, Jeffrey Wright, Elliot Page, Russel Crowe, Gerald Butler, and more. Diesel will play a part in the show as well.

More details, including an expanded look at the game, will be released tomorrow.

Proud to announce, tonight at the TGA’s: