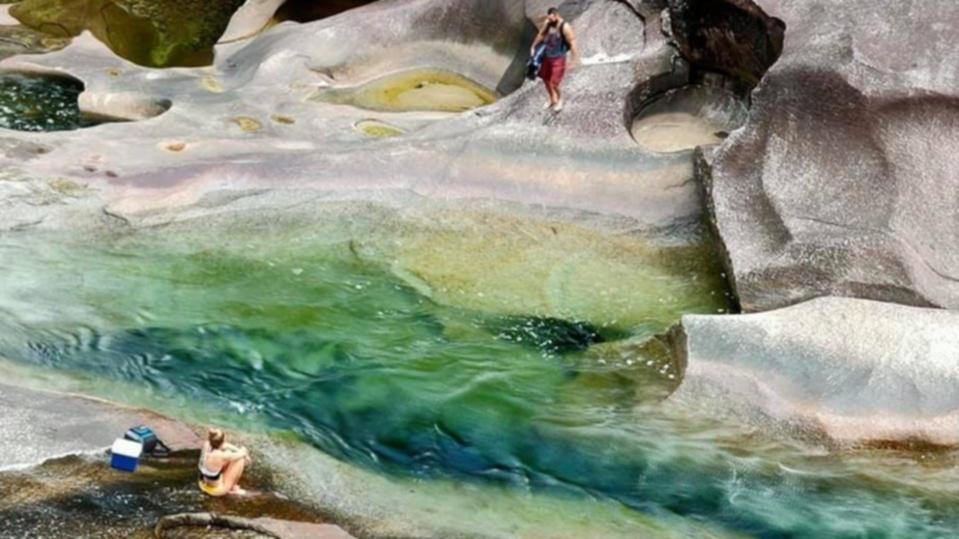 The body of a teenager who slipped and fell into the water at the notorious Babinda Boulders in Far North Queensland has been recovered.

Emergency services were called to the area on Monday afternoon when a 19-year-old Edmonton woman fell into the water just before 3pm, and failed to surface.

An immediate search of the area failed to find her, with police resuming their efforts on Tuesday. Her body was found at about 8am.

Police are now liaising with the woman’s family. A report will be prepared for the coroner.

Located 60km south of Cairns, the Babinda Boulders and its creek and pools are major tourist drawcards.

But the tropical rainforest pool also has a deadly reputation, with swimmers warned against entering the cool waters.

More than 19 lives have been lost to the currents and caverns that lie underneath the surface of The Devil’s Pool since the 1950s.

The swimming hole claimed the lives of two people in 2020, including Cairns teen Madison Tam in April and Brisbane father Shanon Hoffman in October.

The pool is known by local Indigenous people as the Washing Machine and legend has it that the waters are cursed.

In a Dreamtime story, young Indigenous girl Oolana threw herself into the waters and died after being separated from her lover from another tribe.

When Oolana jumped into the waters and disappeared, it threw up huge boulders, which now contain her spirit and create the foaming rushing waters that form the area today, according to the Legend of the Boulders.

The waters around the boulders are considered particularly dangerous during the wet season.