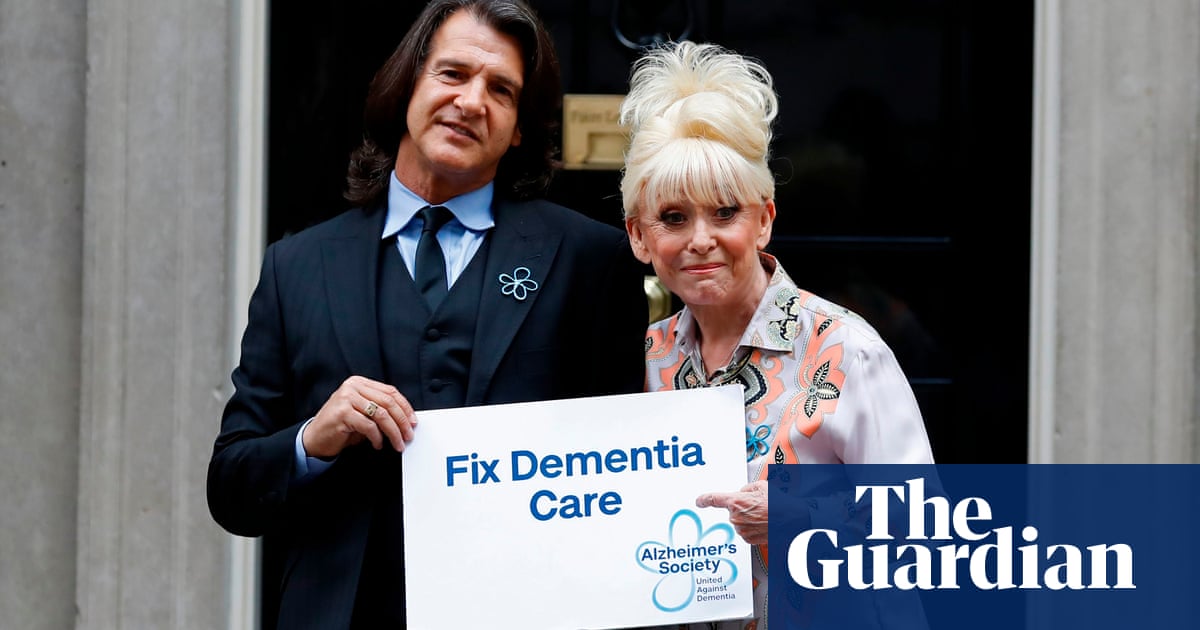 Dame Barbara Windsor’s decision to speak publicly about her Alzheimer’s disease had an “absolutely huge” impact on awareness of the condition in Britain and encouraged many thousands of people to seek help for the condition, campaigners have said, following the announcement of the beloved actor’s death on Thursday.

As tributes flooded in for the Carry On and EastEnders star, who died in a London care home at the age of 83, the head of the Alzheimer’s Society said Windsor’s campaigning work following her diagnosis with dementia in 2014 had left an “incredible legacy”.

Kate Lee said Windsor’s openness had encouraged “many, many, many thousands of people across the country who were having symptoms, families that didn’t want to discuss it, people who didn’t feel they could tell their GP – I think [her honesty] about her dementia made it safe for those people to think, ‘Goodness, if someone like Dame Barbara has got dementia, maybe that is what’s affecting me.”

Boris Johnson, whom Windsor visited in Downing Street last year to campaign for better provision for Alzheimer’s sufferers and their families, led the tributes to the veteran actor. The prime minister described her on Twitter as “so much more than a great pub landlady & Carry On star. She campaigned for the lonely and the vulnerable – and cheered the world up with her own British brand of harmless sauciness & innocent scandal.”

Former colleagues on EastEnders, the BBC soap in which Windsor played pub landlady Peggy Mitchell on and off for more than two decades, also posted fond tributes to a woman routinely referred to as a “national treasure”.

Patsy Palmer, who played Bianca Jackson on the soap, said on Instagram: “I’m sitting here thinking of the hundreds of memories we shared. Too many to comprehend. We were like family for a long time, ups, downs, ins and outs, but you will never meet a more professional actress than Babs.”

“You don’t become a dame by accident,” said comedian Matt Lucas. “Everyone knew Barbara Windsor and everyone loved her … She was a remarkable woman and it’s not an overstatement to say I think the whole country is in mourning today.”

Like many people given such devastating news, Windsor had been reluctant to reveal her condition when it was first diagnosed in 2014. “It was important for her not to keep going through life without people looking at her in a different way,” her husband, Scott Mitchell, said later. As her condition deteriorated, however, and they decided she needed to disclose what was happening, they were determined to take an active and highly public role in raising funds and awareness, and reducing the stigma attached to the condition.

Shortly after revealing details of her condition in 2018, Windsor filmed a short segment at her home in support of Dementia Revolution, the chosen official charity of the forthcoming London marathon. With a flash of her brilliant smile, she urged viewers to support research into “a condition that affects so many people … like me”.

When the race took place, in April the following year, the charity raised £4m, making it the most successful “Charity of the Year” partnership in the event’s then 39-year history. Some 2,000 runners, including Mitchell, ran the event as “Barbara’s revolutionaries”, competing in explicit support of her campaign.

Knowing her campaigning was having an impact gave Windsor “an incredible sense of comfort”, her husband said, “because all through her career she was always a very charitable person … She was patron to many charities and whenever she could help other people, she did.

“When I say to her, ‘Barbara you will not believe how many people you are helping with this,’ she says, ‘Am I?’ And you can see it gives her a sense of comfort.”

Even as the culture secretary, Oliver Dowden, toured TV studios on Friday to salute Windsor (referring wrongly to her EastEnders pub as the “Old Vic”), Lee called on the government to reform social care and give more support to Alzheimer’s sufferers and their families.

“For all the tributes that have been paid by government ministers, I think the biggest tribute you could ever pay would be to now sit down with us at Alzheimer’s Society, listen to people with dementia, listen to their carers, and work out a social care system, which yes, of course, is affordable, but actually delivers what they need.

“And that would be the most fitting legacy for Barbara, certainly in our mind.”