Barbara Windsor, star of Carry On films and EastEnders, dies at 83

The Guardian
Share on FacebookShare Share on TwitterTweet
Husband says ‘Barbara’s final weeks were typical of how she lived her life. Full of humour, drama and a fighting spirit until the end’ 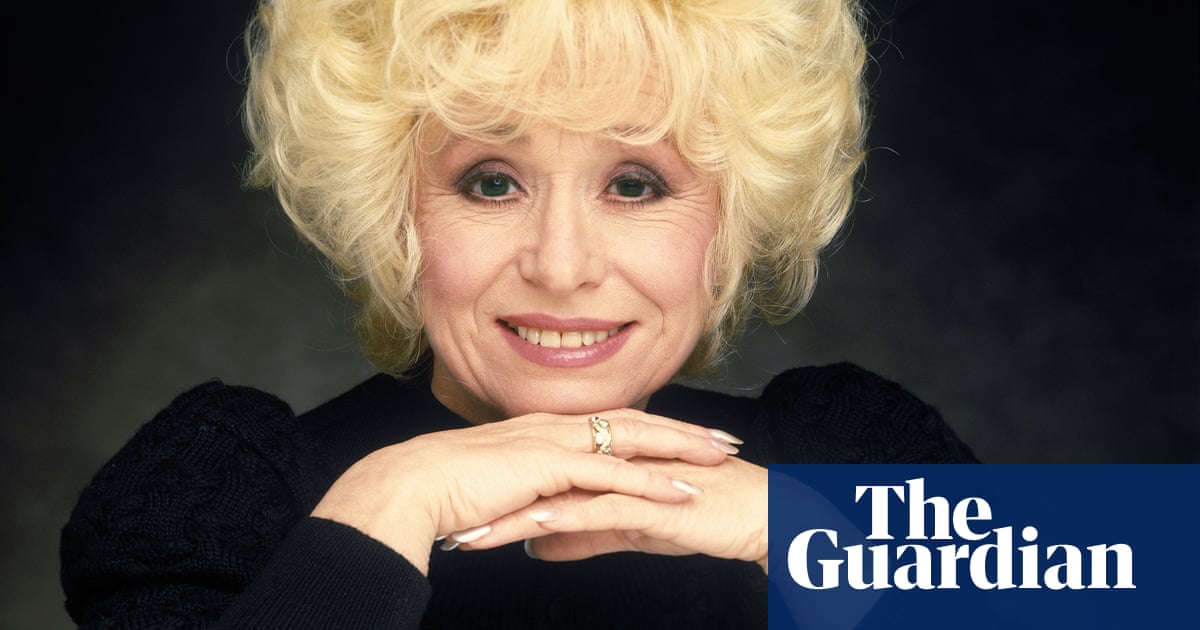 Dame Barbara Windsor, best known for her roles in EastEnders and the Carry On films, has died aged 83, her husband Scott Mitchell has said.

Mitchell said in a statement: “It is with deep sadness that I can confirm that my darling wife Barbara passed away at 8.35pm on Thursday 10 December at a London care home.

“Her passing was from Alzheimer’s/dementia and Barbara eventually died peacefully and I spent the last seven days by her side.

“Myself, her family and friends will remember Barbara with love, a smile and affection for the many years of her love, fun, friendship and brightness she brought to all our lives and the entertainment she gave to so many thousands of others during her career.

“Barbara’s final weeks were typical of how she lived her life. Full of humour, drama and a fighting spirit until the end.

“It was not the ending that Barbara or anyone else living with this very cruel disease deserves. I will always be immensely proud of Barbara’s courage, dignity and generosity dealing with her own illness and still trying to help others by raising awareness for as long as she could.”

Windsor made her debut as Peggy Mitchell in EastEnders in 1994 and soon became one of the small screen’s best-loved characters as she yelled at rogue drinkers to “get outta my pub!”

It became the defining role of her career and saw her star alongside Ross Kemp and Steve McFadden as her fictional sons Grant and Phil, with the late Mike Reid as her on-screen husband, Frank Butcher.

A representative for McFadden told PA he was “devastated” by her death. Actor Danniella Westbrook, who played Windsor’s on-screen daughter SamMitchell on EastEnders, called her a “national treasure” and praised her as a “generous warm funny humble and beautiful lady & someone who gave us all much joy watching her act.”

Today we lost a legend a national treasure and a woman who I looked up too for most off my life. A generous warm funny humble and beautiful lady & someone who gave us all much joy watching her act. A woman who I was lucky enough to work with for many years as my mum & a loyal pic.twitter.com/yyPIqbwu3E

TV presenter Jonathan Ross tweeted: “Barbara Windsor in real life waseverything you might have hoped for. So warm, so funny, so kind. Goodnightsweetheart x BarbaraWindsor”.

Veteran DJ Tony Blackburn said: “So sorry to hear Barbara Windsor has passed away, a lovely lady who was always such fun. R.I.P. Babs.”

In 2003 Windsor took a sabbatical from EastEnders for medical reasons after being diagnosed with the Epstein-Barr virus, but she returned as a series regular in 2005.

In 2009, she announced she would be leaving the soap again in order to spend more time with her husband, whom she married in 2000.

She returned for cameo appearances in the soap over the next few years but in 2016 she played Peggy for the last time. Her final scenes aired in May that year.

Before finding fame in EastEnders, Windsor was best known for her portrayals of “good time girls”, especially in the Carry On series.

In 1964 Windsor was cast as Agent Daphne Honeybutt in James Bond send-up Carry On Spying. It was the first of nine appearances as various buxom, innuendo-spewing blondes in the bawdy comedy film series, the most famous of which came in Carry On Camping, where her character’s bra flew off during an aerobics class. Windsor’s final Carry On appearance would come in Carry On Dick (1974).

The only child of a costermonger and a dressmaker, Windsor was born Barbara Deeks in Shoreditch, London in 1937. She trained at the Aida Foster Theatre school in Golders Green and made her stage debut at 13.

A first film role in The Belles of St Trinian’s followed at 17. During her teenage years she would appear in the chorus lines of several West End musicals and, in 1953 – inspired by the recent coronation of Elizabeth II – adopted the stage name Barbara Windsor.

Windsor would receive a best British film actress nomination for her performance in the film, whose world premiere in east London attracted a who’s who of local luminaries, with notorious gangsters the Kray twins handling the after-hours festivities.

“There were thousands of people lining the Mile End Road, cheering and waving flags, Windsor told the Guardian’s Stuart Jeffries in 2001. “Evidently Ronnie and Reggie had turned them all out of their houses, saying, ‘Let’s welcome our little lady. Let’s show royalty how we are.’”

Windsor and Reggie Kray would enjoy a brief affair before her marriage to local gangster Ronnie Knight, the Kray associate who was jailed in 1995 for his role in the 1983 armed robbery of a Security Express depot.

The actor would be married three times in total; after her separation from Knight in 1985 came a second marriage to restaurateur Stephen Hollings, whom she divorced in 1995, and then her marriage to Mitchell.