Motorsport
Share on FacebookShare Share on TwitterTweet
The Supercars season is set for a thrilling conclusion at Mount Panorama this weekend with the 2020 Bathurst 1000. 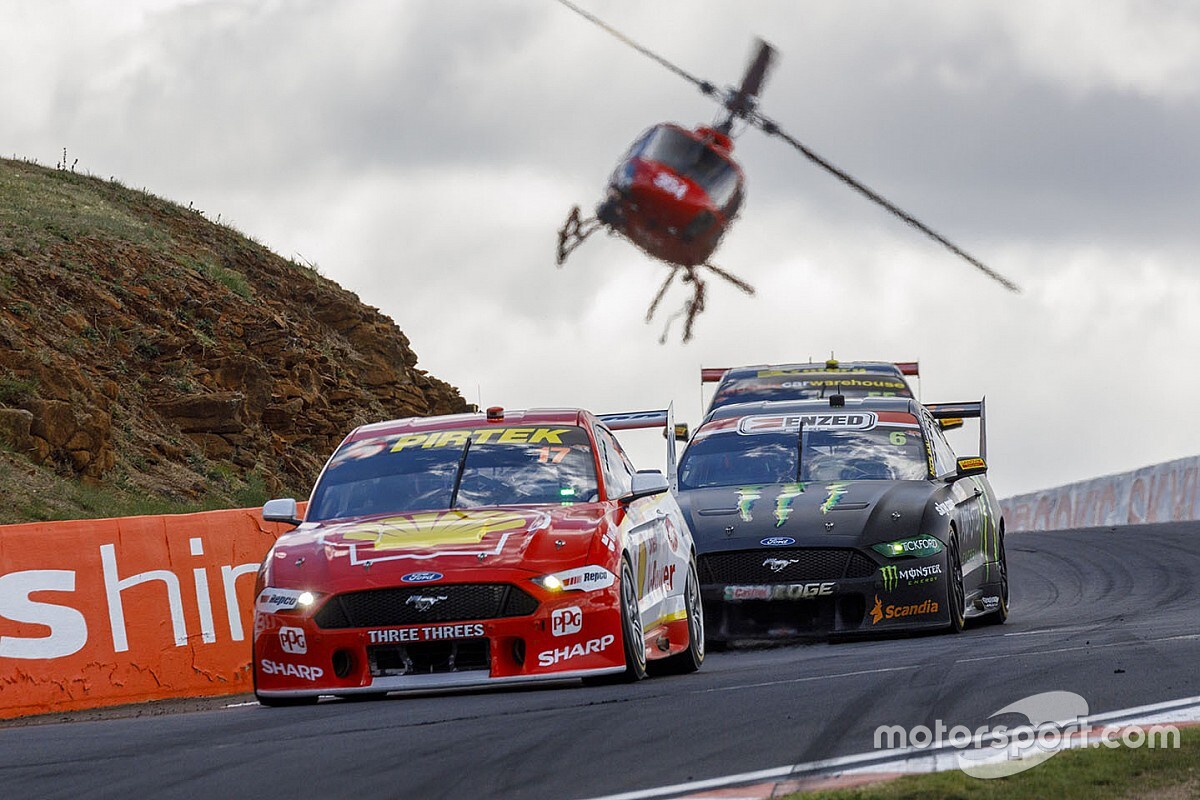 With no title fight to consider, Scott McLaughlin's lead an unassailable 305 points, and one of the most stacked co-driver fields ever seen, the stage is set for a thrilling Great Race.

Adding to the pre-race intrigue is a number of significant uncertainties, led by a sheer lack of miles for the co-drivers.

Traditionally co-drivers take part in ride days, test days and dedicated practice sessions throughout the season, while many race in other categories.

There was also meant to be a 500-kilometre two-driver race at The Bend in the lead-up to the Bathurst 1000.

However, thanks to the pandemic, ride and test days have been all but wiped out this year, few categories below Supercars have regularly raced, and Supercars' visit to The Bend was scaled back to a pair of single-driver events.

Also, while it's a high-quality co-driver field, there is very little consistency in terms of partnerships. Only the two Triple Eight entries (Jamie Whincup/Craig Lowndes and Shane van Gisbergen/Garth Tander), the #15 Kelly Mustang (Rick Kelly/Dale Wood) and the #12 Penske Ford (Fabian Coulthard/Tony D'Alberto) carry over from 2019.

A final potential banana skin is the return of refuelling, which hasn't been in play since the season-opening Adelaide 500 way back in February.

Despite all the uncertainty, there is little in the way of surprises when it comes to the four main contenders.

Both Red Bull Holdens head into the race as two of the outright favourites, while Tickford's Cam Waters – who won last time out at The Bend – has a formidable co-driver in Will Davison.

Perhaps a narrow standalone favourite, however, is reigning winner and ow three-time series champion McLaughlin, who will partner up with former full-timer Tim Slade.

Beyond those four favourites, the impressive co-driver field means the list of potential winners and podium placers is long.

The likes of Chaz Mostert and Warren Luff (Walkinshaw Andretti United) are likely to be in the mix, as will Coulthard and D'Alberto.

Brad Jones Racing, meanwhile, has paired lead driver Nick Percat with Super2 front-runner Thomas Randle, while Erebus Motorsport will be looking to use Bathurst to bounce back from a tough 2020 campaign, both the David Reynolds/Will Brown and Anton De Pasquale/Brodie Kostecki entries capable of a result.

Some shuffling at Tickford has seen the reunion of an experienced pairing in Lee Holdsworth and Michael Caruso, too, who finished third when they last raced together at Bathurst in 2009.

Those last two will team up in the race's only wildcard entry run by Garry Rogers Motorsport, Nathan Herne having originally been named in that line-up with Everingham before being refused a Superlicence exemption by Motorsport Australia.

With Alex Premat unable to travel to Australia due to international border restrictions, a reigning winner will miss the Bathurst 1000 for the first time since Paul Morris didn't race in 2015.

The most notable absentee, however, is the Richards name. Between legendary father-son duo Jim and Steve Richards the family has been represented on the Bathurst grid every year since 1973, the pair racking up 12 wins between them along the way.