Betty White at 100: How to get tickets for her birthday party

Los Angeles Times
Share on FacebookShare Share on TwitterTweet
Here's how you can get tickets to "Betty White: 100 Years Young — A Birthday Celebration," a movie event that will screen nationwide Jan. 17. 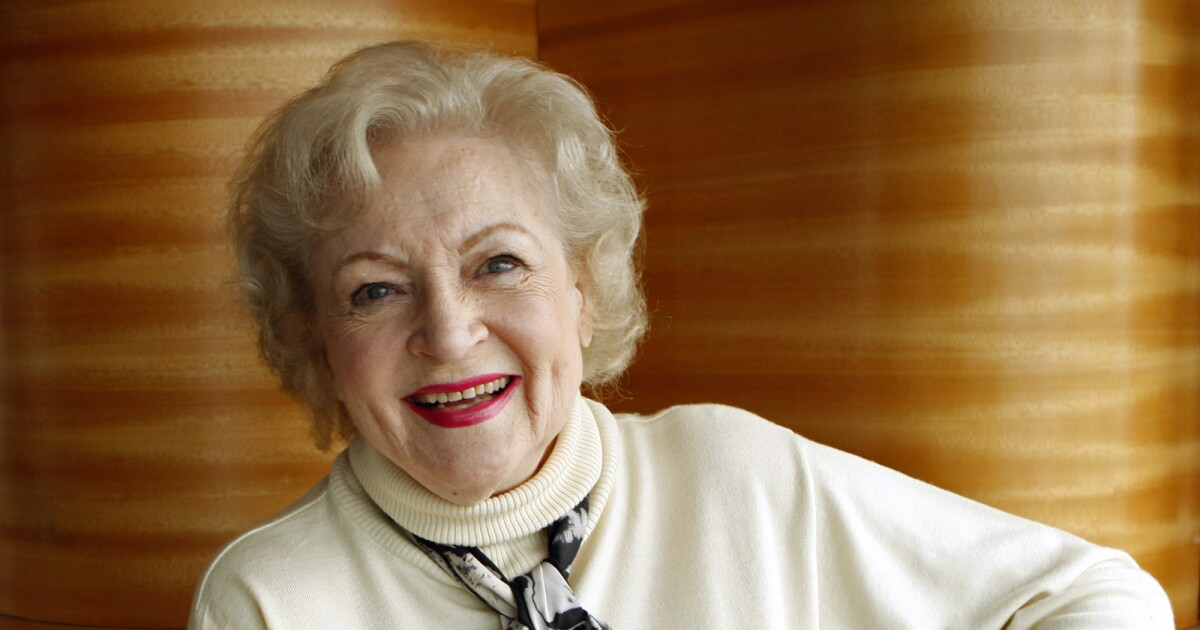 Betty White is turning 100 next month and she’s inviting everyone to her party. Everyone who buys a ticket, that is.

Tickets are available starting today for “Betty White: 100 Years Young — A Birthday Celebration,” a movie event that will screen nationwide on Jan. 17, when the onetime “Golden Girl” hits the century mark.

It “offers a revealing glimpse into her life — behind-the-scenes on set, working with her office staff, entertaining at home, lending her voice as an animal advocate,” according to a press release, and includes her “actual birthday party,” where she marks the milestone with celebrity friends.

“Betty White: 100 Years Young” will screen in almost 900 movie theaters nationwide at 1 p.m. and 7 p.m. local time on Jan. 17. Tickets can be purchased at FathomEvents.com or at participating theater box offices.

Some theaters screening the film in L.A. County include:

Additional theaters — including in Orange County and the rest of the country — can be found by entering a ZIP Code at the Fathom Events website.

As fans await the turn of White’s personal odometer, and perhaps make plans to celebrate it in a movie theater, some life advice she offered in 2017 still holds today.

“Don’t focus everything on you,” White told Katic Couric. “That wears out pretty fast. It’s not hard to find things you’re interested in. Enjoy them. Indulge them.”

However, given the current pandemic circumstances, maybe wear a mask while you indulge.