The Texas Tribune
Share on FacebookShare Share on TwitterTweet
Brandon Bernard and Alfred Bourgeois, scheduled to be executed this week, would be the ninth and 10th people executed by President Donald Trump's administration this year. 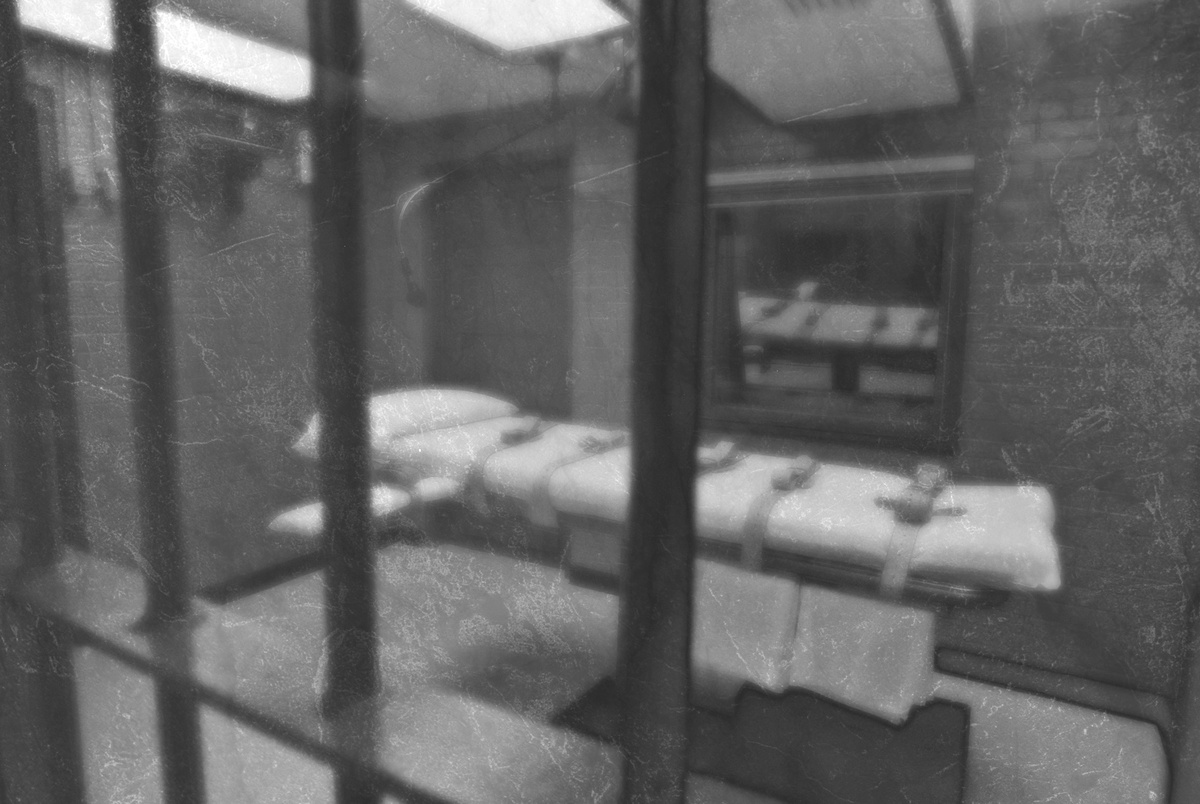 In a resurgence of the federal death penalty at the end of President Donald Trump’s tenure, his administration has scheduled executions this week for two men convicted in separate Texas murders on military property.

Brandon Bernard, 40, and Alfred Bourgeois, 56, are set to die in the federal death chamber in Indiana on Thursday and Friday evenings, respectively. They would be the ninth and 10th federal executions of 2020, a year that saw the end of a 17-year hiatus of the federal death penalty.

Meanwhile, Texas has executed three people this year — the fewest in nearly a quarter century, due in large part to the pandemic.

The federal executions are set to proceed after eight prison employees who took part in a federal execution last month tested positive for the coronavirus, according to court records. Five of those employees are set to work during this week’s executions, with prison authorities reporting they have completed the isolation timeline recommended by the U.S. Centers for Disease Control and Prevention.

Prisoner advocates argue that the positive cases highlight the potential danger of carrying out executions, not only to inmates but to staff and community members as well.

“The fact that at least 20 percent of the BOP’s [Bureau of Prison’s] execution team has contracted COVID-19 following Orlando Hall’s execution speaks volumes — particularly given the fact that we don’t know how many people opted in to be tested,” Cassandra Stubbs, director of the American Civil Liberties Union’s Capital Punishment Project, said in a statement. “There is no way to conduct these federal executions right now in a way that is safe.”

Bernard was 18 when he was sentenced to death for his role in the 1999 carjacking and murders of an Iowa couple on a secluded part of the Fort Hood Army post in Killeen. Bourgeois was convicted of killing his 2-year-old daughter in 2002 at the Corpus Christi Naval Air Station. In both cases, the killings were deemed federal crimes because they occurred on military property.

Both men have argued to courts that their executions should be stopped: Bernard claims police evidence revealed in 2018 and several jurors’ changes of heart about the sentence they imposed should prevent his death, and Bourgeois’ attorneys have long insisted he is intellectually disabled and therefore legally ineligible for execution.

And both inmates are challenging the federal government’s new execution protocol, arguing that their execution dates were scheduled without enough warning.

Under federal death penalty law, federal executions must be carried out in the same manner as in the states where the inmates were sentenced. Since Bernard and Bourgeois were both sentenced to death in Texas federal courts, they argue that means their executions must be set at least 91 days in advance, a requirement in Texas statute that allows time for inmates to ask the governor to delay their executions or change their sentences.

The time gap also allows inmates to raise new challenges in court that only become relevant once an execution date is scheduled, like questions of mental competency or the safety of lethal injection drugs.

Bernard’s federal execution for Thursday, however, was set 55 days in advance. Bourgeois only got three weeks’ notice for his Friday execution date.

So far, courts have rejected timing as a reason to stop the executions. U.S. District Judge Tanya Chutkan in Washington, D.C., acknowledged this week that the government’s scheduling timelines violated the federal death penalty law but said that issue wasn’t sufficient to halt the executions.

“Both have already submitted clemency petitions, and the decision whether to grant those petitions now rests with the President,” she wrote in her ruling Sunday, adding that she was “sympathetic to the argument that such petitions would likely receive more favorable treatment from the incoming administration.”

For Bourgeois, a 91-day notice would have meant his execution could not have been scheduled before the Jan. 20 inauguration of President-elect Joe Biden, who has said he opposes the death penalty.

Since then, seven other men have been put to death in the federal execution chamber, including Bernard’s co-defendant, Christopher Vialva, who was executed in September. Bernard and Vialva were tried together in 2000 and sentenced to death for the slaying and robbery of Todd and Stacie Bagley.

Vialva, then 19, and other teenagers in a gang carjacked the couple, put them in the trunk and tried to pull money from their bank accounts and pawn a wedding ring, according to court records. Eventually, Bernard and another teen joined them at a secluded spot on Army property.

Vialva shot both of the victims in the head while they were in the trunk, and Bernard set the car on fire, the records state. Bernard was sentenced to death for Stacie Bagley’s death; an autopsy showed that she died of smoke inhalation.

In his recent appeals, Bernard’s attorneys have argued that they discovered in 2018 that prosecutors withheld evidence that indicated Bernard was a low-level member of the gang and therefore less likely to be a potential future danger — which jurors consider when weighing a life sentence or death sentence. The attorneys have also argued that five jurors from his trial no longer stand by their sentence, including one who said Bernard was prejudiced by being tried alongside Vialva.

The courts have so far rejected the argument that the newly discovered evidence clears the high bar to halt an execution or overturn a death sentence.

Bourgeois was convicted after killing his young daughter by slamming her into his truck’s window while making a delivery at the Corpus Christi military base, according to court records.

In court, his attorneys have argued that he is intellectually disabled, and the U.S. Supreme Court has long held that people who are intellectually disabled cannot be executed. Bourgeois’ scheduled execution date last year was postponed while the courts further reviewed his claim. His lawyers presented low IQ scores, repeating grade levels in elementary school and trouble following directions as indicators of an intellectual disability.

An appeals court rejected his petition, though the judges acknowledged that Bourgeois may be deemed intellectually disabled under current medical standards.

Both Bernard and Bourgeois have multiple appeals pending in various federal courts, as well as requests for Trump to halt their executions, which are the last in the nation scheduled for2020.