Yahoo News Australia
Share on FacebookShare Share on TwitterTweet
Brandon Bernard is set for federal execution in Indiana despite pleas from Kim Kardashian and others. 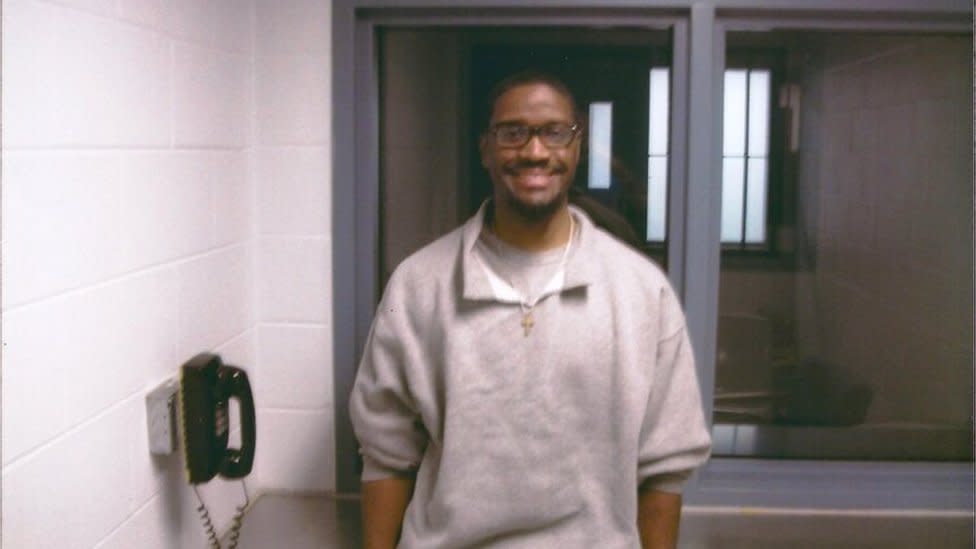 The federal execution of a death row inmate is set to go ahead on Thursday, the first of five before the end of Donald Trump's presidency.

Kim Kardashian West is among those urging clemency for Brandon Bernard.

Bernard, 40, was convicted of murder when aged 18 and would be the youngest offender executed by the federal government in nearly 70 years.

If the five take place, Mr Trump will have overseen the most executions by a US president in more than a century.

It would bring to 13 the total of federal executions since July.

The executions break with an 130-year-old precedent of pausing executions amid a presidential transition. Joe Biden becomes president on 20 January.

The 40-year-old is scheduled to begin the five executions, along with 56-year-old Alfred Bourgeois. They are both scheduled to be put to death at a penitentiary in Terre Haute, Indiana.

Bernard was given the death penalty for his involvement in the murder of Todd and Stacie Bagley in June 1999.

He was one of five teenagers accused of robbing the pair and forcing them into the back of their car in Texas.

They were shot in the car by 19-year-old accomplice Christopher Vialva before Bernard set the car alight.

Defence lawyers say both of the Bagleys probably died before the car was set on fire.

An independent investigator hired by the defence said Stacie was "medically dead" before the fire.

However, government testimony during the trial claimed that although Todd Bagley died instantly, Stacie had soot in her airway, signalling that she had died from smoke inhalation and not the gunshot wound.

Bernard's lawyers claim he feared what would happen to him if he refused to follow the orders of Vialva, who was executed in September.

Others involved in the incident were given prison sentences as they were under 18 and classed as juveniles.

Bernard's lawyers argue that he should be given life in prison without parole as throughout his time in jail, he has maintained a good record and worked with outreach programmes to stop people from getting involved in crime.

Who has advocated for him?

The federal prosecutor who defended Bernard's death sentence has since called for Bernard to see out his sentence in prison.

In an opinion piece published in the Indianapolis Star, Angela Moore wrote: "Having learned so much since 2000 about the maturation of the human brain and having seen Brandon grow into a humble, remorseful adult fully capable of living peacefully in prison, how can we say he is among that tiny group of offenders who must be put to death?"

Five of the surviving nine jurors have called for Mr Trump to commute Bernard's death sentence.

Tens of thousands of other people have urged the president to grant Bernard clemency, including senators Richard J Durbin and Cory Brooker.

Kim Kardashian West has sent numerous tweets about Bernard's case to her followers, urging them to get behind the cause and raise awareness.

#BrandonBernard should not be executed:1. He was 18 at the time.2. He was not the shooter.3. The prosecutor and 5 of the jurors now support clemency.4. He’s spent decades in prison w/out a write up, helping at risk youth.5. There’s bipartisan support for his commutation. pic.twitter.com/18GugdtuOs

The reality television star is studying to be a lawyer in California and has previously helped sway criminal cases.

In March she visited the White House with three women whose jail terms were cut by President Trump.