ABC News
Share on FacebookShare Share on TwitterTweet
The FBI says human remains found in a Florida nature reserve belong to Brian Laundrie, who was being sought as a person of interest over the murder of his girlfriend Gabby Petito.

Mr Laundrie was being sought as a person of interest over the murder of his girlfriend Gabby Petito while the couple were on a cross-country road trip.

His remains, along with a backpack and notebook believed to belong to him, were discovered on Wednesday in Florida's 1,000-hectare Carlton Reserve nature reserve.

The area where they were found had been underwater during earlier searches.

A lawyer for Mr Laundrie's parents, Steve Bertolino, confirmed in a statement they were told the remains were those of their son.

"We have no further comment at this time and we ask that you respect the Laundrie's privacy at this time," the statement said.

It began shortly after Mr Laundrie disappeared on September 14, two weeks after he returned alone to his parents' home in North Port, Florida.

The search for Mr Laundrie, 23, garnered worldwide media attention and focused largely on the Carlton Reserve, which is near the Laundrie home.

It is a densely wooded, swampy area that is home to alligators, coyotes, bobcats, snakes and numerous other creatures.

The investigation into Ms Petito's slaying, however, is not yet concluded. Mr Laundrie has only ever been identified by law enforcement officials as a person of interest in the case.

The 22-year-old's body was found on September 19 on the edge of Wyoming's Grand Teton National Park, which the couple had visited.

Why you care about the Gabby Petito story 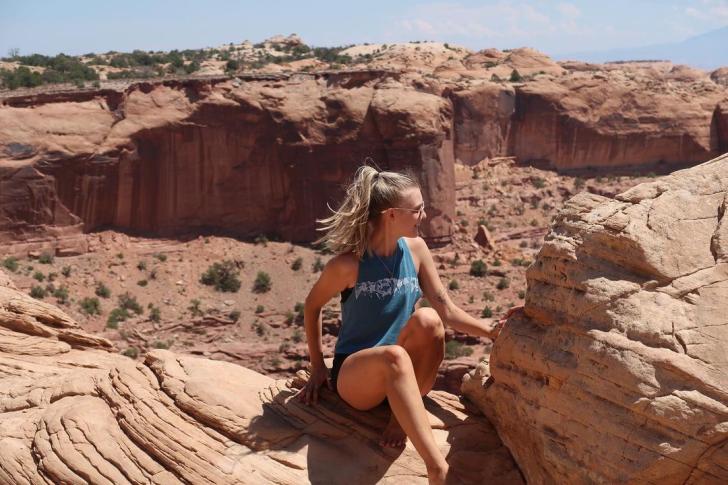 Why do we want to find out the most minute of details surrounding crimes like these anyway?

The coroner there concluded she died of strangulation and her body had been where it was found for three or four weeks.

The couple was stopped on August 12 by police in Moab, Utah, after they had a physical altercation, but no domestic violence charges were filed.

The police department there is conducting an internal review to determine if policy was followed.

Mr Laundrie returned home alone on September 1 in the van the couple took on their trip, which was later impounded by authorities.

He was reported missing after telling his parents that he was going for a hike in the Carlton Reserve.

The remains were found on Wednesday as searches concentrated on the nearby Myakkahatchee Creek Environmental Park, where a Ford Mustang that Mr Laundrie drove to the wilderness was found.

Mr Laundrie had been charged in a federal Wyoming indictment with unauthorised use of a debit card. 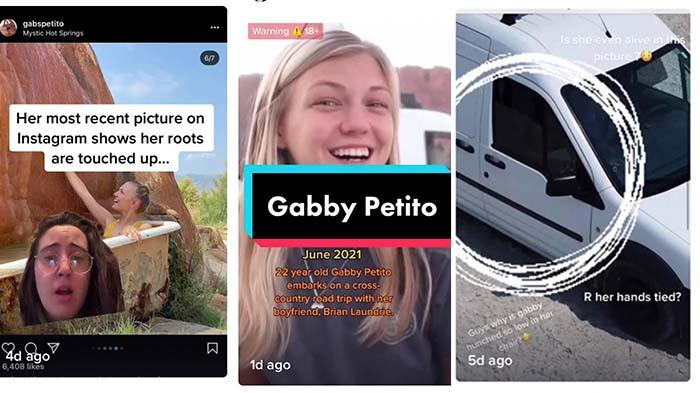 While the case has captivated the world, how helpful is the feverish attention for the investigators who are trying to figure out what happened to Gabby Petito?

The indictment alleged he used a Capital One Bank card and someone's personal identification number to make unauthorised withdrawals or charges worth more than $1,000.

It did not say to whom the card belonged or what type of charges were made.

Had Mr Laundrie lived, that indictment would have permitted the authorities to arrest him.

Ms Petito's disappearance was noted by many thousands of her social media followers, who followed the case since its earliest days.

The intense focus on her case led to renewed calls for people to pay greater attention to cases involving missing Indigenous women and other people of colour, with some commentators describing the intense coverage of her disappearance as a case of "missing white woman syndrome".