Sunshine Coast Daily
Share on FacebookShare Share on TwitterTweet
The next high tide will determine the extent of damage done to Pumicestone Passage and Golden Beach after wild weather battered Bribie Island’s banks. 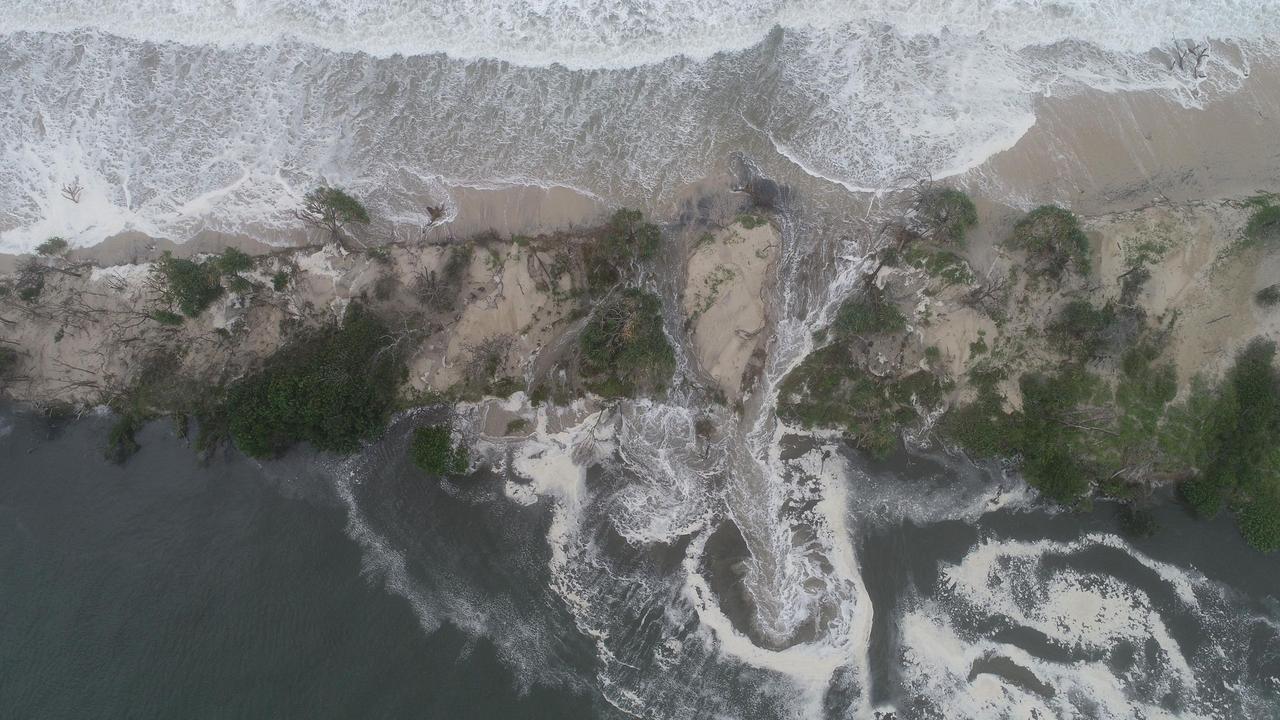 The next high tide will determine the extent of damage done to Pumicestone Passage and Golden Beach after wild weather battered Bribie Island’s banks.

“There is no canal broken through at the moment, the waves are breaking over the surface,” he said.

“But there is a 2.02m tide tomorrow, so we might have another issue at 8:30am tomorrow.

“There is undoubtedly more water coming.”

He said there wasn’t much that could be done to prevent further damage.

“There is nothing we can do at this stage; I’m talking to council this afternoon they might try to sandbag.”

“It looks like it is just an over top, not a breakthrough, but full confirmation of that will be after the tide drops and we can make a full assessment,” she said.

The next hour will be crucial in protecting Pumicestone Passage and Golden Beach after wild weather and swell broke through Bribie Island’s banks.

A 2m wide and 1m deep hole in the northern end of Bribie Island was spotted by a fisherman on Monday morning.

He said the rising tide posed the biggest threat in the coming hours.

“We have another hour of swell and high tide, so it’s going to get worse,” he said.

“The next hour will be crucial.”

Round two: When heavy rain will smash Coast again

“It will take the lest course of action and travel through that hole.

“Bells Creek and Roy’s are much further down and the water from those areas is two hours after the normal tide, so once it turns around if there is a hole in the island it flows out there.”

Mr Pearce said he and other coast guard volunteers were on their way to inspect the damage.

He said it was too dangerous to launch a vessel.

Business The CEO of North Stradbroke Island’s Aboriginal entity has announced his shock resignation following the re-election of Labor.

Celebrity Imogen Anthony lashed out at her ex-boyfriend Kyle Sandilands after he threw his new girlfriend Tegan Kynaston a lavish birthday dinner.

Council News A charity event attended by Noosa-loving celebrity Karl Stefanovic looks set to be one of the first to break Noosa Council’s COVID-19 alcohol ban.

Weather The huge downpour has brought a long overdue smile to the face of a veteran photographer.

Weather The managing director of a beachfront restaurant said he was lucky sandbagging had protected his business after flash flooding.