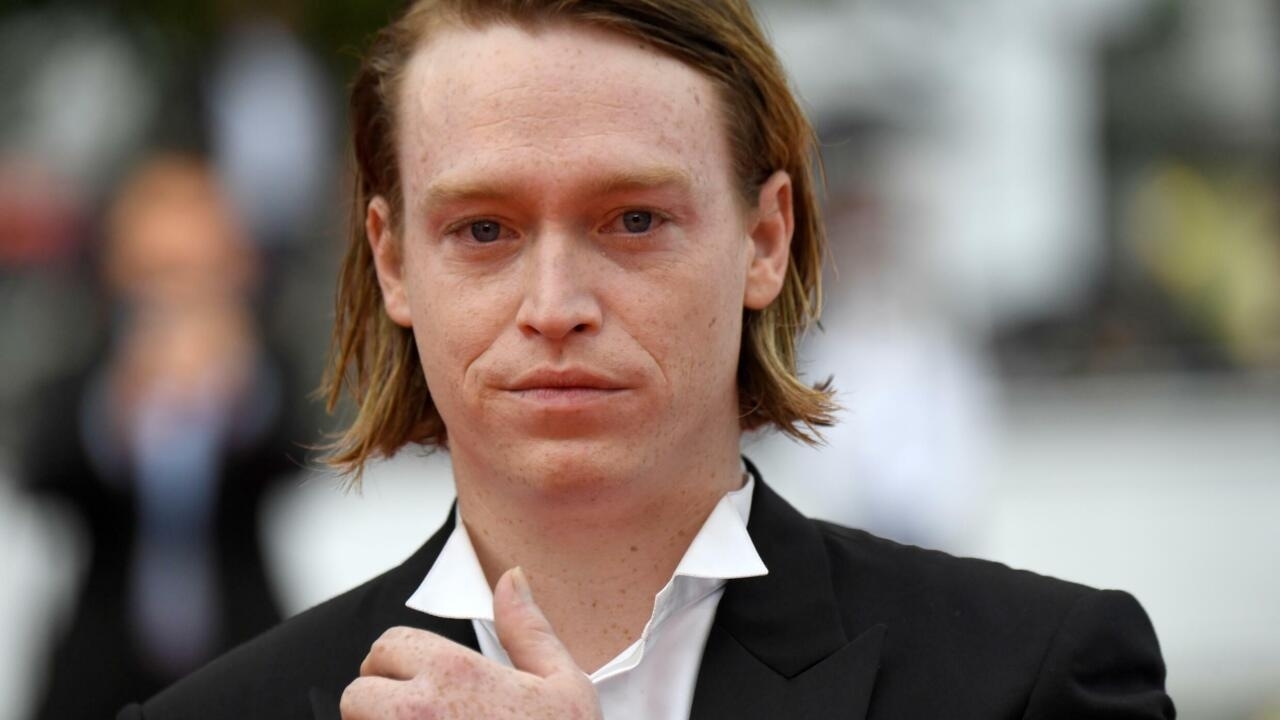 "You can be too good at your job," joked Caleb Landry Jones, who has fast developed a reputation for playing creepy characters.

The Texan farm boy with an avant-garde heart won best actor at Cannes on Saturday, and at just 31 is already seen as one of the most interesting and unusual actors in Hollywood.

"I can't do this, I am going to throw up," a clearly shaken Landry Jones said as he accepted the prize.

Unafraid to take on roles like that of Australian mass murderer Martin Bryant in "Nitram" -- which had rave reviews at Cannes -- his career has stretched from the "X-Men" to the mould-breaking horror flick "Get Out".

He also turned up in indie gems at the Oscars like "The Florida Project" and "Three Billboards Outside Ebbing, Missouri", acting as the catalyst for chaos.

In fact, Landry Jones has done such a run of racist good ol' boys, it was a shock to see him as Orphan Annie in gay drama "Stonewall".

"It's all about trusting the director, writer and the material," he told AFP, resplendent in a tangerine orange flared suit and tie in the style of 1970s Miami pimps.

Even his screen debut at 13 as a boy on a bike in the Coen brothers' "No Country for Old Men" was freaky -- "Mister, you got a bone sticking out of your arm."

His intense screen presence and what "Nitram" director Justin Kurzel calls his penchant for "completely inhabiting his characters, really living in them" also sets him apart.

He spent three months trying to get under Bryant's skin, a deeply disturbed young man who killed 35 people at Port Arthur in Tasmania in 1996.

Many critics were sceptical of another movie about a mass shooter, particularlyas many in Australia were appalled by the idea of glorifying Bryant.

But they were blown away by the intimate family drama about mental illness that exploded into the headlines.

Kurzel also stops the story in the seconds before Bryant starts shooting at the former convict colony.

Yet with his mothball-blue stare, and irises that seem to leak into the rest of his eyes, Landry Jones can sometimes come over as both distant and strange.

On the Cannes red carpet he pulled a few expressions for the cameras that seemed at odds with the sombre mood of the rest of the movie's team.

But the musician-turned-actor seems to embrace his own eccentricity and sense of difference.

"I've always been really into the extreme," he said of his passion for music. "My highs are very high and my lows are very low."

And he told AFP he doesn't ever let thoughts like "'Oh no, that is going to get me in trouble" stop him in his tracks.

With the memory of the Port Arthur massacre still raw, he said "it was very evident that people were going to be angry.

"Some people probably pegged the film to be a certain kind of movie... but it is a very sensitive piece and very respectfully made."

Being Texan helped with his role: "The film is in many ways about the Australian male. I found a lot of similarities with Texas. So I knew what that was."

Months of prep and Kurzel's notes were also invaluable.

"I really worked on the dialect for two months in Texas. But I arrived a month before we began shooting and if it wasn't for that I think I would have failed miserably."

"Some brutal feedback" from ordinary Aussies about his accent hit home.

For some time Landry Jones suffered the ultimate indignity of "apparently sounding like a Kiwi, a New Zealander," he laughed.

Kurzel also steered him to material "I have never gotten from a director before", including total immersion in 1990s Australian TV, including "Neighbours", the soap that launched Kylie Minogue on the world.