Sporting News AU
Share on FacebookShare Share on TwitterTweet
Melbourne Storm coach Craig Bellamy has admitted that he is toying with the idea of moving captain Cameron Smith to halfback to replace the injured Jahrome Hughes. 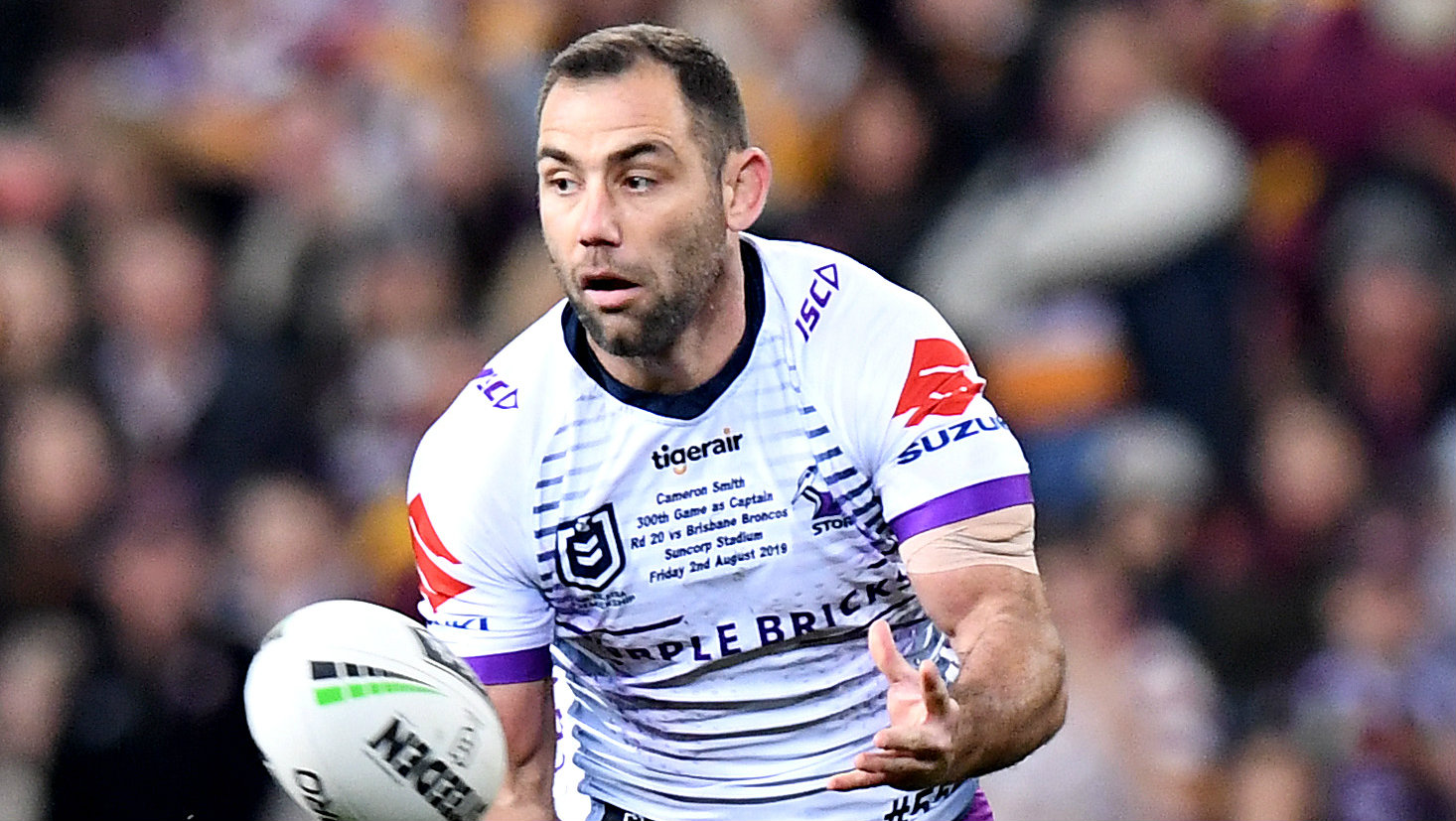 Melbourne Storm coach Craig Bellamy has admitted that he is toying with the idea of moving captain Cameron Smith to halfback as a replacement for the injured Jahrome Hughes.

Whilst the Storm put on a dominant performance during their 22-8 win over the Rabbitohs on Friday, their victory was dampened by news that Hughes had broken his hand, which will keep him out for the next 2-3 weeks.

Speaking on ABC Grandstand, Bellamy admitted that moving Smith was an option ahead of next week's clash against Newcastle.

“We’ve got to make a bit of a decision there,” Bellamy told ABC Grandstand.

“Obviously we could put Cameron back there and start with Brandon (Smith).

"We wouldn’t play Cameron there the whole game. Whether we started with it or we did it a bit later in the game, I’m not quite sure. It’s been mentioned before by other people too."

Smith has played just six games in the number seven jersey during his 414-game career, last playing the position against the Cowboys in round 12, 2014.

However, there has been a renewed push from immortal Andrew Johns to move the 36-year-old to halfback, something that Bellamy admitted that he has been hesitant to do.

“I’ve always been hesitant to move him from dummy half as for a long time, he has been the best dummy-half going around," he believes.

“You don’t want to weaken one position to strengthen another. We’ll do what we think I best for the team and what the players are most comfortable with.”

“He is probably the favourite at the moment.

"Cooper Johns is a young guy coming through our grades as well.

"He hasn’t played any first grade yet. I’m not sure this is the right time to be doing that. We will have a chat during the week with the players and coaching staff.”