CBSSports.com
Share on FacebookShare Share on TwitterTweet
There's still plenty to play for heading into the final matchday of the group stage in December 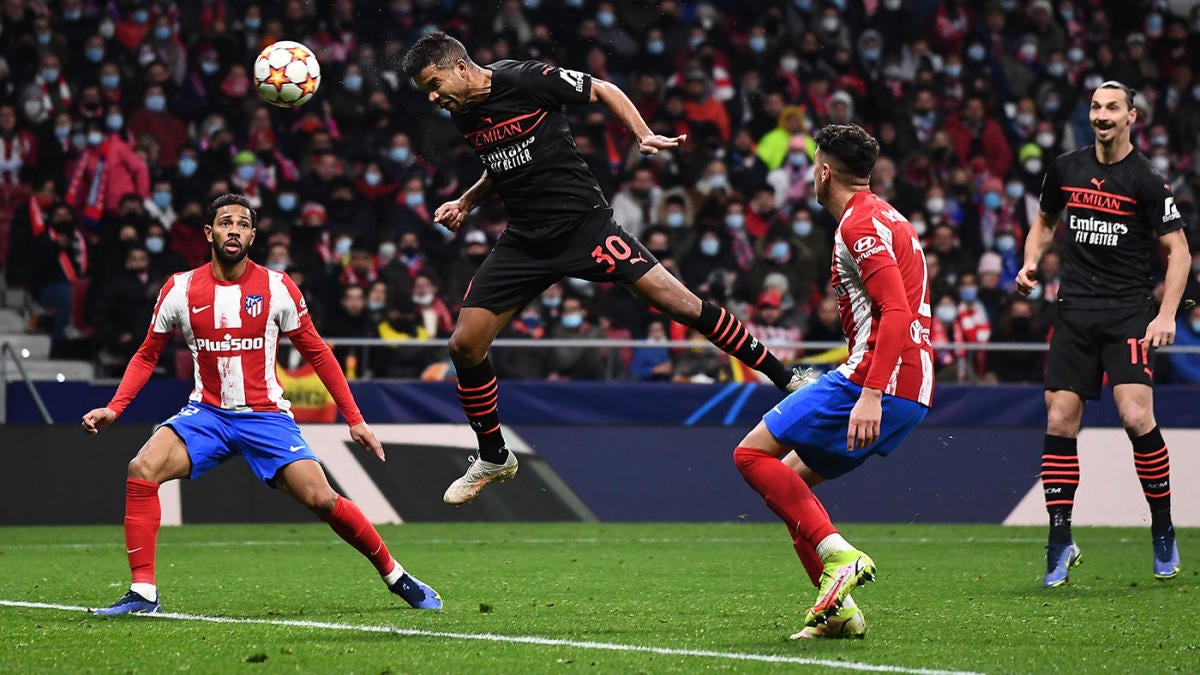 Champions League Matchday 5 is now behind us with some lopsided results. Manchester City took care of business at home to win Group A behind goals from Raheem Sterling and Gabriel Jesus. Thanks to RB Leipzig 5-0 win, PSG have book their tickets to the knockout stage as second-place finishers with a game to go.

AC Milan left things as late as possible as an 87th-minute header from Junior Messias gave them their first Champions League victory since November of 2013. A pinpoint cross by Franck Kessie was just enough to get a head on for the 1-0 advantage and to keep them alive for the final matchday. With Liverpool defeating Porto, Milan can punch a ticket to the knockout stage by beating a presumed weaker Liverpool squad paired with a Porto loss or draw to Atletico Madrid.

In Group C, Ajax stayed perfect in a comeback victory over Besiktas. Sebastian Haller keeps up his golden boot campaign with a brace from the bench to turn things around. With a 3-1 victory over Dortmund, Sporting are also through unless they lose by a lot to Ajax due to their 10-goal advantage in goal difference and the injured Erling Haaland's squad have failed reach the last 16.

Craving even more coverage of the world's game? Listen below and follow ¡Qué Golazo! A Daily CBS Soccer Podcast where we take you beyond the pitch and around the globe for commentary, previews, recaps and more.

To round things out Real Madrid and Inter are through as La Liga giants got the job done in a revenge match with Sheriff and the Nerazzurri blanked Shakhtar Donetsk to secure second place in the group.

Match of the Day

Mannchester City 2, PSG 1: City were deserved winners in this one and it could've been a more lopsided result after a flurry of early chances were parried by Kaylor Navas in the early going. For almost the entire first half, City ran at PSG and Mauricio Pochettino's side had no answers. But when PSG did generate a chance, they showed that they only needed an inch to give Ederson and the backline trouble, which caused City to stay on their toes.

PSG nabbed the first goal in the 50th minute as Messi and Ander Herrera played a 1-2 on the edge of the box. Messi played a cross that deflected to Kylian Mbappe. The French attacker didn't miss as his shot had extra venom in it. City countered by bringing on Gabriel Jesus for Oleksandr Zinchenko and were instantly rewarded. After quite the outlet run by Kyle Walker, he was found by Rodri before playing the ball into the box, megging Jesus on the way to Raheem Sterling for the tap-in. Then Jesus got his own goal following an assist from Bernardo Silva in the 76th minute. The result would see City win Group A while PSG qualified in second place.

Pedro Goncalves, Porto: He put on a show as even a missed penalty didn't damper his day. Goncalves took four shots for Porto and converted two into goals as they took down Dortmund 3-1. For his first, a great ball from Sebastian Coates evaded Nico Schulz before Goncalves slotted his finish under Kobel's outstretched body for the opener.

Goncalves' second was quite the bit of skill to ensure that a broken attack wasn't for nothing. Most times that you see a shot like that it is flying into the stands, but not on Wednesday. And while his penalty take wasn't the greatest going for an attempted hat trick, since Pedro Porro was able to follow it up for a goal, they all count the same.

Goal of the day

I don't know how Thiago Alcântara kept this ball at that height from such a distance but still kept wicked pace on it.

Most weeks, Toni Kroos would have had the goal of the day.

AC Milan 1, Atletico Madrid 0: With their Champions League hopes hanging by a thread, Milan are attempting to get into the dictionary as the definition of leaving it late. An 87th-minute winner by Messias gave the Rossoneri a chance to qualify for the round of 16 on the final matchday. It took until Wednesday to get their first victory in group-stage play and even with that, they still needed Liverpool to defeat Porto but both things happened so Milan will live to fight another day. They'll need a victory over Liverpool along with a Porto loss or draw to make it to the knockouts, but after Wednesday, anything can happen.

Borussia Dortmund: It's not the losing to Sporting and getting knocked out of Champions League that puts them here, it's actually the way they lost that game. Being played off the field by the 40th minute was not what was expected in a game with so much on the line. Even with Erling Haaland injured, a team of this stature is supposed to have other plans, but that wasn't evident. The backline wasn't up to par, and the error by Nico Schulz led to Goncalves' opener. Then when they showed a little fire in the 74th minute, Emre Can was sent off for what seemed like a soft yellow to put the final nail in the coffin. This is a Dortmund team that is one point of league leaders Bayern Munich in the Bundesliga, but if Wednesday's match was a glimpse of what is to come, this title challenge won't hold up for long.

Here's a look at the groups that played on Wednesday after five matches: