What channel is Chelsea vs Southampton on? TV, live stream for Premier League match

Express
Share on FacebookShare Share on TwitterTweet
Chelsea host Southampton in the Premier League this weekend but what channel is the match on? Express Sport is on hand with all the information you need including TV coverage, live stream and kick-off time. 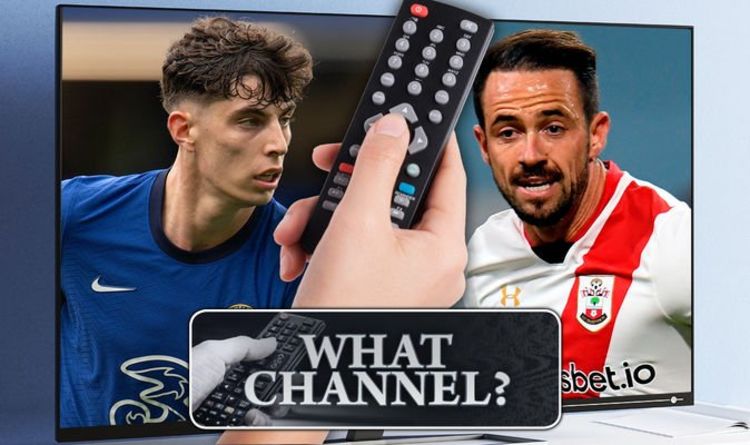 New signing Chelsea Hakim Ziyech could make his debut after returning from injury.

Christian Pulisic is also back in contention, while Ben Chilwell is a slight doubt.

As for Southampton, Stuart Armstrong will miss the game after testing positive for COVID-19.

Mohamed Salisu is a doubt but apart but other than that, the Saints appear to have a fully-fit squad.

Southampton boss Ralph Hasenhuttl: "If they weren’t a better team now they would have spent money for nothing.

"They definitely have to be a better team than last season and they are.

"They have Timo Werner and Kai Havertz and a few other signings so have lots of quality.

"It’s a team to win titles and for us it will be more difficult to take something.

"We had two different games against them last season where we lost the first one and the second we played fantastic.

"We have had two games at Stamford Bridge since I arrived and both have been very good from our side.

"The level was high and we have to reach those levels as it will be difficult to get something."

This article contains affiliate links, which means we may receive a commission on any sales of products or services we write about. This article was written completely independently, see more details here