Clarke Gayford most proud of the 'positive nature' of Ardern's campaign

Newshub
Share on FacebookShare Share on TwitterTweet
He spoke to Kanoa Llyod while sharing a plate of snapper and venison with media and neighbours. 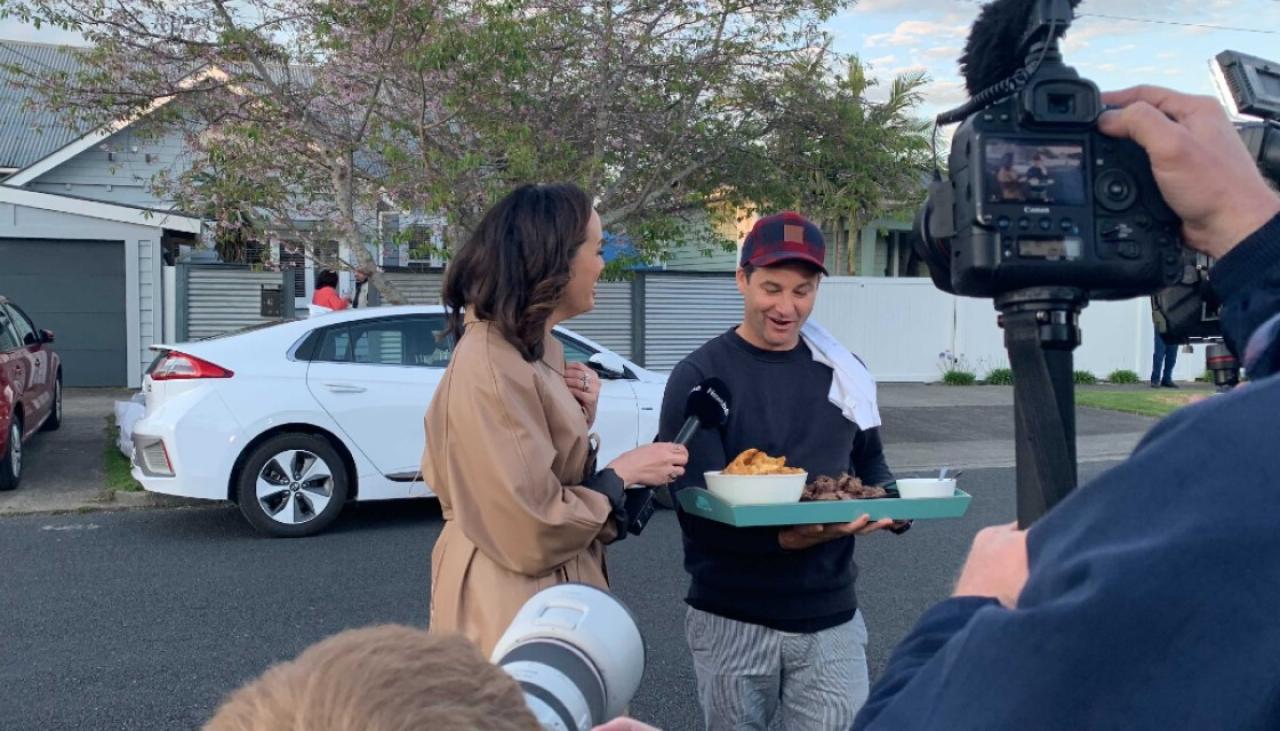 Clarke Gayford serves snapper and venison outside his and Arderns house. Credits: Supplied

A livestream of Newshub's election coverage can be found here.

Clarke Gayford says he is proud of the way Jacinda Ardern conducted her election campaign, saying politicians don't have to get "down in the gutter" to win votes.

Standing outside his and Ardern's house with a large tray of self-caught venison and beer-battered snapper Gayford told Kanoa Llyod he was proud of the "positive nature" of the campaign.

"It's been a really good demonstration to everyone else that you don't have to get down in the gutter," he said.

"You can just get your message out there and people can make up their own minds about what you're trying to deliver."

When asked if the couple's daughter Neve was staying up for the big night he said she "wasn't supposed to be."

"She's pretty excited, she's got both sets of grandparents in there, it's all go."

Gayford told Lloyd that providing the snapper for election night was a "great excuse" to get on on the water on Friday.

"I took the brother-in-law and my dad and my nephew out fishing yesterday."

Lloyd said she was sure Ardern didn't mind him going off fishing the day before election day.

Gayford replied jokingly that the media was to blame for him hitting the water.

"You guys kept saying I was gonna serve fish and then I felt this huge amount of pressure to bring some out," he said as he went off to share his platter with the media and neighbours.