CNN
Share on FacebookShare Share on TwitterTweet
YouTuber Jake Paul is trying to capitalize on his initial success in the boxing ring by challenging former UFC champion Conor McGregor.
Channeling his inner-McGregor in a profane, insulting rant posted on social media, Paul publicly challenged McGregor and offered him $50 million to fight in a boxing match.
"My team sent you a $50 million dollar offer this morning," Paul said in the video. "$50 million cash, proof of funds, the biggest fight offer you've ever been offered. But you're scared to fight me, Conor! ... You're 0-1 as a boxer. I'm 2-0 as a boxer."
McGregor has fought one boxing match before, losing in the 10th round to boxing legend Floyd Mayweather Jr. in 2017. 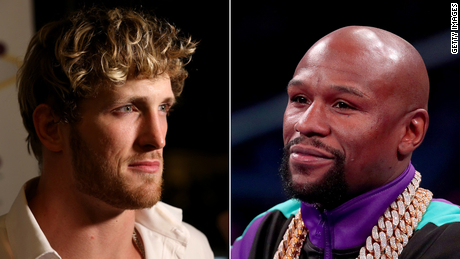 Representatives for McGregor and the UFC did not immediately respond to a request for comment from CNN.
Fresh off his knockout of former NBA player Nate Robinson, Paul is looking to challenge one of the most dangerous fighters in UFC history. McGregor has a 22-4-0 MMA record with 19 wins coming by way of knockout.
The controversial Irish fighter, whose nickname is "The Notorious," announced his retirement from UFC in March 2019 but returned in January to battle American fighter Donald "Cowboy" Cerrone at UFC 246 in Las Vegas, Nevada. He won by technical knockout 40 seconds into the first round.
While McGregor announced he would be retiring in June, he came out of retirement yet again and is currently scheduled to fight Dustin Poirier at UFC 257 on January 23, 2021.
Paul has fought twice professionally. Paul defeated YouTuber AnEsonGib in January in less than a round. In November, he defeated Robinson by knockout in the second round.
Meanwhile, Mayweather recently announced that he would be fighting Paul's older brother Logan in a "super exhibition" on February 20, 2021.
Mayweather's last competitive fight was against McGregor in 2017.
Similar shots
Topics of the week
NSW COVID restrictions Gallen vs Huni Commonwealth Bank Ben Simmons Barnaby Joyce Father's Day Bitcoin price COVID NSW Commbank F1
Hot topics