The Sydney Morning Herald
Share on FacebookShare Share on TwitterTweet
Western Australia is dealing with twin emergencies – a coronavirus lockdown and raging bushfires – as Perth residents enter their third day of a five-day hard lockdown. 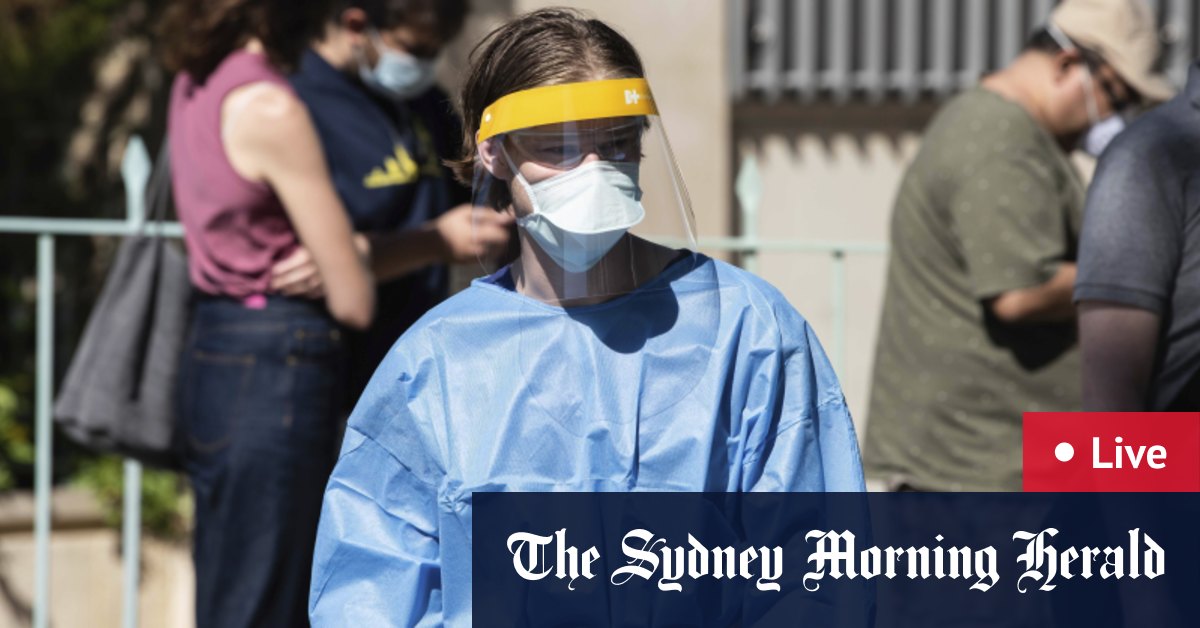 We have made our live blog of the coronavirus pandemic free for all readers. Please consider supporting our journalism with a subscription.
Summary
Go to latest
Pinned post from yesterday 10.27pm
Watch: Victorian Premier Daniel Andrews media conference

So it’s farewell - again - for the day for our live coverage of the coronavirus crisis.

Given the events of this evening tomorrow morning is sure to bring important news and we will have free and live coverage for you from the early hours.

Thanks again for reading and following, stay safe.

To add to the post below, Tennis Australia just sent out the schedule for Thursday’s tennis action and there seem to be no changes, with dozens of matches listed to take place at Melbourne Park.

However given TA has said there will be no updates tonight and given the amount of players needing to isolate and get tested, that seems likely to change.

Advertisement
yesterday 11.41pm
Tennis Australia to speak in the morning By David Estcourt

Tennis Australia will not be providing any updates about any disruption to the Australian Open tournament after a new case of coronavirus emerged on Wednesday night.

Premier Daniel Andrews said up to 600 Australian Open players, officials and support staff were told to isolate and get tested after a hotel quarantine staff member tested positive for COVID-19.

Dozens of high-profile tennis stars stayed in the Grand Hyatt Hotel, where the most recent outbreak took place, and are now considered casual contacts of the Noble Park man.

“We are contacting all Australian Open players, officials and support staff who were staying at the Grand Hyatt during the entire period. They are considered casual contacts. They must immediately isolate and get tested,” the health department said on Wednesday night.

A Tennis Australia spokeswoman told The Age and The Herald there would be no update on Wednesday night.

“This individual has given very detailed information about where he’s been, and when,” Professor Sutton said.

“That’s all you need to get on top of transmission to know where someone who’s infectious or potentially infectious has been.

“This is a test that’s come through in the afternoon. We’ve already ramped up every aspect of the response that we know needs to be in place to get ahead of it.”

Professor Sutton said that he expected people to be calling friends and family to identify close contacts as he spoke and that dozens of close contacts are being identified tonight.

Mr Andrews said he has sent messages to Prime Minister Scott Morrison to update him on the situation.

yesterday 11.00pm
Disruption looms for Australian Open warm-up events as hundreds of participants to be tested By David Estcourt

Mr Andrews said hundreds of people involved with the Australian Open, which is due to start in Melbourne on Monday, would have to test and isolate after being classified as casual contacts of the hotel quarantine worker.

“There’s a number of five or six hundred people that are either players, officials [or] others who are casual contacts,” he said.

“They will be isolating until they get a negative test, and that work will be done tomorrow. So may have an impact on tomorrow’s play in the lead up event. But, at this stage, there’s no impact to the tournament.”

Premier Daniel Andrews said the fresh outbreak was not related to a breach of the coronavirus rules in place for hotel quarantine.

The man who tested positive, a volunteer CFA member from Noble Park, has provided extensive information to the government to help contract tracers identify contacts.

“He has provided very detailed information and we’re very grateful to him for his work but also for the way in which, as a positive case he has provided all that detail, that means that that contact tracing is never easy,” he said.

“He’s been able to go back and retrace his movements with a degree of specificity that is worth a lot to us. We always knew that there could be cases”

Mr Andrews has announced the reimposition of some restrictions on Victorians as the state anxiously awaits the results of testing to be conducted on Thursday.

Mr Andrews has also paused the gradual reopening of city offices, telling workers gradually coming back to the CBD that the current restrictions will remain.

Mr Andrews said the restrictions were similar to those in force during the New Year period due to the Black Rock cluster.

“We have to assume that this person has infected others,” Mr Andrews said.

“All of us across this state, having been through everything we’ve been through, having been as a community so united, and had that real sense of purpose to this thing. I’m confident that we all know what we have to do.”

Victorian Premier Daniel Andrews has urged caution in face of the new case of COVID-19 in a hotel quarantine worker.

“This is one case, there’s no need for people to panic because they will be alarmed, we Victorians know what to do,” Mr Andrews said.

“If you have any symptoms whatsoever the only thing for you to do, the first thing tomorrow morning, is to go and get tested.

“This is one case. We are all well trained and well-schooled in what to do as a state.”

The government has released a list of exposure sites. Anyone who has visited these Tier 1 exposure sites during these times needs to isolate, get tested and remain isolated for 14 days.

More detail from the Department of Health release here:

A Hotel Quarantine worker at the Grand Hyatt Hotel has tested positive to coronavirus (COVID-19).

The individual last worked at the Grand Hyatt on 29 January and was tested at the end of theirshift, returning a negative result. Subsequently, he developed symptoms and was tested again on2 February. He returned a positive result late today.

All CQV staff are tested daily, including an exit test on their final day.

We are contacting all Australian Open players, officials and support staff who were staying at theGrand Hyatt during the entire period. They are considered casual contacts. They must immediatelyisolate and get tested.

We are contacting all Hotel staff working at the Grand Hyatt who are considered primary closecontacts. They must immediately isolate and get tested and remain isolated for 14 days.