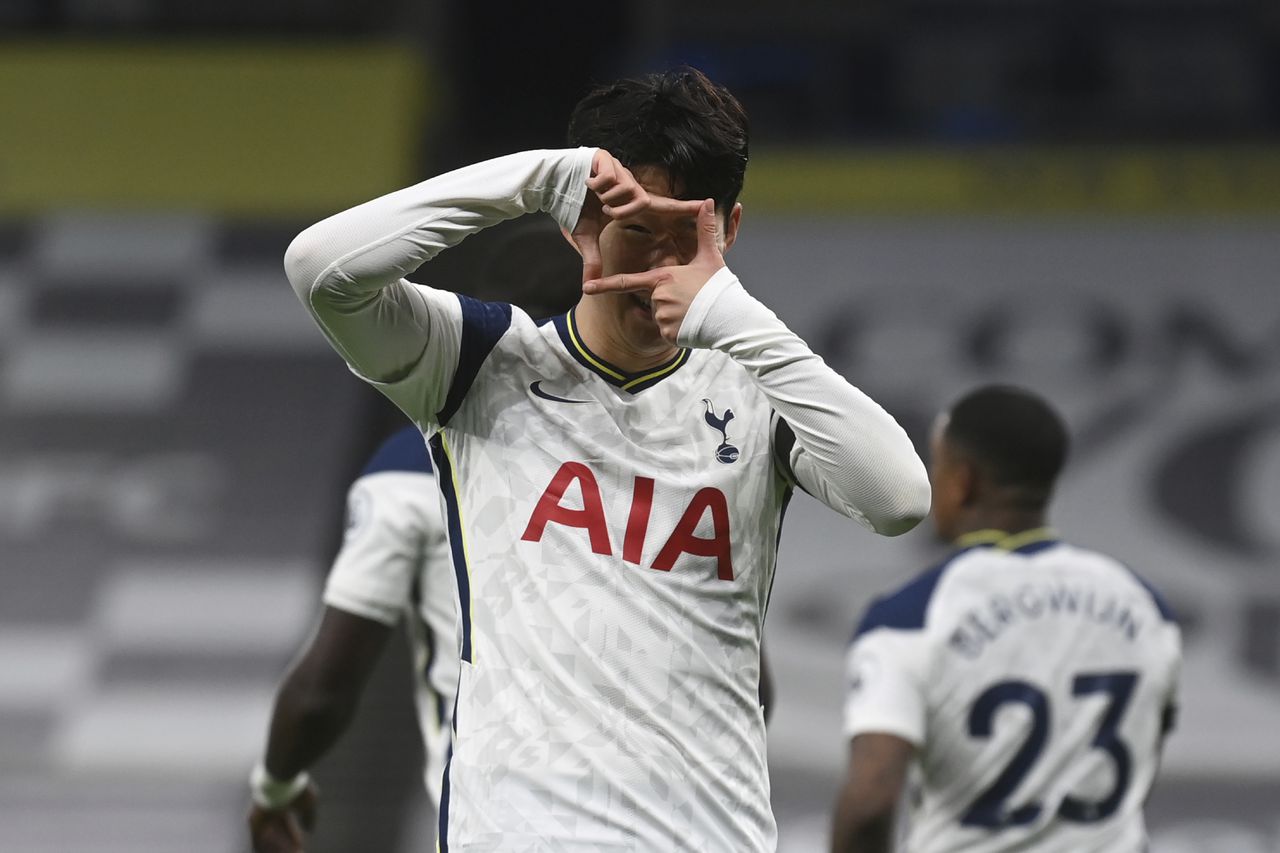 Fans without cable can watch the match for free via a trial of fuboTV.

Who: Crystal Palace vs. Tottenham

Son Heung-min and Harry Kane combined again as they both scored for Premier League leader Tottenham in a 2-0 victory over Arsenal in the north London derby on Sunday.

It was a wonder goal from Son that put Spurs in front in the 13th minute. Freed down the left by Kane, the South Korean cut inside and curled a brilliant 25-yard (meter) strike into the top corner.

Son returned the favor to tee up Kane to smash in from close range off the underside of the crossbar in first-half stoppage time as Tottenham returned to first place.

Son and Kane have now combined for 11 goals this season.

While Tottenham is unbeaten in 10 games since an opening-day loss, Arsenal has lost six times and is 11 points behind the leaders in 15th place.

“We need to score goals — it is not sustainable,” Arsenal manager Mikel Arteta said as the club endured its worst league start since 1981. “It doesn’t matter what we do in other departments if we don’t score, we need to put the ball into the net urgently. At the moment it looks like we need a lot to score a goal.

“In terms of the performance, they did everything that I asked them to do. We played the way we had to play this game. All the stats are in our favor, at the end of the day it is about putting the ball in the back of the net.”

The win came in front of the first crowd allowed at Tottenham’s stadium since March, with the 2,000 tickets restricted to home fans due to ongoing pandemic restrictions.