CSK vs SRH, IPL 2020 HIGHLIGHTS: Down but not out! MS Dhoni's CSK keep playoffs hopes alive with 20-run win

Chennai Super Kings (CSK) ended their two-match winless streak and bounced back to winning ways against Sunrisers Hyderabad (SRH) at the Dubai International Stadium in Dubai on Tuesday. MS Dhoni & Co. defeated Sunrisers Hyderabad by 20 runs in what was a clinical performance from the Men in Yellow with both the bat and the ball.

Opting to bat first for the first time in IPL 2020, CSK got off to a poor start once again as they lost opener Faf du Plessis on a golden duck. However, the move to send Sam Curran to open the innings with Faf worked well as the left-hander scored a handy 31 off 21 balls at the top. Shane Watson (42) and Ambati Rayudu (41) then played two crucial knocks to help CSK post a challenging total of 167 runs on the board.

Curran continued to impress with the ball as he drew the first blood for his team by dismissing David Warner in the 4th over of SRH's chase. SRH lost Manish Pandey cheaply on 4 as he was run-out by Dwayne Bravo. Jonny Bairstow's sluggish knock of 24-ball 23 put SRH middle-order under pressure as they succumbed against CSK's disciplined effort.

Kane Williamson top-scored for Sunrisers with a 39-ball 57 but his efforts went in vain as he failed to find support from the other end. SRH were restricted on 147/8 after some brilliant death bowling from Shardul Thakur and Dwayne Bravo as CSK secured their third win of the season and moved to the sixth spot on the points table. Here are the highlights from the game:

Faf du Plessis got a new opening partner in the game against Sunrisers in the form of Sam Curran. The in-form opener has been CSK's highest run-getter so far this season and would have hoped for a better start with Curran as his opening partner as he was handed a golden duck. Du Plessis edged the first ball of the third over from Sandeep Sharma to wicket-keeper Jonny Bairstow to depart without opening his account. It was his first duck in IPL for CSK since 2014. A rare occasion. 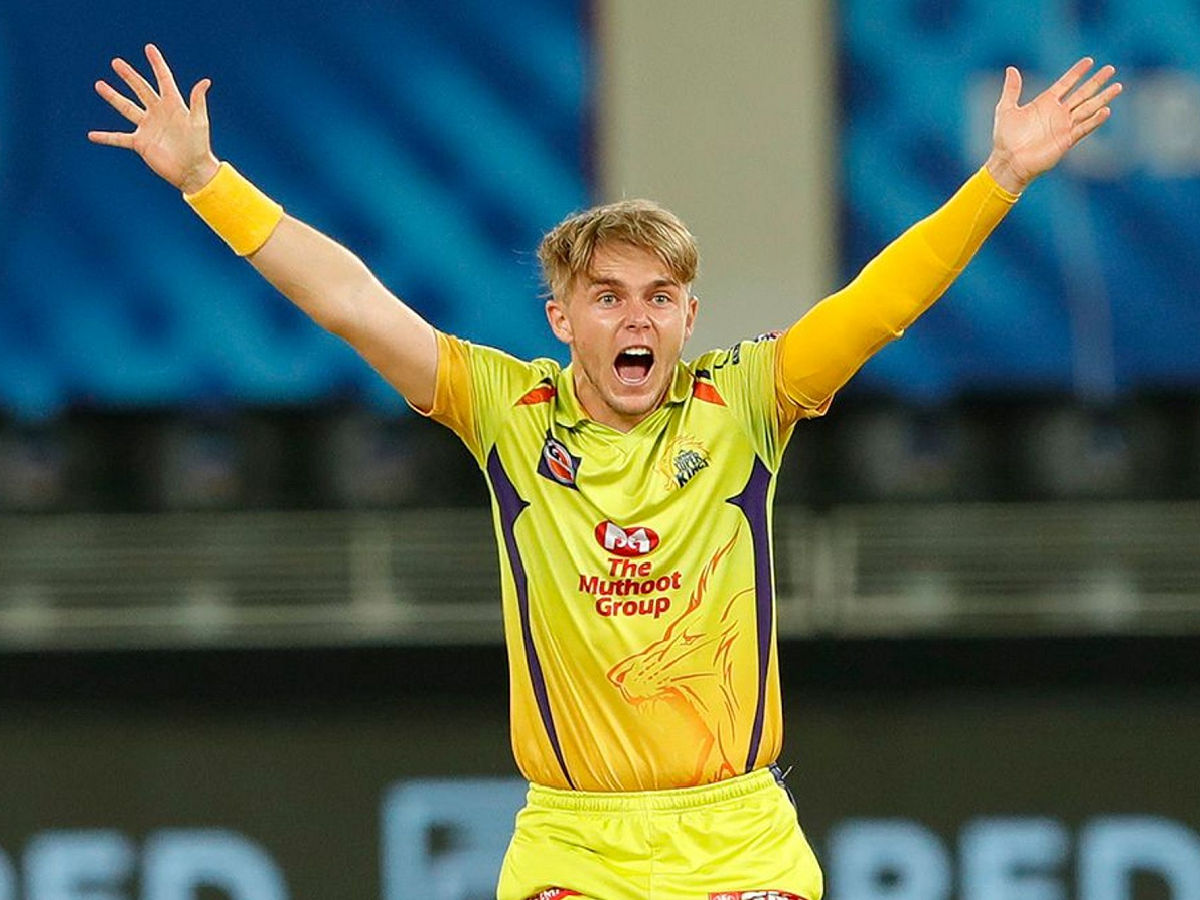 Sam Curran has done well to keep his spot in the playing XI this season even after the return of Dwayne Bravo, who remains MS Dhoni's go-to all-rounder. Curran repaid the faith shown in him as an opener with a quickfire 21-ball 31 before returning to pick up the all-important wicket of David Warner with the ball. Curran provided the much-needed breakthrough in the 4th over just when it started to look like Warner and Bairstow might take the game away from CSK. He was economical and finished with excellent figures of 1/18 in his 3 overs.

Sunrisers Hyderabad have one of the best top-orders in the league with David Warner and Jonny Bairstow as openers followed by the reliable Manish Pandey and Kane Williamson. But their batting after Williamson doesn't inspire much confidence. Youngsters Priyam Garg, Abdul Samad and Abhishek Sharma have all looked good in patches but not consistently. With no Sharma and Samad in the XI, Vijay Shankar was played at number six but his 7-ball 12 did not help SRH's cause in their run chase of 168. 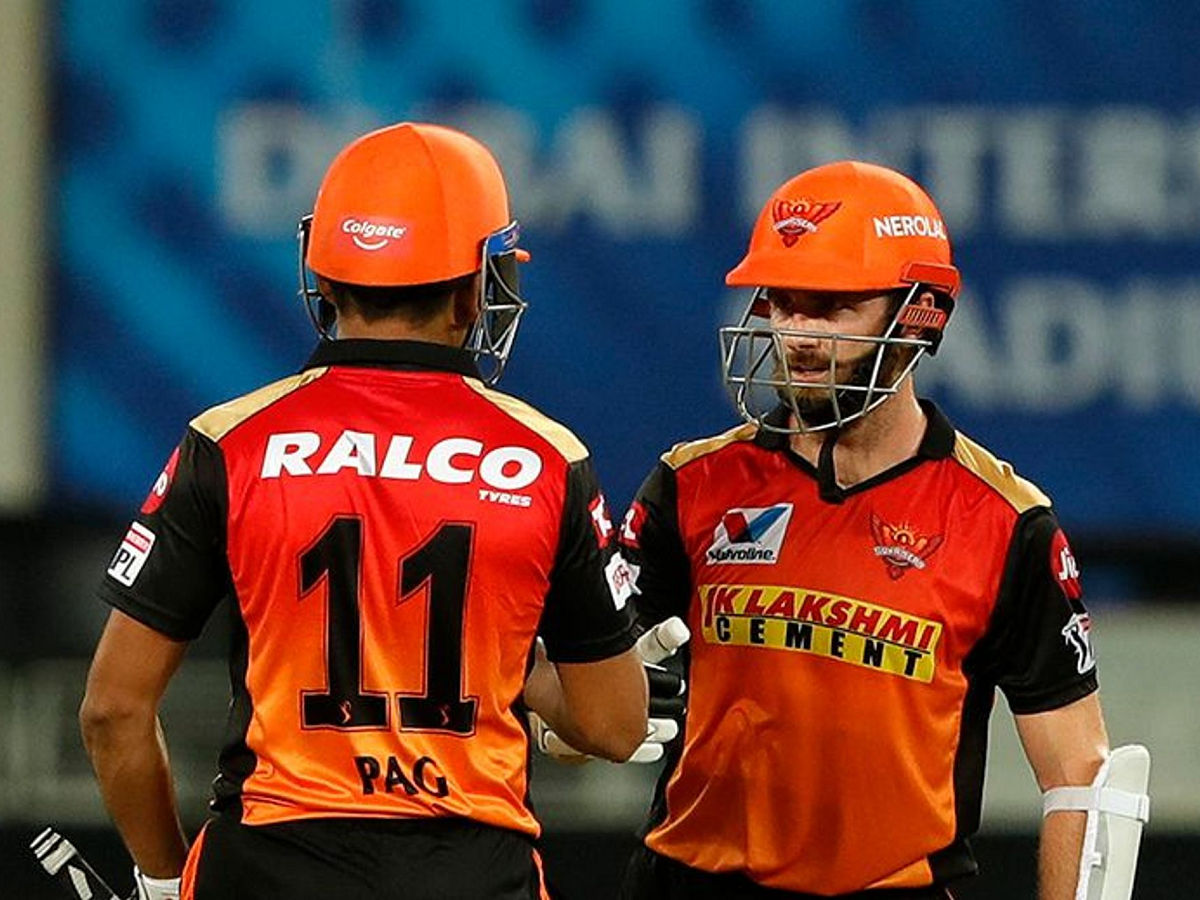 Kane Williamson was the lone warrior for Sunrisers Hyderabad against Chennai Super Kings. He top-scored for his side with a gritty knock of 57 runs off 39 balls but his efforts went in vain as Sunrisers fell short in the run chase by 20 runs. Williamson single-handedly kept SRH in the hunt towards the end and took it down the wire but his dismissal in the 18th over sealed the deal for CSK as they were magnificent in the 19th and 20th over conceding only 6 runs combined.

5) CSK alive in race for playoffs:

Chennai Super Kings ended their two-match losing streak with their 20-run win over Sunrisers Hyderabad to prove they are down but not out yet. MS Dhoni & Co. are still very much alive in the tournament but will have to continue their winning momentum in the upcoming games to enter the top four. They have some tough games coming up in the next few days and will have to step up and deliver under pressure.