Moneycontrol
Share on FacebookShare Share on TwitterTweet
For SRH, Kane Williamson fought valiantly with a measured 57-run knock (off 39 balls) and there was a possibility of an upset in the last stages of the match however Shardul Thakur continued to impressed in the death overs and Bravo - a master of such s 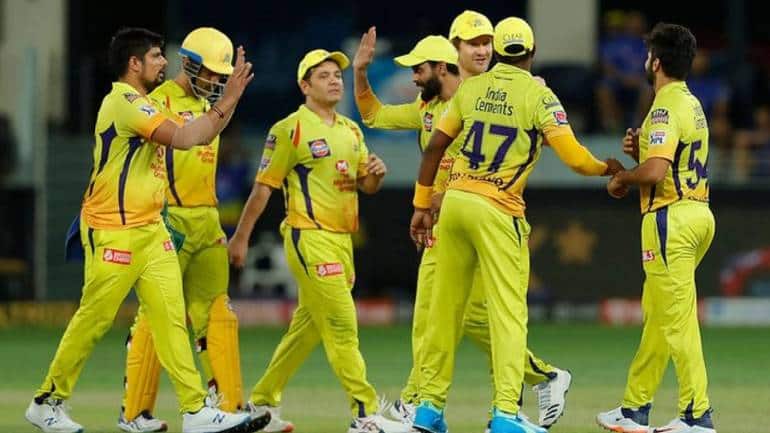 It was almost a perfect script for Chennai Super Kings against Sunrisers Hyderabad on Tuesday night as they won the match by 20 runs in Dubai. CSK skipper won the toss after five games and got the opportunity to set the target for the first time in this season.

“We had a chat. Me, Sam or Jadeja weren’t getting enough balls. So, why not send one of them up,” revealed Dwayne Bravo after the match on MS Dhoni's surprise move of sending Sam Curran to open the innings with Faf du Plessis.

A free-flowing 31 off just 21 balls with 3 fours and 2 sixes set the momentum for CSK and they never looked back. Dhoni also gave the new ball to the England all-rounder who not only got the prized wicket of SRH skipper David Warner (who is at No.4 among the leading run-getters of the season) but also conceded just 18 runs in his 3 overs.

“Sam Curran is a complete cricketer for us. You need a seaming all-rounder, he plays the spinners well and he can give us those 15-45 runs. A good left armer is always good to have in the side. You keep wondering whether the ball would come in or leave the batsman,” said Dhoni after the match.

Brilliant batting from start to finish

CSK batsmen out-smarted their counterparts in all the three phases-powerplay, middle overs and death overs of batting. Lady luck was also smiling on CSK as both Ambati Rayudu (dropped by Bairstow on 9) and Shane Watson (by Rashid Khan off his own bowling on 20) got reprieve and they added 81 off 64 balls.

Dhoni too played a cameo (21 off 13) but it was Ravindra Jadeja’s momentum-shifting (25 off just 10) in the death overs that set the target of 167 on a pitch which was conducive for slow bowlers.

“There was some purpose with the bat and the batsmen assessed the situation very well. With a total like 160, it all depends on the start you get in the first six overs. The fast bowlers did the job, the spinners came into play and it was one game that was as close to being perfect,” said Dhoni in his post match chat with the host broadcaster.

Jadeja also got rid of dangerous Jonny Bairstow and gave away just 21 runs in his three overs. “The wicket looks on the slower side so I was just looking to bowl into the stumps rather than give them room. It is a difficult wicket for batsmen,” said Jadeja after getting the Man of the Match award.

For SRH, Kane Williamson fought valiantly with a measured 57-run knock (off 39 balls) and there was a possibility of an upset in the last stages of the match however Shardul Thakur continued to impressed in the death overs and Bravo - a master of such situations defended 26 off the last two overs.

“I thought 160 was the right total to go after, but anything above that was always going to be difficult. Having 6-7 bowlers in the team helps. It's difficult to play against bowlers who can swing the ball,” conceded rival captain David Warner.

Clearly, Warner was envious of Dhoni’s bowling resources in the match with seven options to choose from, so much so that CSK gave Piyush Chawla his only over of the match in the 16th over!). And, he conceded just 8 runs when SRH’s equation to win was 65 runs from 30 balls.

A comprehensive win has now brought back CSK in  the points table who are now equals with SRH and RR with 6 points.

(Vimal Kumar is a senior sports journalist who has covered multiple cricket world cups and Rio Olympics in the last two decades. Vimal is also the author of Sachin: Cricketer Of The Century and The Cricket Fanatic’s Essential Guide.)