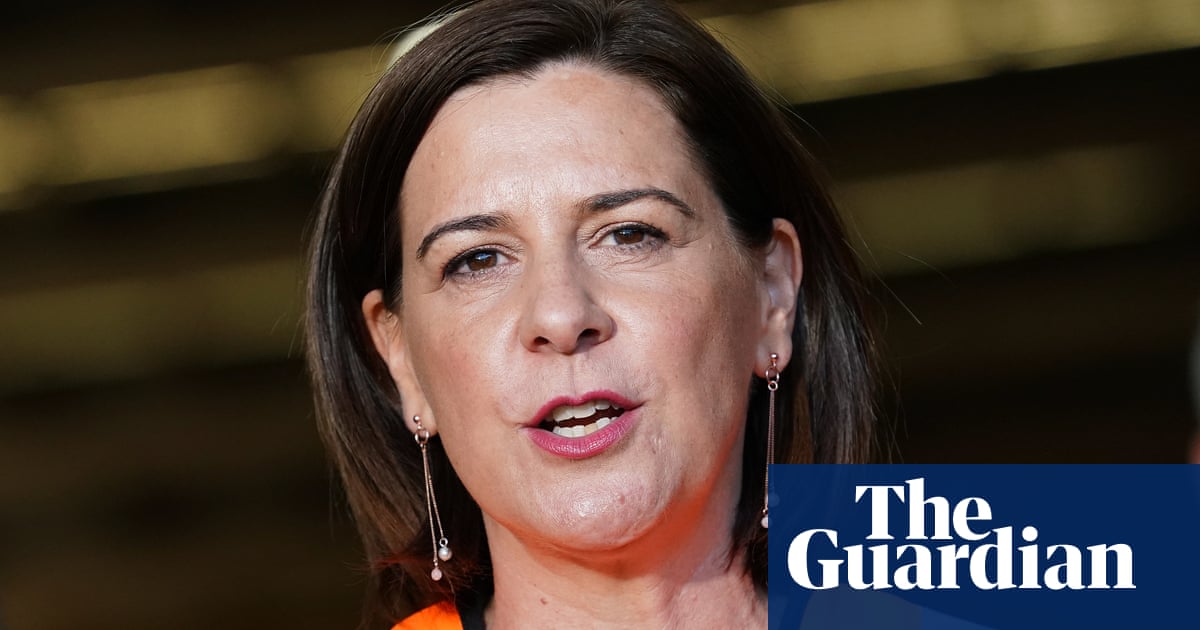 Weeks before the Queensland election, the Liberal National party has referred concerns about a series of private election fundraising events featuring its own leader, Deb Frecklington, to the electoral commission.

The ABC reported on Tuesday the party had issued an internal “show cause” notice to Frecklington, related to five exclusive political events attended by the opposition leader, wealthy party donors and property developers.

Several of the events were also promoted as featuring the federal home affairs minister, Peter Dutton, alongside Frecklington.

Property developers are banned from making political contributions in Queensland and there is no suggestion the LNP accepted any fundraising from prohibited donors at these events, or otherwise.

However, the party subsequently referred its concerns about those private events to the Electoral Commission of Queensland and warned party members that the presence of prohibited donors at political events so close to the state election was “highly problematic”.

In a statement released after the ABC story was published, the LNP said it had not referred Frecklington specifically to the electoral commission.

“The ABC’s allegation that the LNP has referred Deb Frecklington to the ECQ is false. It has not,” a party spokesman said. “The LNP regularly communicates with the ECQ to ensure that we comply with the act.”

Speaking to reporters at an election campaign stop on Tuesday, Frecklington said the party had not accepted money from any prohibited donors.

“Politicians attend supporters’ dinners, politicians mix with and go to events with every manner of type of business people,” she said. “Anyone can attend a fundraiser, but a prohibited donor cannot donate. And let’s make it really clear I stand by my integrity.

“There are various matters that the party have advised me that they write to the ECQ to seek that advice [about], and there is nothing untoward about that. I stand by my integrity.”

Frecklington’s office bluntly denied it had organised the fundraising events.

Guardian Australia understands from party sources that LNP headquarters did not organise the events. The sources said the party’s contact with the ECQ was not framed as a request to investigate Frecklington’s actions, but to “triple check” that the unsanctioned fundraising had been conducted appropriately.

“But her name is on the flyers and she attended the dinners, so [the party would] have known that distancing themselves from it, that [the ECQ] looking into Deb’s actions would be the logical outcome,” one LNP figure said.

“Whether or not the wrong thing has happened, it speaks volumes about the relationship between Deb and HQ, and the state of our election campaign.”

Developers who attended those fundraisers told the ABC they did not pay to attend or make any donation, and that they were aware of the rules prohibiting them from doing so.

The events come amid significant internal and faction wrangling within the LNP, including concerns about its fundraising.

In August, the party’s honorary treasurer, Stuart Fraser, stood down from his position.

Guardian Australia understands his resignation was not connected to concerns about Frecklington’s fundraising. But the situation left the LNP headquarters without a chief party fundraiser just months before the 31 October election.

Some within the party had been concerned the LNP was already at a fundraising disadvantage given the ban on developer donations and new expenditure caps it had claimed would allow unions to run third-party campaigns and advantage Labor.

Party figures pointed out the events appear to have been held soon after influential backroom figures – known internally as “the cabal” – attempted to replace her as state leader.

“Deb had been close with the cabal, and it’s clear that relationship has broken down. I’m just frustrated that, less than three weeks until the election, we can’t just shut up and get on with it.”

Frecklington’s office told the ABC that: “Anyone who donates to the party must complete a declaration that they are not a prohibited donor.

“There is transparency about who has donated and who hasn’t donated.”