Dexter Is Headed Back to Showtime in 2021 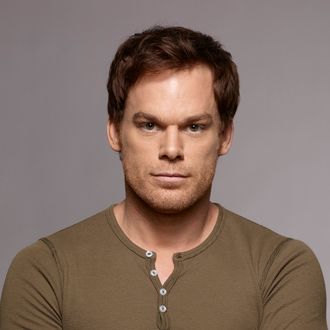 Your favorite vigilante serial killer is coming back for more. On Wednesday, The Hollywood Reporter announced that Showtime has revived the crime drama Dexter starring Michael C. Hall for a limited series. The 8-season show starred Hall as the titular Dexter, a forensic scientist blood splatter expert by day and murderous avenger of evil by night. The 10 episode miniseries will reportedly pick off where the extremely disappointing series finale that aired in 2013 left off, which (7-year old spoiler alert ahead!) saw Dexter head off to live a life alone in exile as a lumberjack, never to face the music for any of his many, many murders. Perhaps the reboot, which is scheduled to begin production in early 2021 and air next fall, will provide fans with the much needed closure that the original ending to the series sorely lacked.

“Dexter is such a special series, both for its millions of fans and for Showtime, as this breakthrough show helped put our network on the map many years ago,” said Showtime Entertainment president Gary Levine. “We would only revisit this unique character if we could find a creative take that was truly worthy of the brilliant, original series. Well, I am happy to report that Clyde Phillips and Michael C. Hall have found it, and we can’t wait to shoot it and show it to the world.”

The news of Dexter’s return from the dead is interesting, considering Showtime recently announced that it has canceled the second season of the Kristin Dunst led drama series On Becoming a God in Central Floridadue to COVID-19. Apparently, the network only has room for one drama following an eccentric anti-hero based in Florida on its docket.