Hot topics close
Home Dortmund vs PSG Dortmund’s Erling Haaland Adds to His Totals, and to His Legend

Dortmund’s Erling Haaland Adds to His Totals, and to His Legend 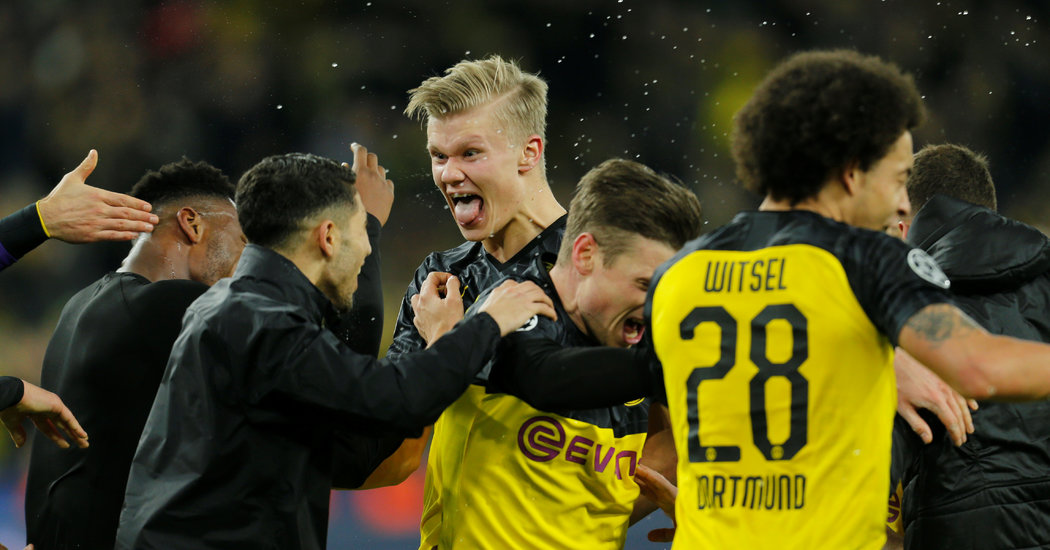 DORTMUND, Germany — Borussia Dortmund’s players hung back a little, idling halfway between the center circle and the goal. With Paris St.-Germain jerseys slung over their shoulders, the spoils of battle, they clapped each other on the back, they exchanged high fives, they ruffled each others’ hair. Most of all, though, they waited for him to have his moment.

A few yards ahead, Erling Haaland stood in front of the Yellow Wall, the soaring South stand of Signal Iduna Park. Just after Christmas, he had finally decided to join Borussia Dortmund — picking the club from a long, slavering queue of would-be suitors, ranging from Manchester United to RB Leipzig — in part because of the prospect of playing in front of what is, arguably, the most iconic terrace in European soccer.

The support of the Yellow Wall forms a considerable part of Dortmund’s sales pitch. Haaland had, by all accounts, long hoped to experience it. Now here he was, 51 days later, basking in its adulation. He applauded it, a little. He raised his arms above his head in celebration. He offered a thumbs-up. Mostly, he just stared.