Evening Standard
Share on FacebookShare Share on TwitterTweet
Arsenal made it six wins out of six in the Europa League group stages as Mikel Arteta’s side collected a 4-2 victory at Dundalk on Thursday night. 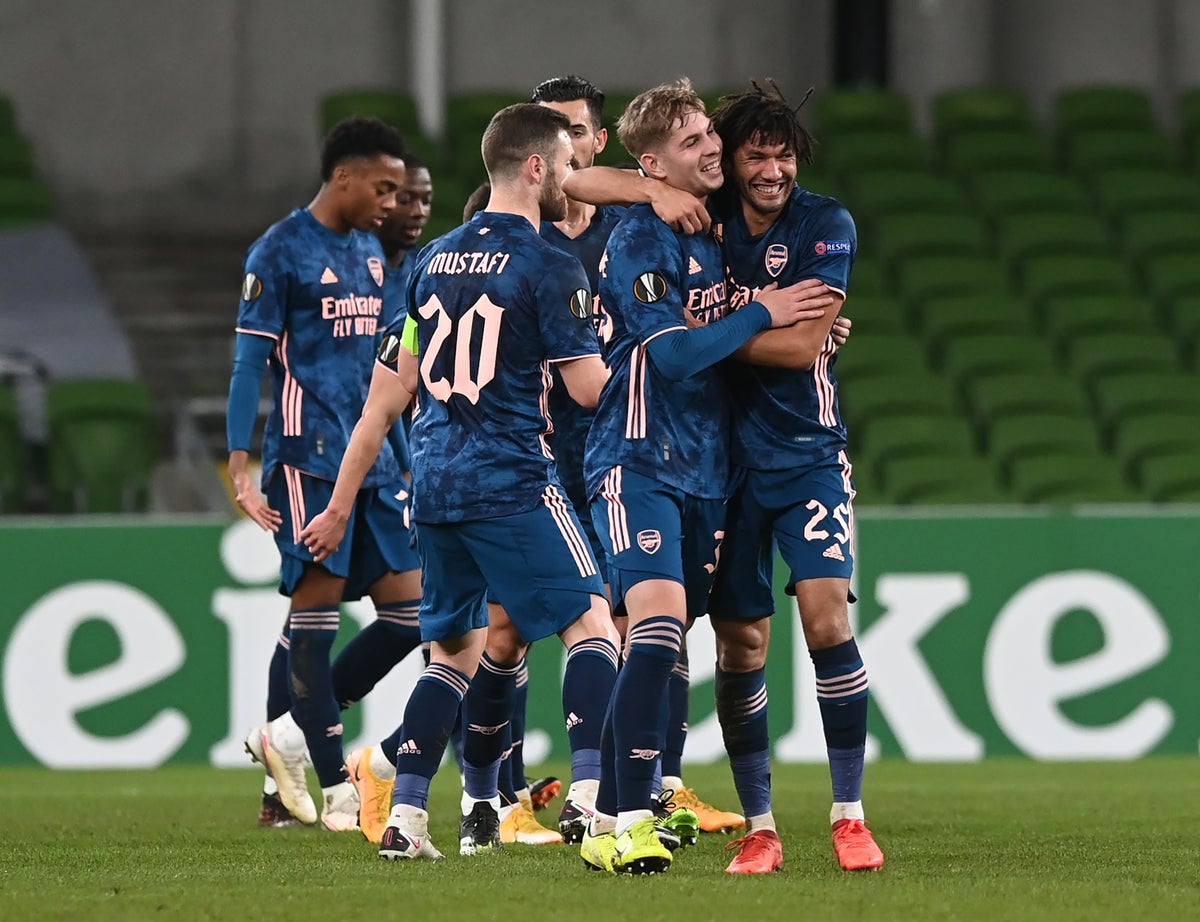 Despite Arsenal’s Premier League struggles, the Gunners have been impressive in Europe - and Arteta made 11 changes for the trip to Ireland as Calum Chambers made his first start in more than a year following a long-term injury.

Arsenal dominated the early proceedings and took the lead as Eddie Nketiah's smart finish broke the deadlock with just 12 minutes on the clock.

The second goal followed soon after, this time Egypt midfielder Elneny scoring his first Arsenal goal in three years with a sumptuous finish from all of 25 yards out.

Despite the one-way traffic, Dundalk halved the arrears as Jordan Flores flashed home a decent finish, although Arsenal goalkeeper Alex Runarsson will feel he should have done better.

Arsenal started the second half with a similarly dominant performance and wrapped up the points as substitute Folarin Balogun teed up Willock for the third goal - and Balogun bagged one of his own with 10 minutes left on the clock.

There was enough time for a late Dundalk consolation as Sean Hoare headed home a free-kick, but Arsenal were home and dry by then.