The Australian Financial Review
Share on FacebookShare Share on TwitterTweet
Donald Trump faces the biggest rejection yet of his campaign to overturn the election result as the electoral college votes to seal Joe Biden's win. Read all the latest here. 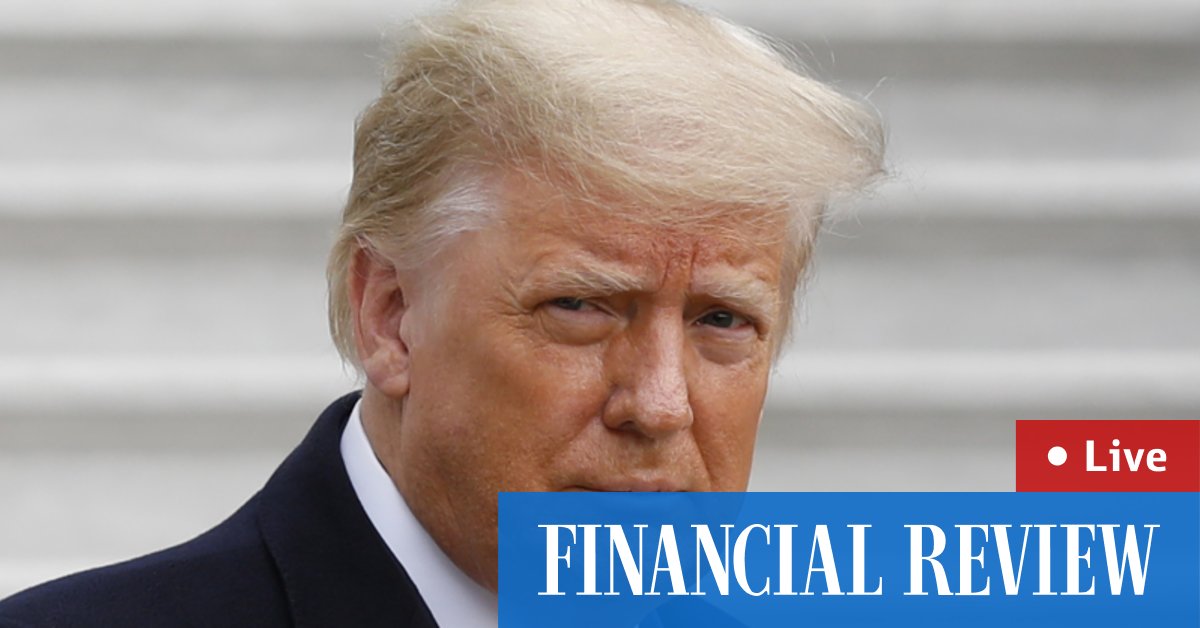 A group of Donald Trump's most loyal backers in Congress is plotting a final-stage challenge on the floor of the House of Representatives in early January to try to reverse Joe Biden's election victory.

Constitutional scholars and even members of Trump's own party say the effort is all but certain to fail. But the looming battle on January 6 is likely to culminate in a messy and deeply divisive spectacle that could thrust Vice President Mike Pence into the excruciating position of having to declare once and for all that Trump lost the election.

The fight promises to shape how Trump's base views the election for years to come, and poses another awkward test of allegiance for Republicans who have privately hoped the electoral college vote on Monday (Tuesday AEDT) will be the final word on the election result.

For the vice president, whom the Constitution assigns the task of tallying the results and declaring a winner, the episode could be particularly torturous, forcing him to balance his loyalty to Trump with his constitutional duties and considerations about his own political future.

The effort is being led by Alabama Republican Mo Brooks. With a group of allies in the House, he is eyeing challenges to the election results in five states — Arizona, Pennsylvania, Nevada, Georgia and Wisconsin — where they claim fraud or illegal voting took place, despite certification by voting authorities and no evidence of widespread impropriety.

Under rules laid out in the Constitution and the Electoral Count Act of 1887, their challenges must be submitted in writing with a senator's signature also affixed. No Republican senator has yet stepped forward to say he or she will back such an effort, although a handful of reliable allies of Trump, including Ron Johnson and Rand Paul, have signalled they may do so.

Constitutional scholars say the process is intended to be an arduous one. Once an objection is heard from a member of each house of Congress, senators and representatives will retreat to their chambers for a two-hour debate and then a vote on whether to disqualify a state's votes.

Both the Democratic-controlled House and Republican-controlled Senate would have to agree to toss out a state's electoral votes — something that has not happened since the 19th century.

Several Senate Republicans — including Patrick J Toomey of Pennsylvania, Susan Collins of Maine, Lisa Murkowski of Alaska and Mitt Romney of Utah — have forcefully rejected the idea of overturning the results, and their votes would be enough for Biden to prevail with the support of Democrats.