The Australian Financial Review
Share on FacebookShare Share on TwitterTweet
Sean Parsons regrets that the co-operation between industry, academia and the military nurtured in the US has not been taken up here in Australia. 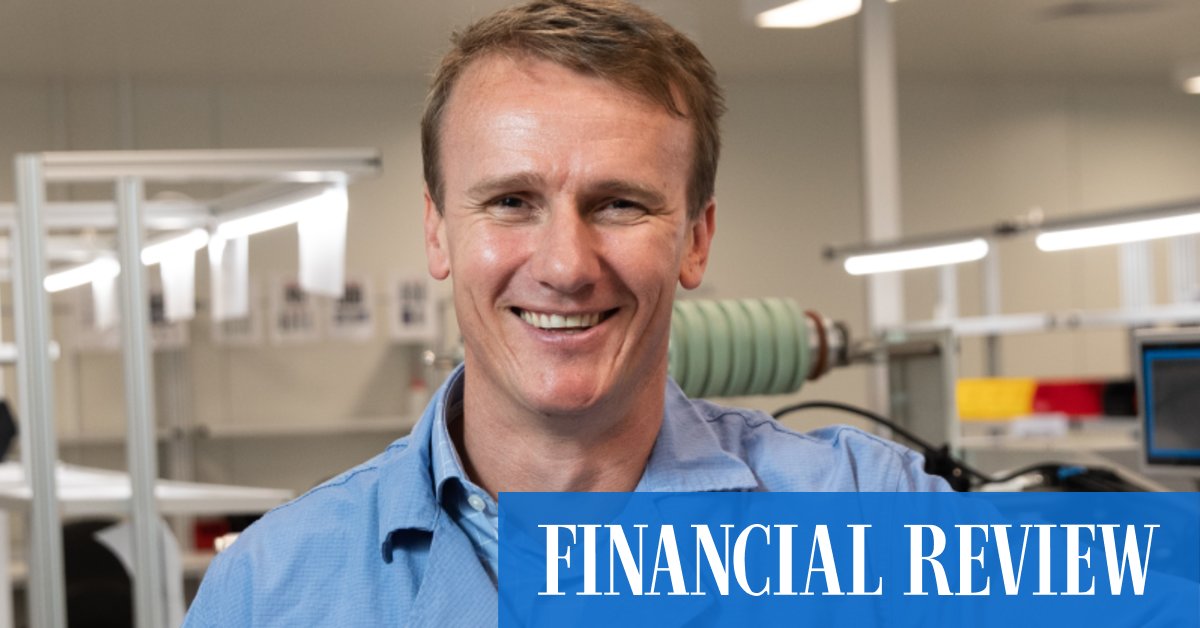 The continuing crisis is President Joe Biden’s most pressing priority as it casts a deep shadow across the US economy, which isn’t expected to regain its pre-pandemic levels of activity until the middle of this year.

The White House said the Ellume deal would eventually drive mass production and slash the cost of quick tests, enabling deployment in a vast array of scenarios where social distancing is difficult or impossible.

While Australia has clearly missed out on becoming a major manufacturing hub for the tests, Ellume’s success comes after it last year became the first and only company so far to win US Food and Drug Administration emergency-use approval, under the former Trump administration, to make home COVID-19 detectors that don’t need a doctor’s prescription or laboratory access.

I thought ... that we wouldn’t see organisms evolve as COVID did ... nobody in the industry saw it coming.

The company’s test involves a nasal swab that is inserted into a cartridge and linked to a smartphone app. A result is sent back to the user within 15 minutes.

“There’s a chicken and egg problem that we have actually taken a step to solve today,” Andy Slavitt, a senior adviser to the White House COVID-19 response team, told reporters. “The purpose of today’s announcement is to move to mass production and scale.”

While the $US30 price tag for each test is considerably cheaper than current $US100 to $US200 tests in the US, the administration acknowledges that the cost needs to come down even further to make them attractive to ordinary consumers.

“The cost will come down only if we get to that mass production and scale,” Mr Slavitt said, before adding that other companies were active. “We know there are efforts to create even lower cost and more innovative approaches and we welcome those.”

“Things that are not low cost and accessible don’t do us all the good that we need,” he said.

Ellume’s success, more than a decade in the making, is a potent combination of high-tech know-how, entrepreneurialism, some canny state-government decision-making almost a quarter-century ago to spur a thriving local biotechnology sector, and – somewhat ironically – initial start-up capital from an investor who made his fortune in Queensland’s “old economy” Bowen Basin coalfields.

Dr Parsons – a former emergency and intensive care clinician in Queensland’s biggest hospitals – said he created privately owned Ellume in 2010 as a bit of “an accident” after noticing during the swine flu epidemic of 2008 a lack of effective and quick diagnostic tests.

“It just seemed like there was a gap,” he told The Australian Financial Review. “As we pulled on that thread, we realised there was something there.”

Backed by early investor Paul Darrouzet, whose wealth stems from his 2007 sale of a coal mine stake to Anglo Coal for $US620 million, Ellume struggled through 2013 and 2014 to develop its technology, according to Dr Parsons.

Punting his business on the idea that pandemics are both inevitable and unstoppable, Dr Parsons said he originally focused on producing a home flu test, believing that the 2003 SARS and 2012 MERS outbreaks were aberrations.

“I thought ... that we wouldn’t see organisms evolve as COVID did ... nobody in the industry saw it coming.”

While the current pandemic was still an unseen but knowable future risk, Ellume made its “make or break science” discoveries about 2015 with the production of nano-particles that bind to the COVID protein and become detectable by a light sensor.

Its focus is now on manufacturing at scale and for as low a cost as possible, with the company scouting several locations for a factory in the US.

“The final location isn’t determined yet. The key thing is we need the staff to help us set up the facility and run it.”

“I should say, we’re not leaving Australia, we’re expanding in America,” Dr Parsons said, after noting that the company’s establishment in Brisbane was no accident.

Since the late 1990s, when former premier Peter Beattie championed Queensland’s “smart state” innovation strategy, the city has nurtured an active biotechnology sector, particularly at the University of Queensland and QUT.

Dr Parsons said more than half of his company’s staff were trained at those institutions. “Peter was right, is the short answer.”

“I’d like to think we’re the partial fulfillment of that ... part of that journey.

“It’s fair to say without that kind of investment we wouldn’t have access to the kind of talent we have at Ellume. Peter was ahead of his time.”

Mr Beattie told the Financial Review he was delighted at Ellume’s success, describing Dr Parsons as an exemplar for the country. “I hope the Prime Minister spends some time with him and says here’s a role model for the rest of Australia,” he said.

“I obviously bored everyone silly with the smart state, but it’s about valuing education and the power of ideas.

“Too often we’re digging things up and doing agriculture, all of which is really important, don’t get me wrong.

“But our future relies on the power of ideas. There are only 24 million of us.”

“It’s like the submarines. I hope that once those submarines, which will be out of date when they’re finished, will throw out a whole lot of other industries in South Australia.”