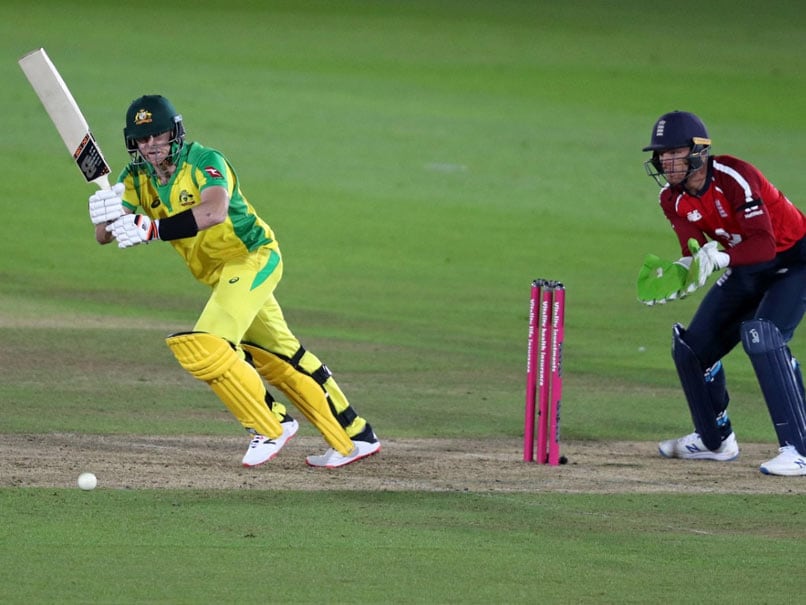 Australia leg-spinner Adam Zampa is eager to have "world-class" Steve Smith back in the team as the tourists bid for a series-clinching victory in the third one-day international at Old Trafford on Wednesday. Smith has been on the sidelines for the opening two matches of the three-match series against world champions England after being hit on the head during practice on Thursday. Australia have repeatedly said the star batsman has been rested purely as a precaution despite passing two concussion tests. They won the opening match by 19 runs on Friday and were cantering to victory on Sunday at 144-2, chasing a target of 232.

Australia, however, suffered a dramatic collapse, sparked by pacemen Chris Woakes and Jofra Archer, as England won by 24 runs to level the series.

"It's been disappointing to have him (Smith) miss the last couple of games," Zampa told a conference call on Monday.

"He's a world-class player and has that experience as well. It's pretty obvious if Steve Smith is fit he's in most cricket teams. I'd hope to have him back for the third game."

Australia were cruising to victory while captain Aaron Finch (73) and Marnus Labuschagne (48) were compiling a partnership of 107 before a flurry of wickets on a used pitch.

"We were so close to winning the series with a game to spare. When you're watching that happen, it's never easy."

England have made a habit of recovering from seemingly hopeless positions to beat Australia, winning last year's Ashes Test at Headingley by one wicket and fighting back for a two-run victory in the first Twenty20 at Southampton earlier this month.

"It says England are a really, really good cricket team," said Zampa when asked about those results. "Their one-day cricket over the last four or five years has been unbelievable -- they really attack with the bat and do the job with the ball.

"They read conditions really well, the bowlers literally hit the top of off-stump the whole time and they are very disciplined. England are just a really good cricket team and we can learn a lot from them."

Zampa has been in fine form this tour. The 28-year-old is the leading bowler on either side in the ODI series with seven wickets at an average of just 13.

"I really enjoy bowling the death overs, I love those pressure overs, especially when the game's on the line," he said.

England leg-spinner Adil Rashid also found himself bowling late on during Sunday's match when, despite conceding 67 runs from 9.4 overs, he wrapped up the game with eight balls to spare by having Alex Carey stumped.

"I love watching him bowl," said Zampa. "He's got control but he's a really gutsy bowler too. He's always attacking and trying to get wickets."

Topics mentioned in this article