FRANCE 24
Share on FacebookShare Share on TwitterTweet
Multiple sclerosis, a neurodegenerative disease that has no cure and affects some 2.8 million people in the world, is largely driven by infection with the Epstein-Barr virus, according to a new paper… 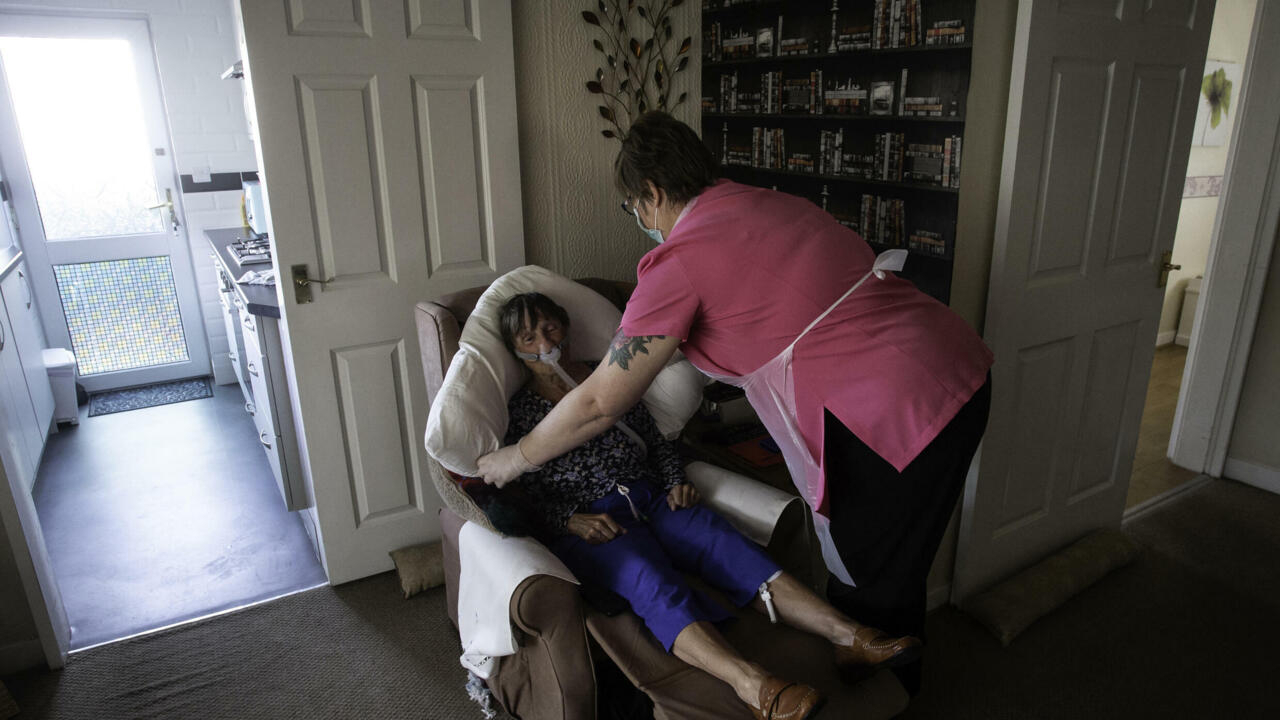 Washington (AFP) – Multiple sclerosis, a neurodegenerative disease that has no cure and affects some 2.8 million people in the world, is largely driven by infection with the Epstein-Barr virus, according to a new paper by Harvard researchers.

Their findings, published in the journal Science this week, appear to settle a long-standing but hard to prove hypothesis, and were welcomed by outside experts who said attention should now turn to preventions and cures.

"This is the first study providing compelling evidence of causality," said Alberto Ascherio, a professor of epidemiology and nutrition at Harvard Chan School and senior author of the study, in a statement.

"This is a big step because it suggests that most MS cases could be prevented by stopping EBV infection, and that targeting EBV could lead to the discovery of a cure for MS."

EBV is a herpes virus that can cause infectious mononucleosis -- sometimes called kissing disease -- and stays in the host for their whole life.

MS is a chronic inflammatory disease that destroys the myelin sheaths protecting neurons in the brain and spinal cord, causing problems with vision, balance and mobility.

The idea of a link between the two had been explored for years, but it was difficult to establish definitively, partly because EBV is extremely common, reaching around 95 percent of adults, and MS symptoms begin to develop a decade after infection.

To study the question, the researchers looked at more than 10 million young adults on active duty in the US military over a 20 year period, and identified 955 who were diagnosed with MS during their period of service.

They analyzed blood serum samples taken every two years, determining the soldiers' EBV status at the time of the first sample, and the relationship between EBV infection and MS onset.

Levels of a protein called neurofilament light chain, a well known biomarker of MS, increased only after MS -- and the authors were able to show their findings couldn't be explained by other risk factors.

Writing in a related commentary in the same journal, William Robinson and Lawrence Steinman of Stanford University said since everyone is infected with EBV but only very few people develop MS, genetic factors are "additional fuses" for MS after the initial trigger.

They also noted some hypotheses for how EBV causes MS. These include that some of the virus' proteins might "mimic" myelin sheath, causing the immune system to attack it.

Another idea is that EBV might be turning certain immune cells, called B cells, against the host.

Ascherio, the new study's author, concluded: "Currently there is no way to effectively prevent or treat EBV infection, but an EBV vaccine or targeting the virus with EBV-specific antiviral drugs could ultimately prevent or cure MS."

Moderna began a clinical trial of an mRNA EBV vaccine this month, a development that takes on added importance given the new finding.