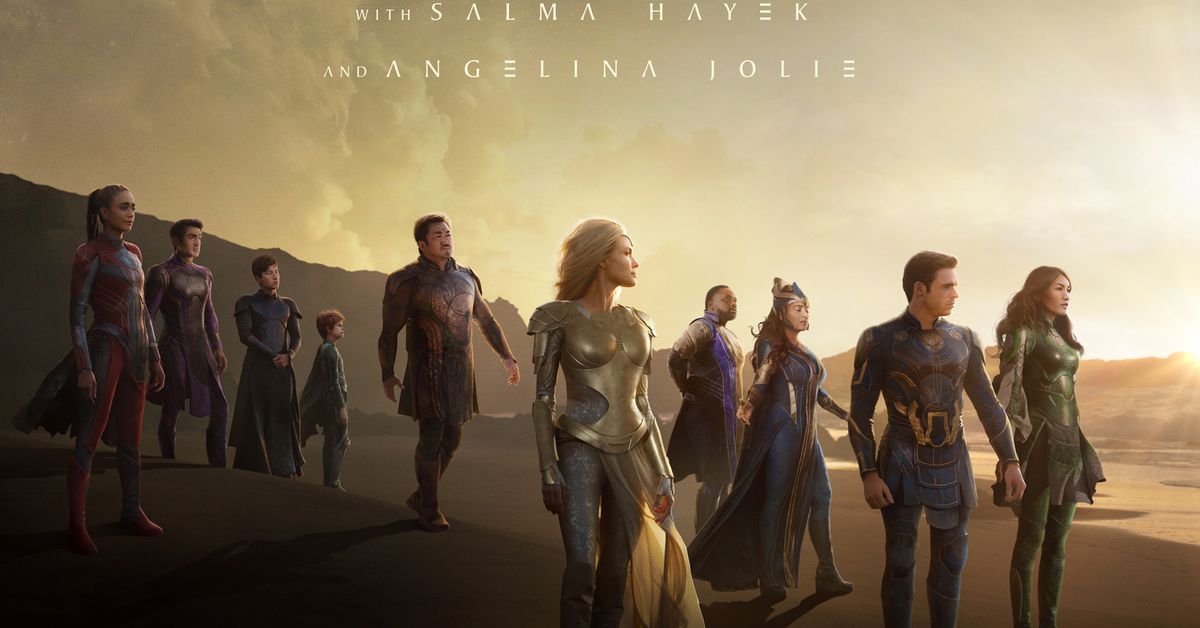 “Eternals” had its world premiere event Monday night, and some reviews have already made their way online.

“Eternals” is the newest Marvel Cinematic Universe film that tells the story of a group of superbeings, named Eternals, who look to ward off their long-standing enemies, the Deviants. It’s a lot more involved than that, but that’s enough for you to know without spoiling things.

The film has a blockbuster cast, including Gemma Chan as Sersi, Richard Madden as Ikaris, Kumail Nanjiani as Kingo, Lia McHugh as Sprite, Brian Tyree Henry as Phastos, Lauren Ridloff as Makkari, Barry Keoghan as Druig and Don Lee as Gilgamesh, with Kit Harington as Dane Whitman, Salma Hayek as Ajak and Angelina Jolie as warrior Thena.

You can read my thoughts on “Eternals” on Twitter. My full review will drop on Deseret News this Sunday.

Otherwise, read through the social media reviews for “Eternals” that made their way to Twitter. Many of the reviews seemed positive, offering critical acclaim for the project.

#Eternals is a whole lot of movie.

It’s shot with a massive scope, looking visually different (and more intimate) than anything else Marvel. It has laughs, great surprises, and heart to go with the gigantic, crowded story it unpacks.

#Eternals flirts with being "just a superhero movie" but (barely) gets by on scale, a few affable actors and some eventual intrugue. At its best, it almost plays like Marvel playing in the DCEU sandbox but coasting on comparatively generic superhero archetypes. pic.twitter.com/Im83hV6sm0

#Eternals is surprising, epic, beautiful yet dense. It takes some big swings, sometimes feels like a DC film (not a criticism), other times feels like no other superhero movie ever. I wish I had a glowing quick reaction to offer you but I’m left with more complex thoughts.

Marvel’s #Eternals is spectacularly weird & rich w/ a new MCU mythology that makes it feel separate from everything else. It’s honestly refreshing. There’s a bittersweetness to the film that you feel in its sunset shots - a definite Chloé Zhao touch. It is soulful & thoughtful pic.twitter.com/pIAFAyhJ4D

#Eternals , wow! A lot to unpack. If Marvel movies are a Venn diagram — variations within that overlap — this movie is off the charts. Hands down the most different of any of their films.