Where to watch Marvel movie Eternals online in Australia

finder.com.au
Share on FacebookShare Share on TwitterTweet
Meet the immortal beings who shaped Earth’s history and civilisations. Here’s where to watch Eternals online. 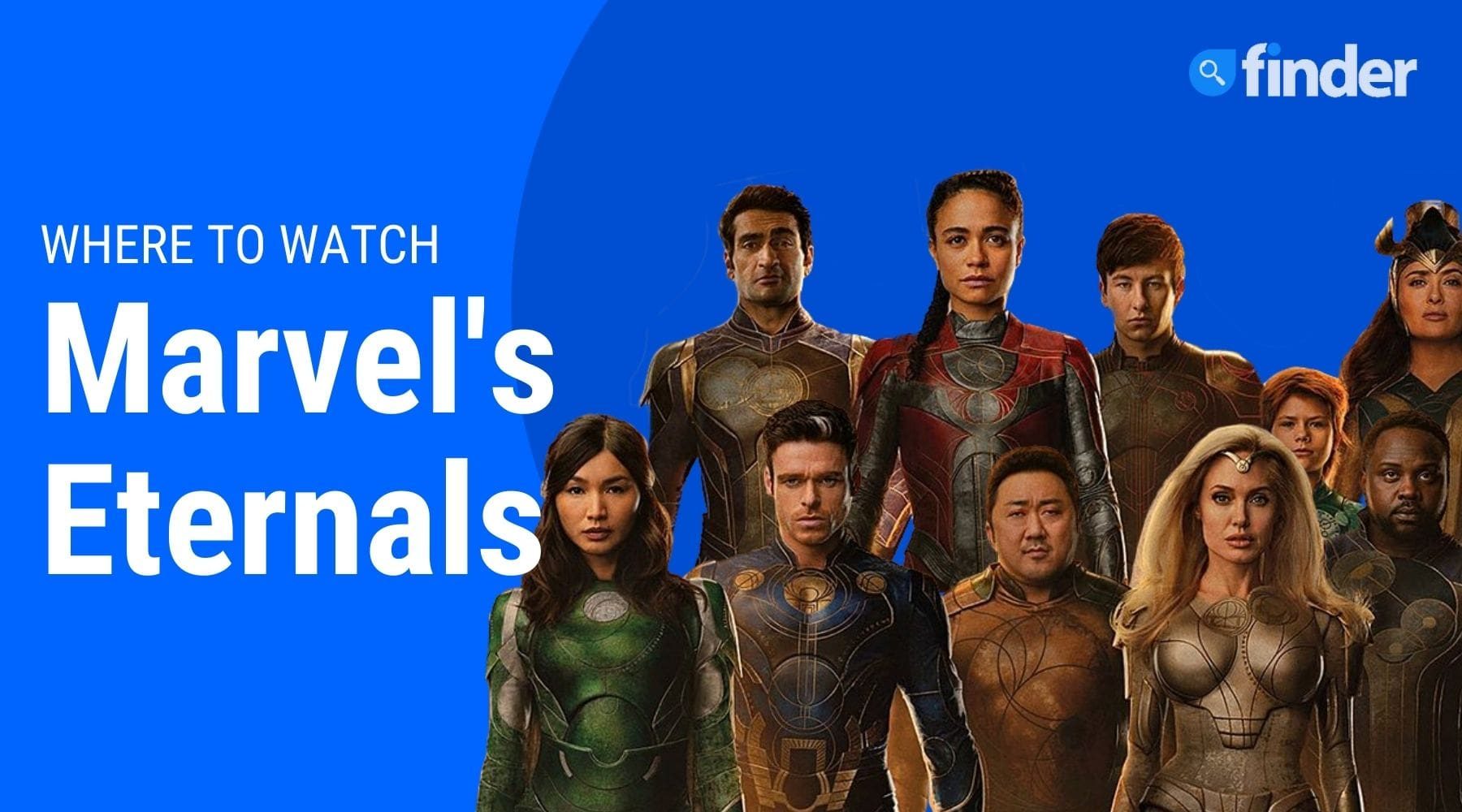 These heroes from beyond the stars are ready for their moment in the spotlight.

The Marvel Cinematic Universe (MCU) shows no signs of slowing down. While several heavyweights saw their demise or retirement in Avengers: Endgame, others are stepping up to keep the world safe as new threats emerge.

Case in point: the Eternals, who have actually been around since the dawn of time… although we're just getting to know them.

Based on the Marvel Comics series of the same name, Eternals is the 26th film in the MCU. Directed by Chloé Zhao and featuring an appealing ensemble cast, it's been one of the highest-grossing titles of 2021. Now, the movie is heading to streaming. Here's how you can tune in.

When does Eternals come out?

The Marvel movie hit cinemas back in November. If you've missed it on the big screen, you're in luck: It premieres online on 12 January.

How to watch Eternals online in Australia

You can stream Eternals exclusively on Disney Plus. The platform hosts the majority of the MCU movies, as well as multiple TV shows set in this ever-expanding world: WandaVision, The Falcon and the Winter Soldier, Loki, What If...? and Hawkeye.

Additionally, you get access to a generous library of TV shows and movies. Most of them are family-friendly, but you can stream titles for a more adult audience under the Star channel. Recent highlights on Disney Plus include Star Was series The Book of Boba Fett and animated film Encanto.

Subscriptions to Disney Plus in Australia cost $11.99 a month or $119.99 annually. The service doesn't offer a free trial at the moment, but you can cancel your subscription anytime.

Eternals introduces a fresh team of super-powered beings. Dubbed heroes from beyond the stars (or aliens, to put it simply), they have been around since the dawn of man, tasked to protect humanity from monstrous creatures called Deviants.

The Eternals thought the Deviants were extinct so they each went their own way, generally keeping a low profile. But when the creatures mysteriously emerge in present day, the team reunites to figure out why this is happening and how to put a stop to the ancient danger once and for all.

That being said, Eternals has the difficult task of covering a whole lot of story and introducing multiple characters – each with their own motivations, history and beliefs. This makes the movie overwhelming and confusing at times. Eternals is also darker and slower than your average MCU extravaganza.

Even so, it's a rewarding viewing experience, taking the universe in interesting new directions and boasting a particularly diverse team of superheroes. If you're in the mood for an ambitious origin story, Eternals fits the bill. Settle in for a captivating adventure.