Yahoo News Australia
Share on FacebookShare Share on TwitterTweet
Manchester United will face La Liga leaders Real Sociedad in the last 32 of the Europa League following Monday's draw in Nyon, after they were dumped out of the Champions League last week. 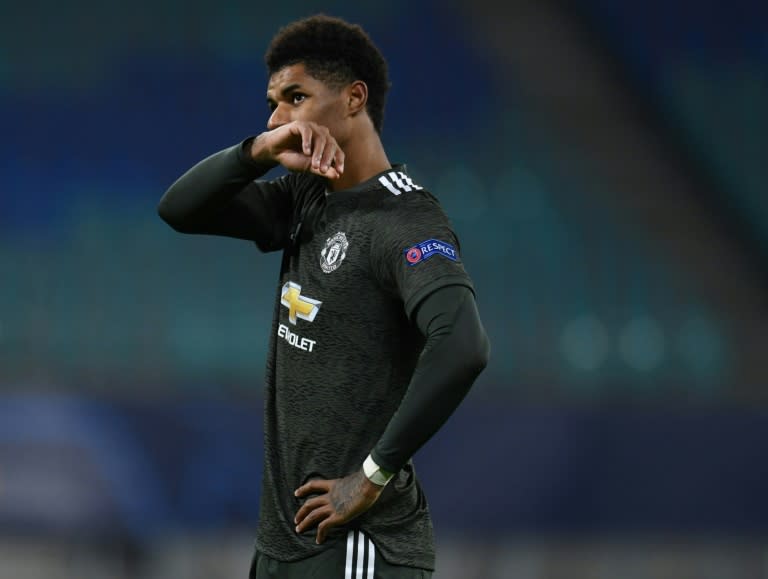 Manchester United will face La Liga leaders Real Sociedad in the last 32 of the Europa League following Monday's draw in Nyon, after they were dumped out of the Champions League last week.

United dropped down to the Europa League, which they won in 2017, after RB Leipzig knocked them out of the Europe's top competition at the group stage.

But Sociedad represent one of the toughest draws of the first knockout round.

They reclaimed top spot in La Liga on Sunday and made it out of the Europa League group stage thanks to a dramatic late draw at Napoli, combined with AZ Alkmaar's last-gasp defeat at Rijeka.

United meanwhile are eighth in the Premier League after Saturday's goalless draw with local rivals Manchester City, although they are only five points behind leaders Tottenham Hotspur having played a game fewer.

Gennaro Gattuso's Napoli, who are four points behind leaders AC Milan in Serie A, will face another Spanish side in the shape of Granada, while Milan have been handed a tie with Red Star Belgrade in a clash of former European champions.

New Bundesliga leaders Bayer Leverkusen will take on Swiss side Young Boys, while Ajax face current Ligue 1 leaders Lille after being eliminated from a tough Champions League group that contained Liverpool and Atalanta.

Arsenal have a tricky tie with Benfica after topping their group with six wins from six, while fellow Premier League outfits Tottenham and Leicester City will clash with Austria's Wolfsberg and Slavia Prague respectively.