Fernando Alonso, the two-time champion whose enthusiasm for competition is completely undimmed despite him turning 41 at the weekend, has sensationally switched from Alpine to Aston Martin on a multiyear contract starting next season, stepping into the car to be vacated by the retiring Sebastian Vettel.

In an incredible turn of events for the tightly knit F1 paddock, it caught everyone completely by surprise, apparently including Alpine itself.

Watch every practice, qualifying and race of the 2022 FIA Formula One World Championship™ live on Kayo. New to Kayo? Start your free trial now >

That the French team is yet to confirm that Aussie young gun Oscar Piastri — Alonso’s obvious successor and a significant point of tension in negotiations to retain the Spaniard — will step into one of its cars next season would suggest Enstone was caught on the hop. It also raises questions about just how much further the silly season has to run.

WHAT ASTON MARTIN NEEDS FROM ALONSO

Aston Martin’s sensational pinching of Fernando Alonso was the result of a confluence of factors in a short period of time.

One was Sebastian Vettel’s announcement late last week that he’d be retiring from the sport at the end of the season.

Vettel was crucial to Aston Martin on several levels. One, he was a slick and polished face compatible with the high-end automotive brand, and his four titles lent the team much-needed credibility and prestige after the messy end and creation of the Force India and Racing Point brands respectively.

Second was that he brought Aston Martin his experience.

The team is owned and operated by Lawrence Stroll, and though the Canadian billionaire is undoubtedly approaching his investment in the team and car company as a serious business, at the heart of it is the mission to make his son, Lance, a world champion.

But while Lance has proven is handy steerer and by no means the hopeless pay driver some would like to characterise him as, he’s also shown over seven years that he isn’t leadership material, and he lacks the frontrunning experience to haul the push the team forwards.

Vettel filled that role not only by galvanising but by giving direction — much needed, as it turned out, as the project turned out to be slipping dramatically backwards as he joined to the point it’s now ninth in the constructors standings.

Replacing the German with a rookie or even a Stroll-tier mid-grid driver therefore wasn’t a viable option.

In Fernando Alonso the team not only has a like-for-like replacement but is arguably trading up. He’s performing at an extremely high level, is seriously motivated and brings decades of multidisciplinary experience to Silverstone. It’s also a massive vote of confidence in the team’s ambitious and well-funded plans to move towards the front of the grid.

It also gets one back over Otmar Szafnauer, who left the team over the off-season in protest of its management structure.

For Aston Martin, headhunting Alonso was a no-brainer.

WHAT ALONSO’S GETTING FROM ASTON MARTIN

While the first factor influencing this outcome was Vettel’s retirement, the second was Alonso’s own expiring contract and the protracted negotiations to renew it.

Alonso has returned to Formula 1 to add to his tally of 32 victories and, ideally, his collection of two titles. He joined Alpine last season knowing that it would be a midfield team in the short term but betting that it had the resources and personnel to become a winner in the medium term.

His experience was going to be the difference.

He wanted to be driving the car when it became a winner, and as early as April at the Australian Grand Prix Alonso signalled he intended to race for another two or three years. 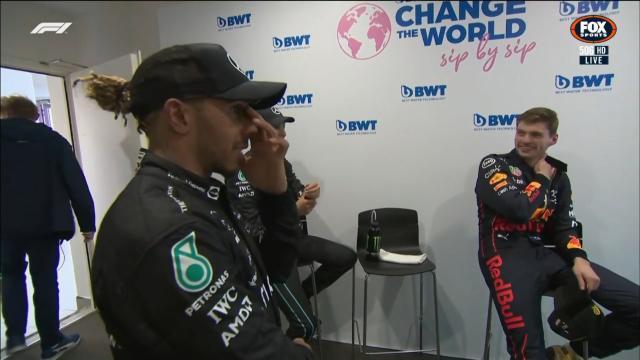 But Alpine wasn’t prepared to give him that long.

Waiting in the wings was young gun Oscar Piastri. The Aussie won three junior titles in succession, including the F2 title on debut last year — too soon to progress to the tied-up Alpine, and so he’s sitting on the sidelines as the team’s reserve.

It’s understood his contract releases him from the Alpine’s grasp if the team can’t find him a full-time seat in 2023, whether at Enstone or elsewhere.

This was the principal point of tension in negotiations.

The preference was to loan Piastri to a third party for a year, after which Alonso would be shifted to Alpine’s new WEC hypercar program for 2024, making space for the Australian’s promotion to the main team. Reportedly the team was willing to offer a one-plus-one deal.

But Alonso, who wanted to realise the fruits of his labour at Alpine, wasn’t satisfied with that outcome. Nor would it have been satisfactory to know that he was being managed out of Formula 1 on the team’s terms rather than his own. Team principal Otmar Szafnauer also suggested money was a factor.

Aston Martin, meanwhile, has offered Alonso a multiyear deal — reportedly two years with options for more — and an opportunity to be the undisputed centre of development. And as one of the grid’s best funded teams not only backed by a consortium headed by billionaire Stroll but also sponsored by Saudi Aramco, the world’s most valuable company, money will have been absolutely no object.

Put simply, Aston Martin offered Alonso a package he couldn’t refuse considering the terms of his return to Formula 1. 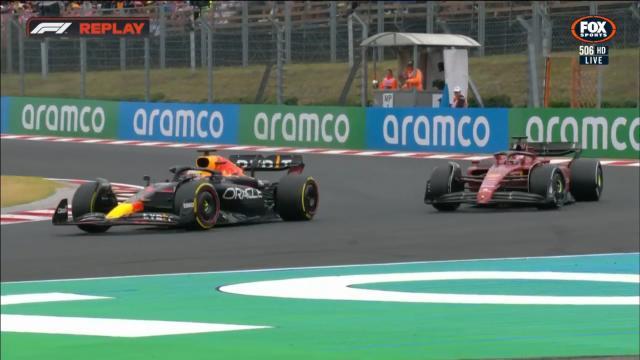 Leclerc burnt by ANOTHER Ferrari blunder | 01:14

WHAT ARE THE RISKS?

But why would Alonso switch from the team currently fourth in the standings down to the team languishing ninth and with fewer than half the points he himself has scored so far this year?

If you zoom out far enough, there is a logic too it — in fact Alonso has already argued the case for himself, albeit seven years ago.

At the end of 2014, a season featuring just two podiums and no wins he had a messy split with Ferrari and ended up at McLaren on the way to rock bottom. Vettel took his place at Maranello and opened his season with three podiums, including victory in Malaysia.

Alonso was understandably asked whether he regretted the move.

“In November we’ll see. If they win the championship, it’s a bad decision. If they finish second, it’s a very good decision,” he told Sky Sports.

The equation is the same today. He’s betting that despite Alpine being fourth, it’s no closer to the title than Aston Martin given the chasm between the midfield and the leaders.

If he retires without either team having become a regular winner or championship contender, then it won’t really have mattered either way.

He could also fairly argue that Aston Martin could have a higher performance ceiling given its rate of spending on new facilities and the poaching of highly credentialed staff from rivals while Alpine remains constrained by corporate budgets. 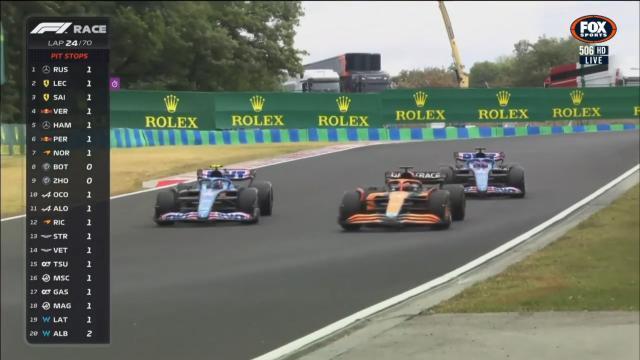 WHAT NOW FOR ALPINE — AND THE DRIVER MARKET?

Regardless of Alonso’s specific reasons, it’s hard not to see this as a vote of no confidence in Alpine — its second in two seasons after Daniel Ricciardo decided to quit after just one campaign when it was racing as Renault.

Spending big on Alonso was the team’s way of dealing with the trauma of losing Ricciardo. How will it respond this time?

“I’d argue that there are drivers that are perhaps not as good as Oscar driving at the moment,” he said. “For me the ideal scenario is that he wins races and championships with us. This is basically what we’re trying to achieve.”

And so the team’s delay in announcing what would be the obvious choice — notwithstanding the suddenness of Alonso’s departure — is interesting.

France’s respected Auto Hebdo has reported Piastri is already pre-committed to another team for next season. Whether that’s part of an agreed loan or is Piastri’s Mark Webber-led management team exercising its options to seek a contract beyond Alpine’s reach is unclear. Webber is known to have been pushing his former Porsche WEC team principal Andreas Seidl into making room for the F2 champion.

But it would also be extremely surprising — and embarrassing — if Alpine somehow managed to let Piastri slip from its grasp, and both Daniel Ricciardo and McLaren have publicly and emphatically quashed the possibility that the relationship will end before the end of next season, leaving themselves little wriggle room to change heart.

Piastri was also reportedly destined for a loan to Williams next year in Nicholas Latifi’s place. Alongside Alex Albon — who Williams has suggested it has an option for in 2023 — Oscar would form a formidable line-up.

Considering Alpine seemed to think it was close to locking in Alonso for at least another year, it would be logical to think it was similarly far down the road in securing Piastri a loan by now, something CEO Rossi openly talked about last week.

Without Piastri the backmarker faces the uninspiring option of retaining Nicholas Latifi or gambling on Formula E champion and Mercedes reserve Nyck de Vries. Though De Vries is well regarded, that Mercedes has never gone out of its way to find him a spot in Formula 1 presumably says a lot about how much the team rates his ultimate potential.

There’s still along way to go before the 2023 grid shakes itself out, and with three weeks of mid-season rumours ahead, there’s plenty of potential for a this to be a very silly season indeed.