ESPN
Share on FacebookShare Share on TwitterTweet
Get a report of the Fulham vs. Liverpool 2020-21 English Premier League football match. 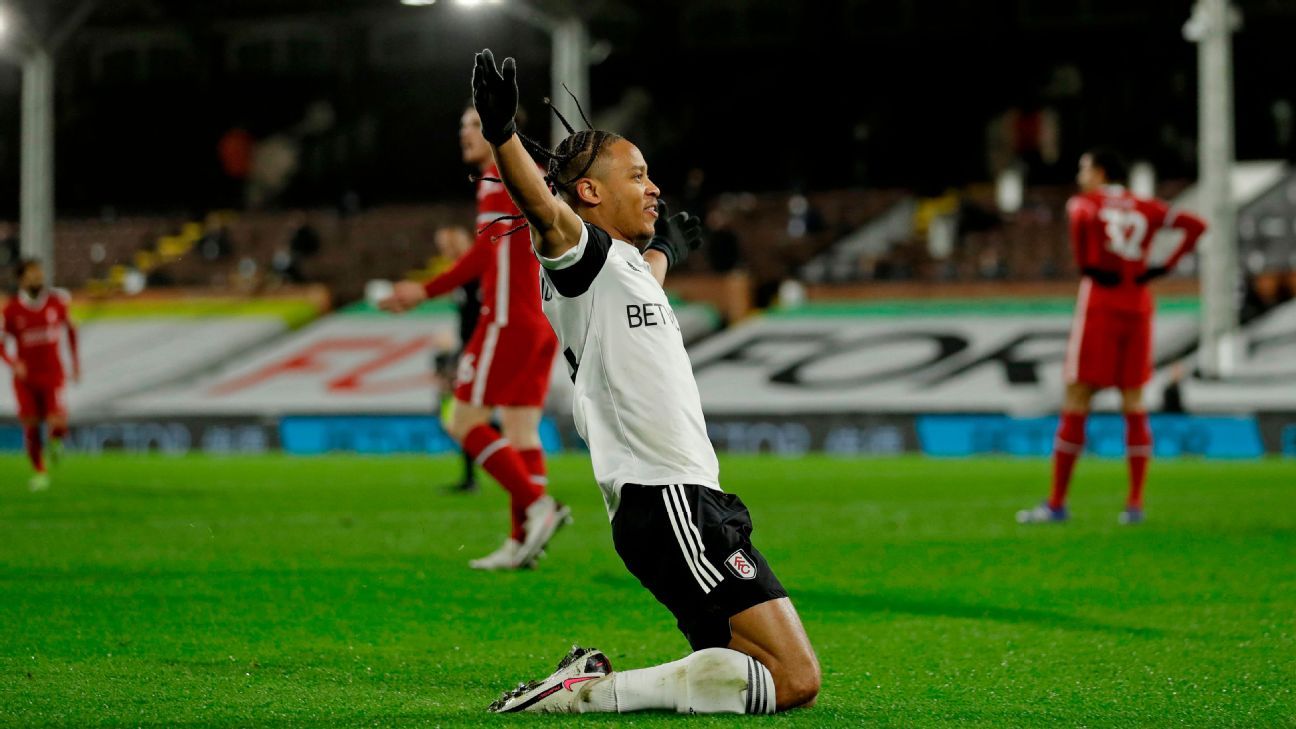 Fulham produced a shock upset against Liverpool with a 1-1 draw in front of a live crowd at Craven Cottage.

Fulham came close to scoring in the 13th minute after Ivan Cavaleiro found himself one-on-one with goalkeeper Alisson, but the Brazil international denied the winger thanks to a save from close-range.

The home side got their goal in the 25th minute with an excellent finish by forward Bobby Decordova-Reid who fired past Alisson from a tight angle.

An angry Klopp was pictured running to the dressing room at half-time, the German manager keen to make use of every available moment with his players.

After the break, Jordan Henderson came close to levelling the score after finding himself free in the penalty area in the 61st minute, yet Henderson's shot failed to find the back of the net following a super stop from keeper Alphonse Areola.

Liverpool were awarded a penalty after it was judged that Aboubakar Kamara touched the ball with his hand to defend a free kick inside the box. Mohamed Salah converted with ease to level the score.

Klopp's side have dropped 11 points this season compared to the 15 from the whole of their title-winning campaign.

Skipper Henderson said Liverpool had been off the pace in the first half.

"We didn't really get going in the first 25 minutes which in the Premier League you can't do, you get punished, he said. "The good thing was we reacted well. We will look at it, but it's not like us."

Fulham manager Scott Parker was keen to praise his players after his side ended a run of six successive Premier League defeats against Liverpool.

"I thought in the first half there was some real quality about us," he said.

"The fans played a big part today, we felt the atmosphere before the game and the players showed real spirit."

The result means that Liverpool stay second in the Premier League table, while Fulham put valuable points between themselves and Burnley in 18th place.