Daily Mail
Share on FacebookShare Share on TwitterTweet
The Year 12 was taken to Royal Perth Hospital with knife wounds after the 'serious incident' at Gilmore College in Perth.
Teenage boy 'is stabbed in the back in a schoolyard brawl' - before a 14-year-old student is charged

A 17-year-old boy was allegedly stabbed in the back after being chased through a schoolyard on Wednesday morning.

The Year 12 was taken to Royal Perth Hospital with knife wounds after the 'serious incident' at Gilmore College in Perth.

A 14-year-old boy has since been charged with unlawful wounding and will face court next month. 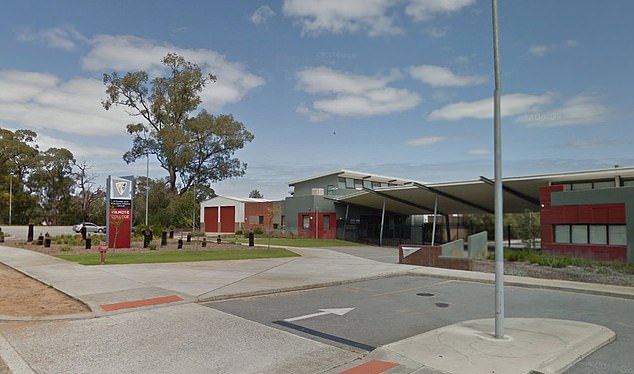 A student told the West Australian that the older boy was stabbed with a kitchen knife after being chased.

'Teachers had to grab him and take him away and tried to get the knife off him,' the student said.

'I was just kind of scared because there was a kid quite close to me running around with a knife. It was kind of confronting as well.'

A message sent out to parents by the Associate Principal Jenny Lobb advised parents to remain calm after the incident.

'There has been an incident at Gilmore College,' the text message read.

'All students safe & in class.'

Police were called in to investigate what happened.

Meanwhile Principal Rohan Smith sent out a email to parents earlier this morning after the initial text message.

'I am writing to inform you of a serious incident involving two students that has occurred in our school, this morning,' he said.

'At this early stage, only minimal details are available, but what I can tell you is that one of our students has been taken to hospital and police are on site.

'I can assure you that all other students and staff are safe, and we will be putting in place support for any students who need it.

'Within the school, we have a team of support staff available to assist students, staff and family members.

'We will continue to provide this support as needed over the coming days and weeks.'