Business Insider
Share on FacebookShare Share on TwitterTweet
After scoring his 39th goal of the season, Haaland said: "You live as a footballer for these nights, it's just fantastic." 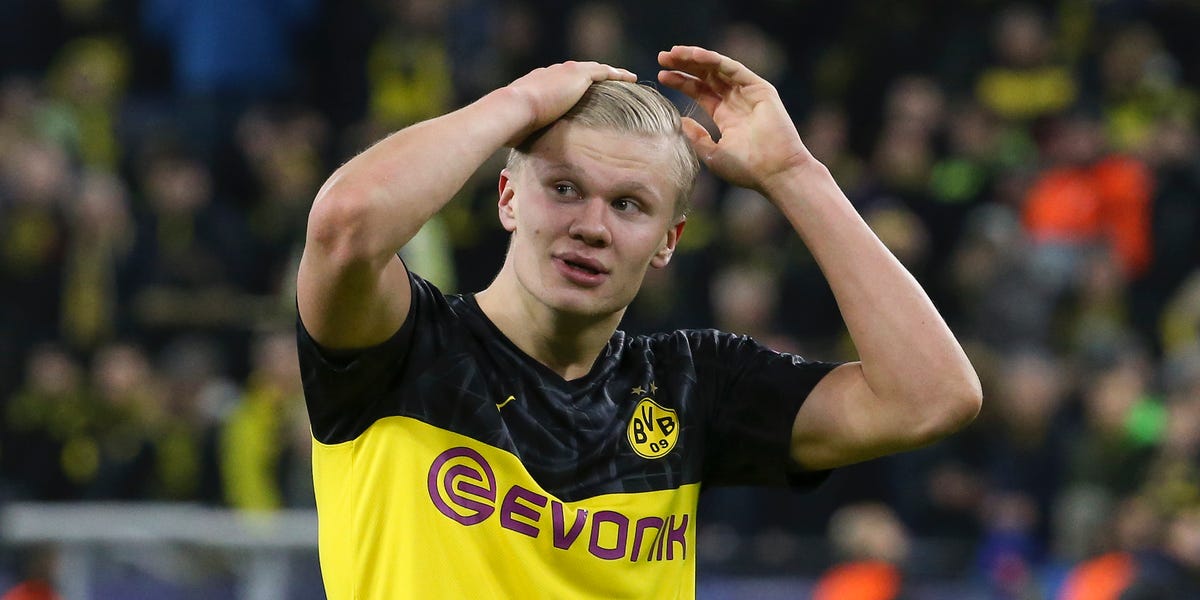 Erling Braut Haaland's sensational brace against Paris Saint Germain on Tuesday night means he has now scored more goals than the entirety of the FC Barcelona squad combined in the Champions League this season.

The 19-year-old scored twice in eight minutes to hand Lucien Favre's side a memorable win over the French champions in their last 16 first leg match.

His second goal, a thumping left-foot strike from outside the box which sent the Westfalenstadion into elation, took his tally in the competition this term to 10 — one more the Barca's current tally of nine.

It's also more than four other teams in the last 16 — Atalanta, Atletico Madrid, Olympique Lyonnais, and Valencia.

Or, if you're in a different region: here:

Haaland has now hit 11 goals in just 361 minutes of football for Dortmund since his $20 million move from RB Salzburg last month, taking his total to the season to an astonishing 39 in all competitions.

"Erling is always ready, he always wants to score goals," Favre told the club's official website after the victory. "You can see that in training and also today in the game. He scored two goals against Paris, that's something."

Haaland himself added: "You live as a footballer for these nights, it's just fantastic."

Dortmund takes on PSG in the second leg at the Parc des Princes on March 11.

A 19-year-old scores so many goals he's starting to sleep with his winning footballs, calls them his 'girlfriends,' and says Manchester United links are 'boring as f---'

FC Barcelona signed a young player the media is calling the 'new Ronaldo,' and the club says he's already worth half a billion dollars