Man shot dead during police operation on the Central Coast

Sydney Morning Herald
Share on FacebookShare Share on TwitterTweet
Police raided a property at Hamlyn Terrace on Thursday morning after they tracked an allegedly stolen vehicle to the address. 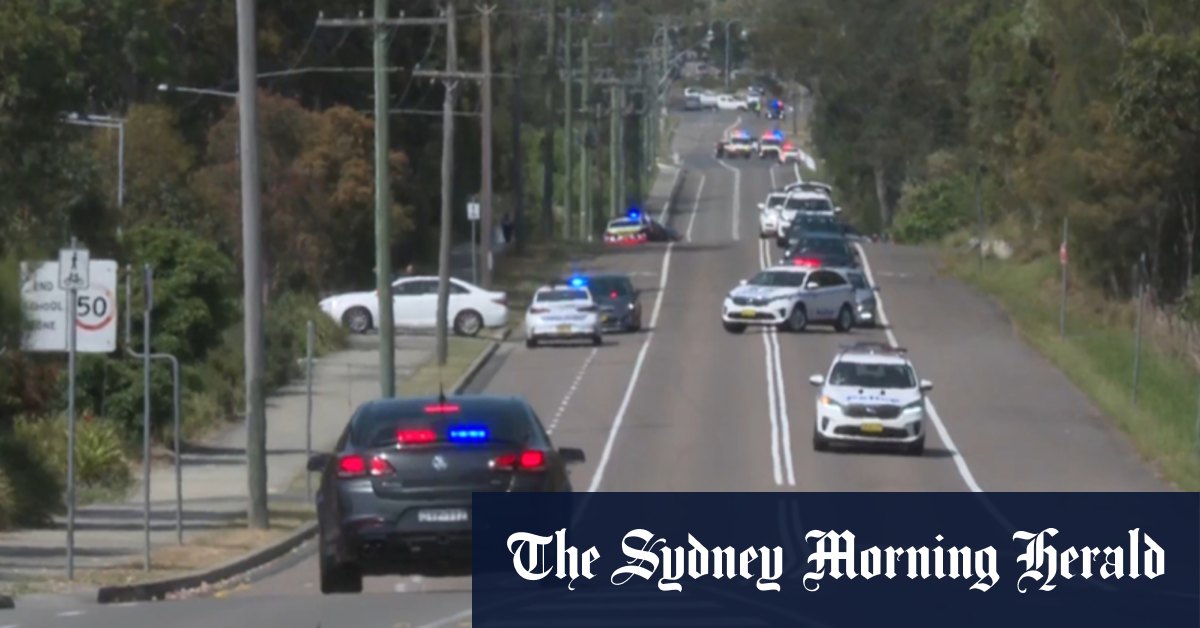 A man has been shot dead and another is believed to be on the run following a police operation on the Central Coast.

At least one of the men was armed and aimed the weapon at officers when he was confronted, police said.

He was shot and killed by police while the other man is believed to have fled. Police are searching the area, using a helicopter and dogs to sweep the property and surrounding bushland. They have warned he could also be armed.

"As a result a number of police have discharged their firearms at that offender. That person is now deceased," Assistant Commissioner Mitchell said.

He said police had acted professionally when presented with a life-threatening situation.

"In fact, I believe their actions have been very courageous given the actions of the offender," he said.

Specialist tactical operations officers were called up from Sydney to assist with the major operation at the property.

The dead man is yet to be formally identified and a critical incident investigation will be carried out by the homicide squad.

Police will also hand over information to the coroner when the circumstances and cause of the man's death are examined.

When police arrived at the property, the allegedly stolen vehicle had been set alight.

Police warned members of the public to avoid the area as the operation was ongoing. Assistant Commissioner Mitchell urged nearby residents to remain inside their homes and wait for further updates from media.

Nearby Warnervale Public School has been locked down. Minnesota Road has been closed between Warnervale Road and the Pacific Highway.

Get our Morning & Evening Edition newsletters

Fergus Hunter is a crime reporter for The Sydney Morning Herald.