How I Met Your Father Reviews Are In, Here's What The Critics Are Saying About Hilary Duff And Kim Cattrall's Show 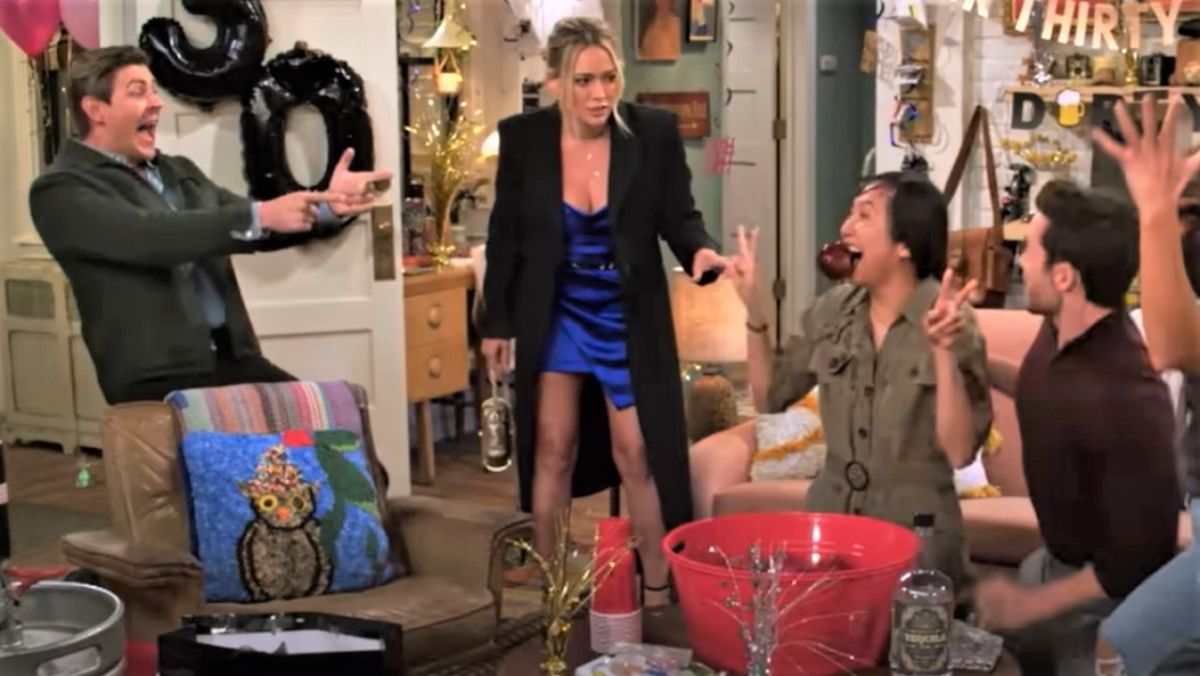 The highly-anticipated How I Met Your Father — a sequel to the CBS hit How I Met Your Mother — is just about to drop on Hulu. Hilary Duff and Kim Cattrall star in the new sitcom, and critics have had the chance to screen a handful of episodes. How do they feel the follow-up series stands up to the original?

Kim Cattrall stars as Sophie, who is explaining to her unseen son how she met his father. Hilary Duff stars as younger Sophie, and viewers will be introduced to her friend group, which includes Chris Lowell as Jesse, Francia Raisa as Valentina, Tom Ainsley as Charlie, Tien Tran as Ellen and Suraj Sharma as Sid, who are trying to navigate young adulthood and find their places in the world. Let’s take a look at what critics are saying about How I Met Your Father.

Gwen Ihnat of the AV Club grades the series a C-, lamenting that the sequel fails to capture the lightning in the bottle that made the original ensemble so special. However, she does note there are some nice nods to the OG series, including doppelganger gags.

Siddhant Adlakha of IGN says with HIMYF using similar gimmicks to its predecessor — including the laugh track and multi-camera production — it’s hard to avoid comparisons to the CBS series, which is a high bar to meet. While it’s possible the long-term narrative will pay off, the first two episodes fall short.

Caroline Framke of Variety says How I Met Your Father feels like another example of recycling nostalgia for today’s world, but it tries so hard that it doesn’t feel very modern (or very New York) at all.

Darren Franich of EW also touches on the outdated feel of the jokes, grading the series a C-. He points out the lame unboxing joke and characters saying “FOMO” and worrying about the perfect profile pic. These reasons are part why HIMYF feels more like any number of dull sitcoms and less unique than HIMYM.

It’s not all meh or bad, though. Dave Nemetz of TV Line says the series starts to find its footing a few episodes in. Though he also notes that while HIMYM struck gold with its talented cast and sharp writing, the sequel (which he says should really be called a reboot) is lacking in the latter category.

Critics are definitely not raving about the first episodes of the new Hulu series, but it does sound like fans of the original series’ premise could get hooked by the long-term story, especially as the talented cast begins to gel. Check out the How I Met Your Father trailer for yourself and see what you think.

The first two episodes of How I Met Your Father premiere on Hulu on Tuesday, January 18, with individual weekly releases thereafter on the 10-episode first season. Check out our 2022 TV schedule to see what other shows are coming soon..