Hollywood Reporter
Share on FacebookShare Share on TwitterTweet
'How I Met Your Mother' sequel series 'How I Met Your Father,' starring Hilary Duff, ordered straight to series at Hulu. 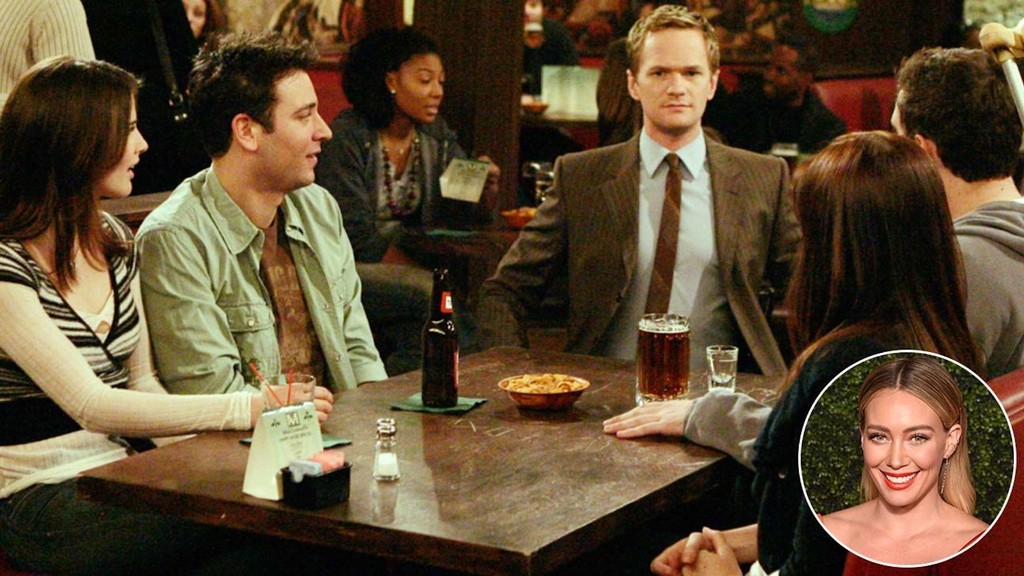 The comedy, from 'This Is Us' and 'Love, Victor' showrunners Isaac Aptaker and Elizabeth Berger, will also be exec produced by original series creators Carter Bays and Craig Thomas.

Break out the yellow umbrella.

After at least three attempts, a sequel series to CBS and 20th Television's How I Met Your Mother has come to fruition. Hulu has handed out a 10-episode, straight-to-series order for How I Met Your Father, with Hilary Duff (Younger) set to star in the comedy.

This Is Us and Love, Victor showrunners Isaac Aptaker and Elizabeth Berger will oversee the new series. HIMYM creators Carter Bays and Craig Thomas will return and exec produce HIMYF alongside Aptaker and Berger. Duff will be credited as a producer. The now Disney-owned 20th Television will serve as the studio.

"Kids, I’m going to tell you an incredible story: It’s the story of how two writers got lucky enough to make their dream TV show for nine seasons and now get to pass the torch to an inspired new creative team with their own incredible story to tell, the story of How I Met Your Father," Bays and Thomas said in a joint statement Wednesday, after teasing the news earlier this week on Twitter. "We are honored by their passion and vision, and look forward to helping them tell a legendary new story. (Thanks to all the HIMYM fans out there who waited for it.)"

Aptaker and Berger, who have an overall deal with 20th Television and have been serving as co-showrunners on NBC and the studio's This Is Us alongside creator Dan Fogelman since its second season, have been working on HIMYF since late 2016. The duo's take on the original series was at least the third time 20th Television had attempted to go back to the HIMYM well. CBS, under former entertainment president Nina Tassler, went to pilot on a spinoff, How I Met Your Dad starring Greta Gerwig, in 2014 as the flagship series was ending. That take, from HIMYM veteran Emily Spivey, Bays and Thomas, was passed over. Aptaker and Berger were hired in late 2016 and their Father take stalled at the time. A year later, You're the Worst's Alison Bennett was tapped to write a new take that also stalled. It's worth noting that all of the previous passes came when 20th Television was still owned by Fox.

"We are beyond excited to be bringing How I Met Your Father to Hulu," said Aptaker and Berger. "Carter and Craig’s iconic original series revolutionized the half-hour comedy, and we are so honored to be carrying the torch forward for the next generation — and with Hilary Duff no less! We can’t wait for audiences to meet Sophie and her crew, and watch them come into their own and find love in modern-day New York City. And we hope nobody thinks it’s weird that Bob Saget will be playing old Hilary Duff’s voice."

Aptaker and Berger will now have two series at Hulu, with HIMYF joining the second season of Love, Simon offshoot Love, Victor. The news comes as NBC's This Is Us is expected to return for its sixth and likely final season next season. Duff, meanwhile, moves from TV Land-turned-Paramount+ favorite Younger, which is in the midst of its final season on the streamer. Younger has also become a hit on Hulu, which had been the exclusive streaming home to the Darren Star comedy. She also is attached to star in a Younger spinoff from Star that remains in early development. Duff had also been vocal about her desire to move the since-scrapped Lizzie McGuire update from Disney+ to Hulu, which she thought would have been a better fit for the show.

"I've been incredibly lucky in my career to play some wonderful characters and I’m looking forward to taking on the role of Sophie," said Duff. "As a huge fan of How I Met Your Mother, I’m honored and even a little nervous that Carter and Craig would trust me with the sequel of their baby. Isaac and Elizabeth are brilliant, and I can’t wait to work alongside them and all of their genius. Just fangirling over here getting to join the Hulu Originals and 20th families. I realize these are big shoes to fill and I’m excited to slip my 6½'s in there!"

Here's Hulu's official logline for HIMYF: "In the near future, Sophie (Duff) is telling her son the story of how she met his father: a story that catapults us back to the year 2021 where Sophie and her close-knit group of friends are in the midst of figuring out who they are, what they want out of life, and how to fall in love in the age of dating apps and limitless options."

"How I Met Your Mother is a crown jewel in the 20th library and its fans have clamored for more ever since our final broadcast seven years ago," said Karey Burke, who was promoted last year to serve as president of 20th Television. "Our genius producers Isaac and Elizabeth who are — wait for it — legendary within our halls, have created a spectacular new take which both honors the original and is entirely their own. Carter and Craig will return as executive producers, and who better to star as the central character than the incredible Hilary Duff? Many thanks to Craig Erwich and everyone at Hulu Originals for loving the script as much as we did and to our fantastic team who helped put this all together. I could not be more excited. Let the speculation as to who the father is commence!"

The sequel series arrives as Disney, like other major media conglomerates, continues to mine its vast library for originals. While Disney+ is home to Marvel and Star Wars, Hulu has become a natural home for other library titles that don't necessarily fit in with the Disney+ business model. Love, Victor, for example, was originally developed for Disney+ but moved to Hulu, where Disney executives felt the series would be a better fit. HIMYF will live alongside the entire HIMYM library and join a Hulu original comedy lineup that also includes Animaniacs, Dollface, Life & Beth, Ramy, PEN15, Woke and more.

"How I Met Your Mother continues to be one of the most innovative and beloved comedies on television,” said Craig Erwich, president, Hulu Originals and ABC Entertainment. "Isaac and Elizabeth have an inspired take on this new version that honors what Carter and Craig created with the original and moves the franchise forward. Isaac and Elizabeth have proven to be rich storytellers and great partners to us at Hulu Originals and across the Walt Disney Co. family. Coupled with the passion and infectious energy Hilary brings to every role she takes on, we can’t wait to suit up and bring audiences How I Met Your Father."

A premiere timeframe for HIMYF has not yet been determined. Duff is repped by UTA and Linden Entertainment.