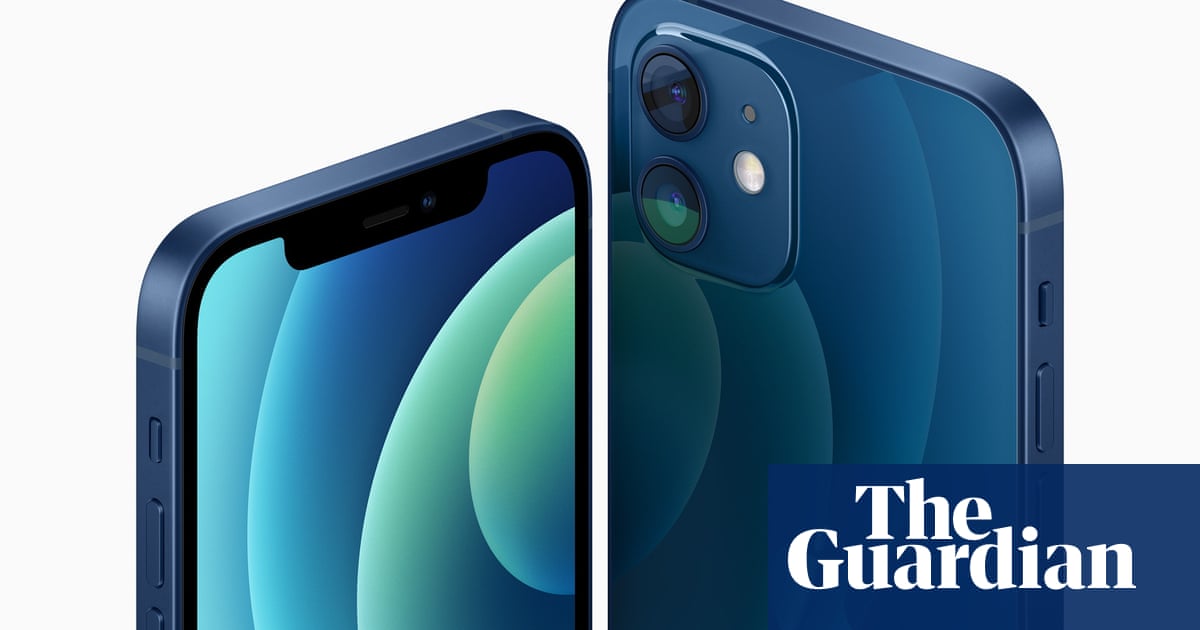 Apple unveiled its new range of iPhones on Tuesday and analysts suggested its biggest success of the season could be its smallest new product: the iPhone 12 Mini.

It will be Apple’s smallest flagship iPhone since the iPhone 6, which was introduced in 2014, and tech experts said it could mark an about-turn in the trend for ever-larger phones – and be a particularly big hit with women.

“The big news for me is the iPhone 12 Mini,” said Ben Wood, of the tech consultancy CCS Insight. “After years of phones getting progressively bigger, Apple is reversing the trend by offering a flagship product in a smaller package. I think it’ll be a hugely popular move. Where Apple goes, others follow, and I expect all rivals to make similar moves over the next 12 months.

“The fact that the iPhone 12 Mini also supports 5G is a further advantage. Apple’s positioning of the device as the ‘smallest, thinnest and lightest 5G phone in the world’ will undoubtedly grab headlines.”

As well as being a low-cost device, the Mini also addresses long-running criticisms of gender bias in the hardware design of smartphones. The author Caroline Criado Perez, in her award-winning book Invisible Women, writes: “The average smartphone is now 5.5 inches … the average man can comfortably use his device one-handed – but the average woman’s hand is not much bigger than the handset itself.”

That could lead to upgrades from users who have stuck with older or smaller devices, such as Apple’s budget iPhone SE, until now the company’s smallest phone still on the market.

The presence of 5G will help reassure those users that their new phone is future-proof, said analysts at the stockbroker Peel Hunt. The lack of a “killer app”, like mobile video was for 4G, could mean less pressure to upgrade in the short term, “but in a pandemic, your mobile is your lifeline”, they added.

The current weak point remains the mobile networks. Coverage is patchy, particularly in the US, where a specific variety of 5G, called mmWave, is being rolled out. That technology, which is not in use in most of the rest of the world, trades huge speeds for poor signal strength.

It is only supported by the iPhone 12 models sold in the US, which have had to include a special “window” in the phone to prevent the signal from being blocked by the metal case, but even then, buyers will still experience their connection downgraded by trees, buildings and even thick glass blocking line-of-sight with mobile phone masts.

Lynnette Luna, at analysis firm GlobalData, said she expected the teething problems to pass. “Apple has the clout to bring new technologies to the forefront once it adopts them – we saw this happen when 4G was a new technology. While many are concerned 5G networks are not robust enough to spur adoption of the new iPhone 12 line, there are other reasons consumers will want to buy the phone.

“Across the entire line, Apple has significantly improved the processor speed, display and camera quality, especially in low light, which should resonate with many consumers.”

What’s new in the iPhones 12

A new glass technology involving a “high-temperature crystallisation step that grows nano-ceramic crystals within the glass matrix”. Apple says that reduces the smashability of the screen by four times compared with previous models.

MagSafe for iPhone is Apple’s attempt to reduce the hassle of wireless charging – and introduce a new line of accessories to boot. Magnets in the back of the phone align it with chargers, and allow for new cases to clip on.

The latest and greatest of mobile technology is here, although for many users it may initially prove a damp squib. Fast download speeds are available in ideal conditions, at the cost of shorter battery life when in use. The real benefits will come when crowded hotspots finally manage to use the technology to increase capacity.

Think “radar with lasers” and you’re halfway there. LiDAR technology lets the new iPhones Pro accurately measure distance, even in low-light conditions. Apple says it will speed up autofocus on its cameras, but the real plan is to use it for AR, or augmented reality, technology.

The new squared-off edges on the iPhones 12 allow the screen to run closer to the edge than it ever has before. That means the iPhone 12 Mini can have a screen as big as the iPhone 6 Plus, in a device the same size as the iPhone 6.