TouringCarTimes
Share on FacebookShare Share on TwitterTweet
Former Supercars series champion James Courtney will stay with the Tickford Racing squad until the end of 2021, the Melbourne-based team confirmed today. The 2010 Supercars champ signed on to the team this year with help from backer Boost Mobile after sta 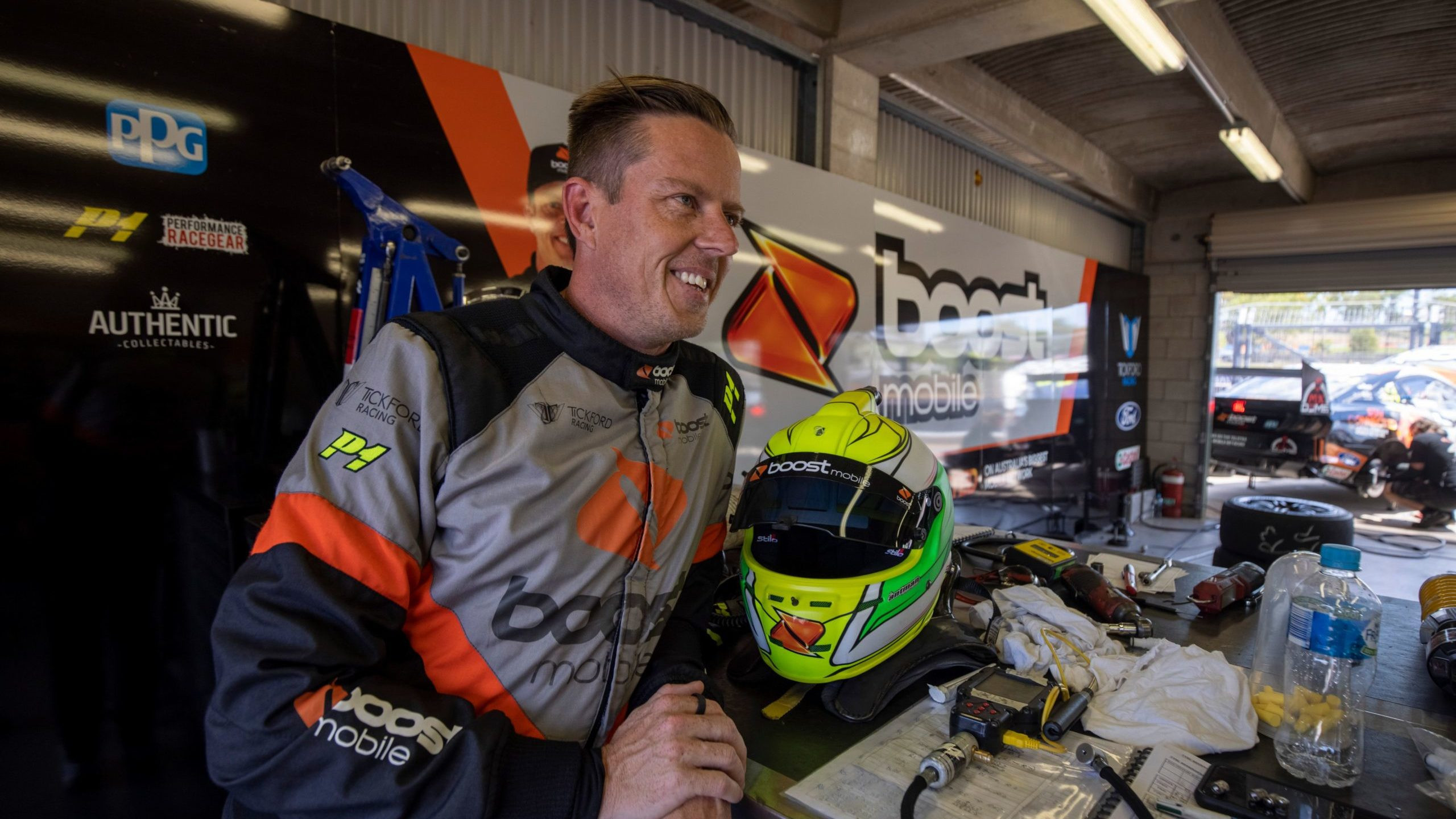 Former Supercars series champion James Courtney will stay with the Tickford Racing squad until the end of 2021, the Melbourne-based team confirmed today.

The 2010 Supercars champ signed on to the team this year with help from backer Boost Mobile after starting the first event of the year with Team Sydney, the relationship falling apart after just one round, and then occupying the seat vacated by Will Davison and Phil Munday’s 23Red Racing.

Courtney has taken one podium finish this year so far and currently sits 13th in the standings, driving with Supercars rookie and Bathurst debutant Broc Feeney in this weekend’s Bathurst 1000.

Speaking about the new deal, Courtney says he’s keen to stay with the team which has given him a new lease on his career after a few tough seasons at Walkinshaw Andretti United.

“This year’s been an absolute roller coaster with all that’s gone on, but to end up here at Tickford thanks to Boost Mobile has been amazing, and to continue this relationship into 2021 is just fantastic,” Courtney said.

“I’ve developed great relationships with the boys on my car, the team has been super welcoming since day one, and fortunately we’ve been able to score some strong results on track, too.

“I really couldn’t have asked for a better place to be, and the partnership has been great for Boost as well. I guess the saying goes ‘if it ain’t broke, don’t fix it,’ so it makes sense for all of us to keep the party going.”

Tickford boss Tim Edwards is excited for Courtney to stay on with the team and is proud of their results given all the ups and downs of 2020 that they’ve had to face.

“When you look at the way this all came together, it’s quite impressive what James and the Boost Mobile crew have been able to accomplish,” Edwards said.

“In reality, he still hasn’t had a single test day with us, but has fit right in with the team and the car extremely well. With a proper chance to prepare for a full season, we’re both confident there will be much more to come from JC and the Boost Mobile Mustang in 2021.

“To continue on with Boost in itself is tremendous, obviously they jumped on board at a critical time for our team, and it’s paid dividends for everyone. Our partnership is going from strength to strength, and points to more successes on and off the track in 2021.”