Jason Momoa shares his love for the Fender Nocaster 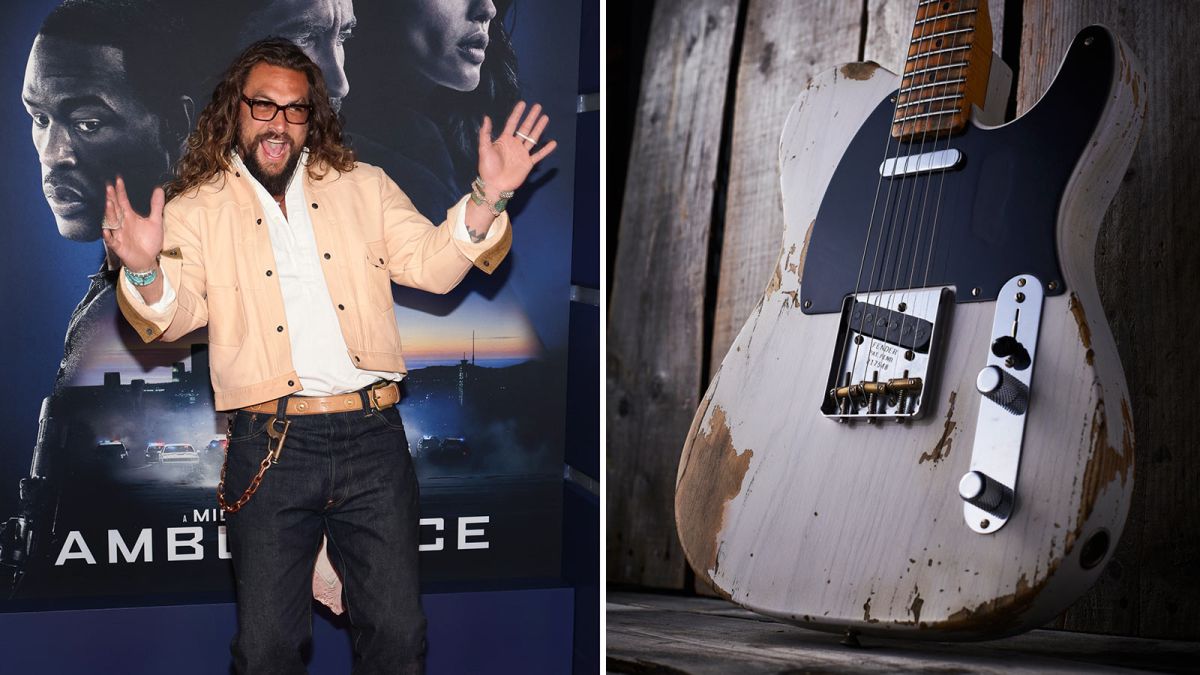 Jason Momoa is known for his onscreen roles, but he’s recently been on camera discussing his love of Fender Nocasters, as part of the guitar giant's My First Fender series.

In a brief clip over on Fender’s Instagram, Momoa takes time out from a visit to Fender’s Corona factory to briefly discuss his first electric, a Nocaster, which he says he picked up around 15 years ago.

“I actually got it at Guitar Center in Hollywood,” Momoa reveals. “I was probably 26 when I got it. It was actually my second guitar I ever had. I had a resonator and my first electric was a Nocaster.

“And it's very dear to my heart: so dear, that when I directed my first movie Road To Paloma, I gave my first guitar to my composer, who is now one of my best friends and we still make all of my movies and everything together. He composes on them – and he was not a Fender fan. And I said, ‘You have to try this…’ I loved the neck and now he loves it. It’s his favorite guitar, and he's been playing in a band for 20 years. So I converted them over to to the Nocaster.”

Momoa is likely referring to (one of) his friends Ohad Benchetrit and Justin Small, both of whom played guitar (and other instruments) in the Canadian band Do Make Say Think, before they turned their hands to composing film music.