Republic World
Share on FacebookShare Share on TwitterTweet
48-year-old Julian Assange is slapped with 18 charges in the US including the Espionage Act, for "conspiring" to gain access in US military secrets 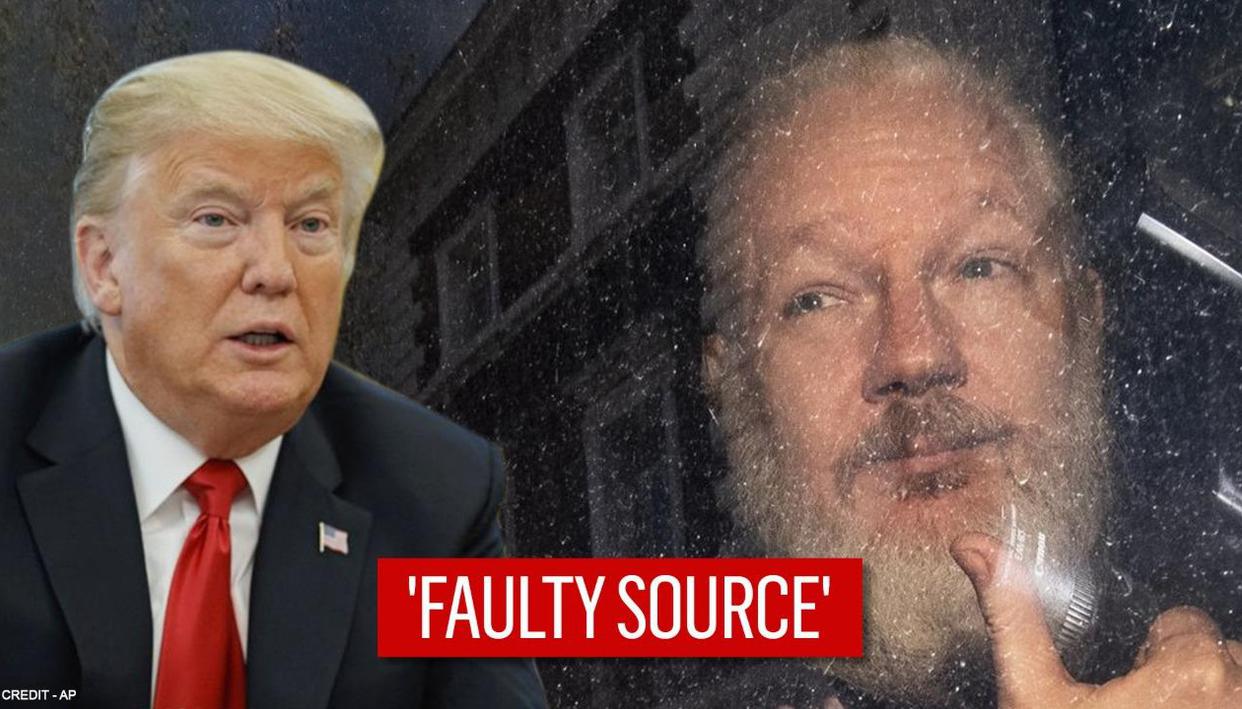 Sparking off speculation on Monday evening, US Pastor Mark Burns who is a close backer of Donald Trump said that the outgoing US President will pardon WikiLeaks founder Julian Assange. However, within three hours he blamed "faulty source" for the information, and put an end to the speculation for the time being. The incident occurred days after Julian Assange's partner, Stella Moris, had tweeted to President Donald Trump on Thanksgiving, appealing to him to pardon the WikiLeaks founder.

Moris had posted a photo of their two young children on Twitter and wrote: “These are Julian's sons Max and Gabriel. They need their father. Our family needs to be whole again.” “I beg you, please bring him home for Christmas,” she added. Moris said he has been confined exclusively to his cell for over a week because of a coronavirus outbreak on his prison block. Earlier, on December 4, former CIA employee and whistleblower Edward Snowden requested the outgoing US President Donald Trump to “free Julian Assange”, stating that he can "save his life".

Meanwhile, Assange's extradition hearing began on September 7, and he attended four weeks at London's Central Criminal Court in September. The judge overseeing the case said she would deliver her decision on January 4 next year.

READ |  Julian Assange's Partner Appeals To Trump To Pardon Him

The 48-year-old currently imprisoned in Belmarsh is slapped with 18 charges in the United States including the Espionage Act, for "conspiring" to gain access into US military secrets between January and May 2010. If convicted, he will face up to 175 years in US prison. Wikileaks, an anti-secrecy organisation, was founded in 2006 as a platform for whistleblowers to release classified information anonymously. By 2015, Wikileaks became a portal to publish over 10 million documents, including top-secret documents. Ever since its launch in 2006, Wikileaks has published thousands of classified documents, disclosing the details from national security, war, politics to the film industry. Assange is accused of conspiring with hackers affiliated to “Anonymous” and “LulzSec” to obtain classified information, as per US Justice Department's updated indictment.

Assange's defence team states that he is a journalist and entitled to First Amendment protections for publishing leaked documents that exposed U.S. military wrongdoing in Iraq and Afghanistan. They also say that the conditions he would face in a U.S. prison would breach his human rights. Assange jumped bail in 2012 and sought asylum at the Ecuadorian Embassy in London, which ended up becoming his home for seven years before he was evicted and subsequently arrested. He has been in a London prison since April 2019.